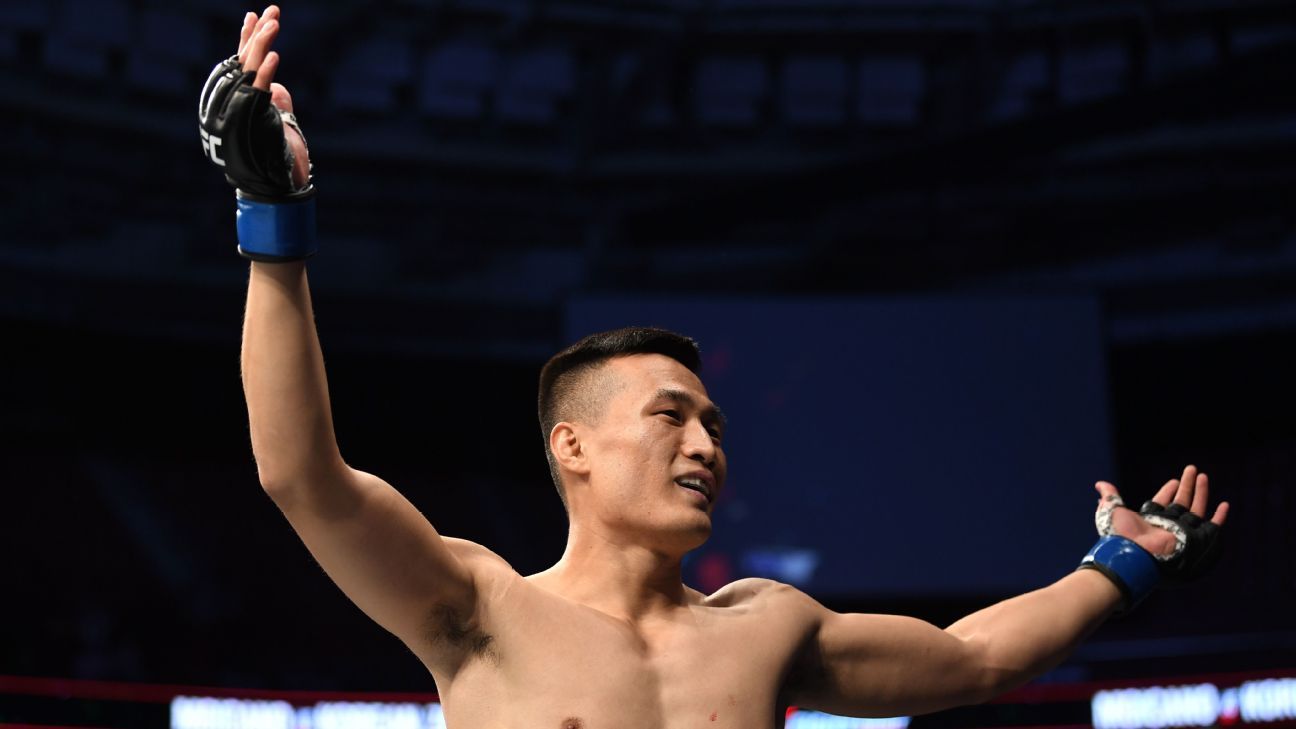 Contracts have not been signed, but the UFC is working on finalizing the 145-pound contest. The promotion has not announced an official location for the event.

Ige (15-3) publicly called for a matchup against Jung, aka “Korean Zombie,” after his last performance on March 13. The Las Vegas-based featherweight knocked out Gavin Tucker with a right hand in just 22 seconds. He collected a $50,000 Fight Night bonus for the performance, living up to his Dan “50k” Ige moniker.

Jung (16-6) is coming off a five-round decision loss to Brian Ortega last October. The South Korean was on the verge of a title shot before the loss, with back-to-back first-round finishes of Renato Moicano and Frankie Edgar. Despite the setback, he remains the UFC’s No. 5-ranked featherweight contender.

The top of the UFC’s 145-pound division is already set, with champion Alexander Volkanovski and No. 1 contender Ortega scheduled to coach against one another on an upcoming season of The Ultimate Fighter reality series. The two coaches will square off in a championship fight at the conclusion of the season, although there is no official date for that fight.

Former champion Max Holloway is widely considered to be on deck for the winner of the eventual title fight between Volkanovski and Ortega.