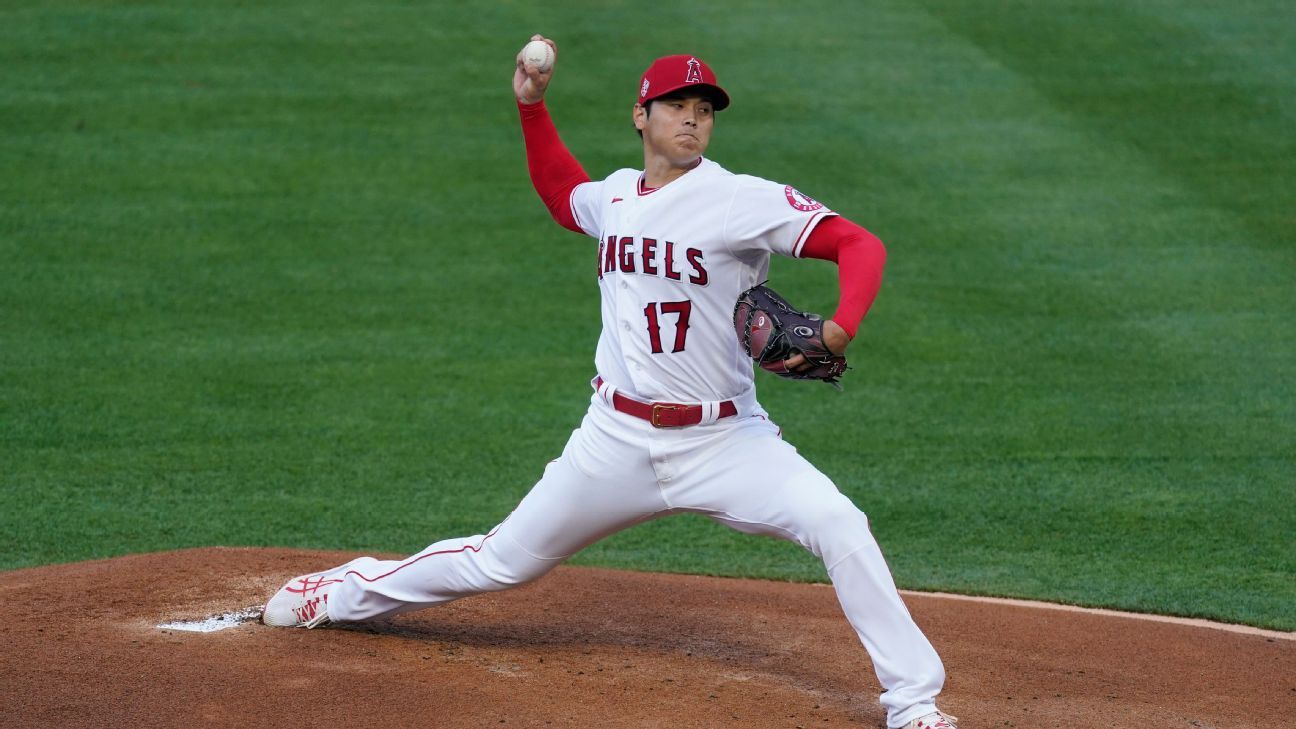 ANAHEIM, Calif. — Shohei Ohtani threw a baseball 101 mph in the top of the first then hit a baseball 115 mph a half-inning later, a stirring start to a historic Sunday night for the Los Angeles Angels’ two-way sensation.

Ohtani, pitching and hitting in the same game for the first time in his career, retired three of the first four Chicago White Sox batters he faced in the top half of the first inning, throwing three pitches in the triple digits — including a 101 mph fastball to Adam Eaton, which was followed by a nasty splitter in the dirt to record a strikeout.

In the bottom half, Ohtani turned on the first pitch he saw from White Sox right-hander Dylan Cease — a chest-high, 97-mph fastball — and launched it 451 feet to right field, giving himself some early run support.

Ohtani’s pitch to Eaton (officially 100.6 mph) was the fastest-thrown pitch of any starting pitcher this season, and his home run (with an exit velocity of 115.2 mph) was the hardest-hit homer of the season by any player.

Ohtani, who succumbed to Tommy John surgery following his rookie season, had accumulated only 53 1/3 innings as a pitcher since his major league debut in 2018. But Angels manager Joe Maddon has committed to him as a two-way player in 2021 and has lifted a lot of the restrictions that were previously put in place, which kept him from being in the lineup the day before, the day after and the day of his starts.

On Sunday, he became the first starting pitcher to bat second in a game since Jack Dunleavy in 1903.