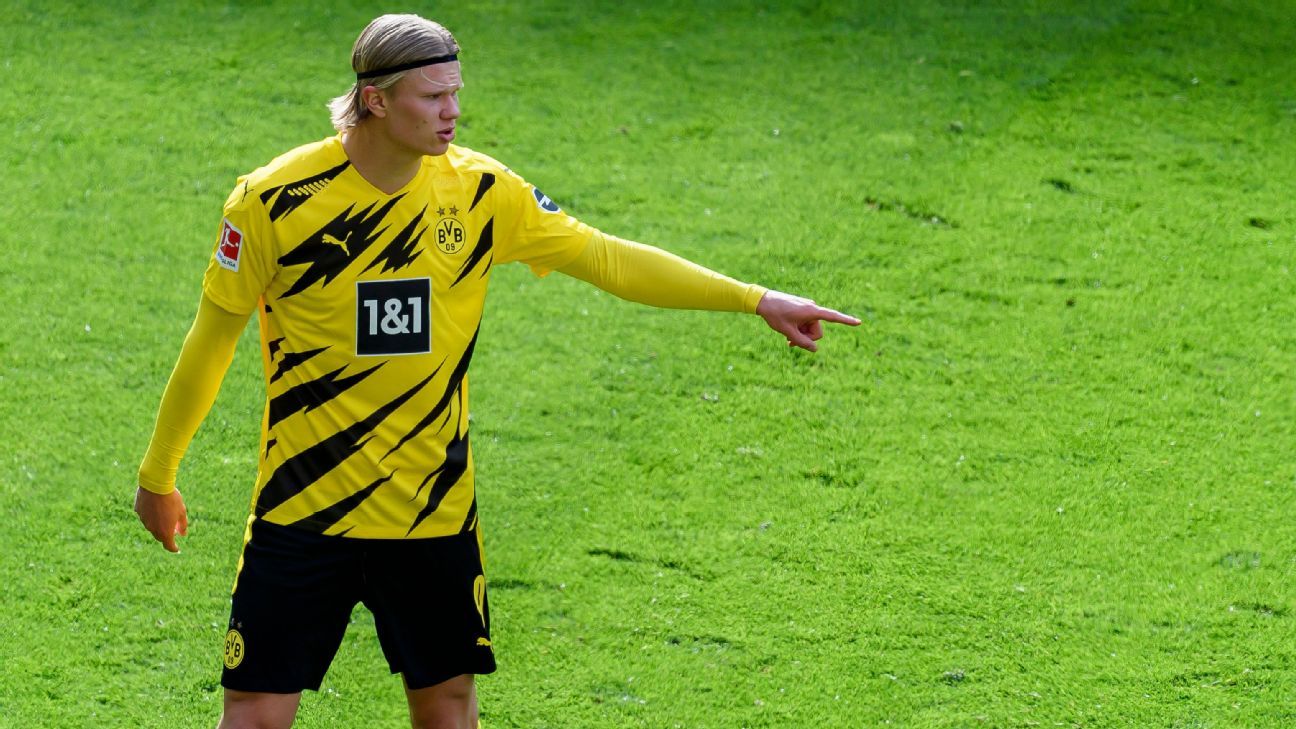 Barcelona will continue to pursue the signing of Erling Haaland after meeting with his representatives last week but several sources at the club have told ESPN it will be “very difficult” to do a deal for the Borussia Dortmund striker.

New Barca president Joan Laporta met with Haaland’s agent Mino Raiola and his father Alf-Inge in the Catalan city on Thursday to discuss a transfer. Raiola and Haaland Sr. also met with Real Madrid representatives later in the day.

Sources have told ESPN that Laporta left the meeting committed to trying to sign the Norway international but there’s also an acknowledgment that Barca’s financial situation is likely to impede a potential deal.

Barca’s gross debt has risen to nearly €1.2 billion and the club need to reduce their wage bill. Laporta said in his inauguration speech that he will have to make big decisions and Barca would have to sell several players for sizeable fees to even consider Haaland — who has a €75 million release clause that can be triggered in 2022 — this summer.

Last summer saw Barca focus on reducing the wage bill, with several big earners, such as Ivan Rakitic, Arturo Vidal and Luis Suarez, allowed to leave for nominal fees. One source told ESPN, in the financial climate Barca are in, a similar transfer window is expected this time around.

However, Laporta is planning for all eventualities. He met with Ronald Koeman during the international break to start planning for next season. The Barca coach wants a striker added to the squad, with Haaland’s name at the top of the list of targets.

ESPN reported in March that Dortmund would want €180m for Haaland this summer, while reports in Spain this weekend suggested Raiola and Haaland Sr. would each want €20m in commission in addition to a €30m net salary for Haaland.

Raiola knocked those reports back on Twitter on Sunday, calling them “fake news.”

Several Premier League clubs have also been credited with an interest in Haaland, although Manchester City coach Pep Guardiola said last week that “with these prices, we are not going to buy any striker. It is impossible, we cannot afford it.”

Meanwhile, Koeman is still insisting on signing Memphis Depay from Lyon. He is out of contract in the summer and could therefore arrive for free. Barca tried and failed to sign him last October.

Several sources at the club have told ESPN they believe Koeman — who has turned Barca’s season around with an 18-game unbeaten run in La Liga moving them to within four points of leaders Atletico Madrid with a game in hand — will end up getting his way.

Talks are also at an advanced stage to sign Manchester City defender Eric Garcia on a free. The Spain international is out of contract in the summer and Barca are finalising the terms of the agreement with his agent, Ivan de la Pena.