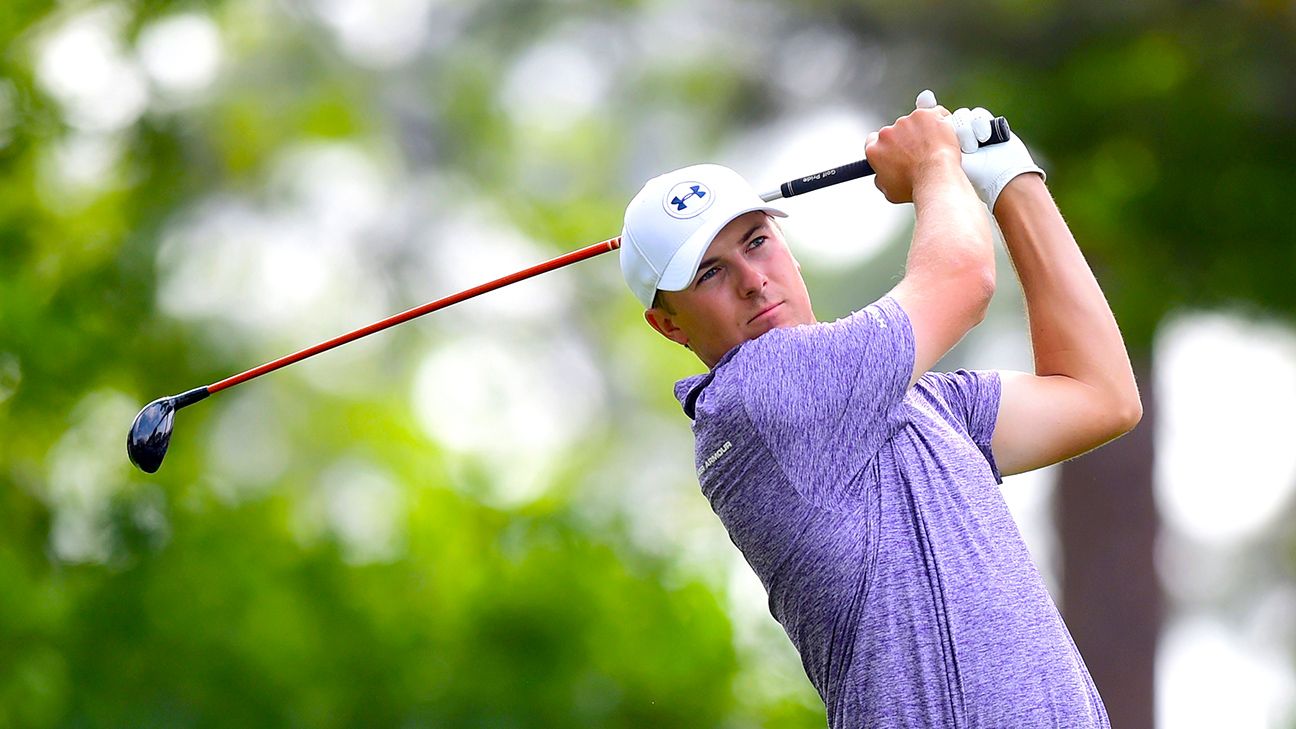 AUGUSTA, Ga. — Jordan Spieth got to drive down Magnolia Lane late Monday morning with a sense of relief.

For the first time in nearly four years, he was a winner again Sunday on the PGA Tour, the constant scrutiny and questions concerning his troubling play now changing to talk of him being among the contenders at the Masters.

DraftKings now lists Spieth among the favorites, along with defending champion Dustin Johnson and Bryson DeChambeau.

“When you’re coming in form, it’s a good feeling when you arrive here, and I’ve had that a few times,” Spieth said. “I love being here. I love being on the grounds. It’s my favorite tournament in the world. I’ve expressed that many times here.

“Yesterday [at the Texas Open] was a great day. That was a lot of fun being in contention, having the putts kind of go in. As I’ve mentioned over the last six weeks or so, you put yourself in that position enough times, the bounces will go you way.”

Spieth, 27, had not won since his 2017 victory at The Open, his third major title and his 11th PGA Tour victory.

But the following years were bleak. Until February, Spieth had barely contended in a tournament in two years. After missing the cut at the Farmers Insurance Open, he dropped to 92nd in the world. He was still ranked as high as No. 2 in the world after the 2018 Open, where he was the 54-hole co-leader before fading to a tie for ninth.

Spieth showed signs of breaking out of his slump when he was in contention at the Waste Management Phoenix Open, where he tied for fourth after holding the 54-hole lead. He tied for third the following week at Pebble Beach and then tied for fourth at the Arnold Palmer Invitational. After his victory, he is now 38th in the world.

And all the while, despite all the temptations, Spieth did not make any rash decisions. He stuck with his caddie, Michael Greller, and longtime swing coach, Cameron McCormick. Sometimes players who struggle will fire agents, trainers and any number of people in their inner circle.

“I think I needed to look back and take responsibility,” Spieth said. It’s part of the game. It’s not like I lost my Tour card. I just wasn’t winning three times a year. I think if I won once a year since then you guys still might have called it slightly a slump off of some years. It’s all about whatever the expectations of the individual are and what they can manage from the outside.

“For me, it was taking ownership and this is what happened. I believe in my team. They have proven themselves to be the best in the world, and how can we all get a little bit better through this and what steps are we going to take forward to be able to feel this momentum together as we start to make progress in the right direction and then believing that’s happening.”

Spieth joined Phil Mickelson, Tiger Woods, Rory McIlroy and Justin Thomas as the only players in the last 40 years to win 12 times before age 28.

And he’s not satisfied. Spieth was the first to acknowledge that he is not at the level he was playing at when he won three major championships between 2015-17. The winner of the 2015 Masters has four top-3s in seven appearances, including that win and two runner-ups. “I would say I’m a little over halfway there,” Spieth said. “I’m trying to continue down the path of reversing thousands of swings and doing the wrong thing into pushing the agenda that I’m on right now where I can get it to be most of the swings feel like that … I feel on the right path, but there’s still a lot of work to go.”

For Spieth, it’s a lot better trying to do all that while knowing he’s accomplished that elusive victory.