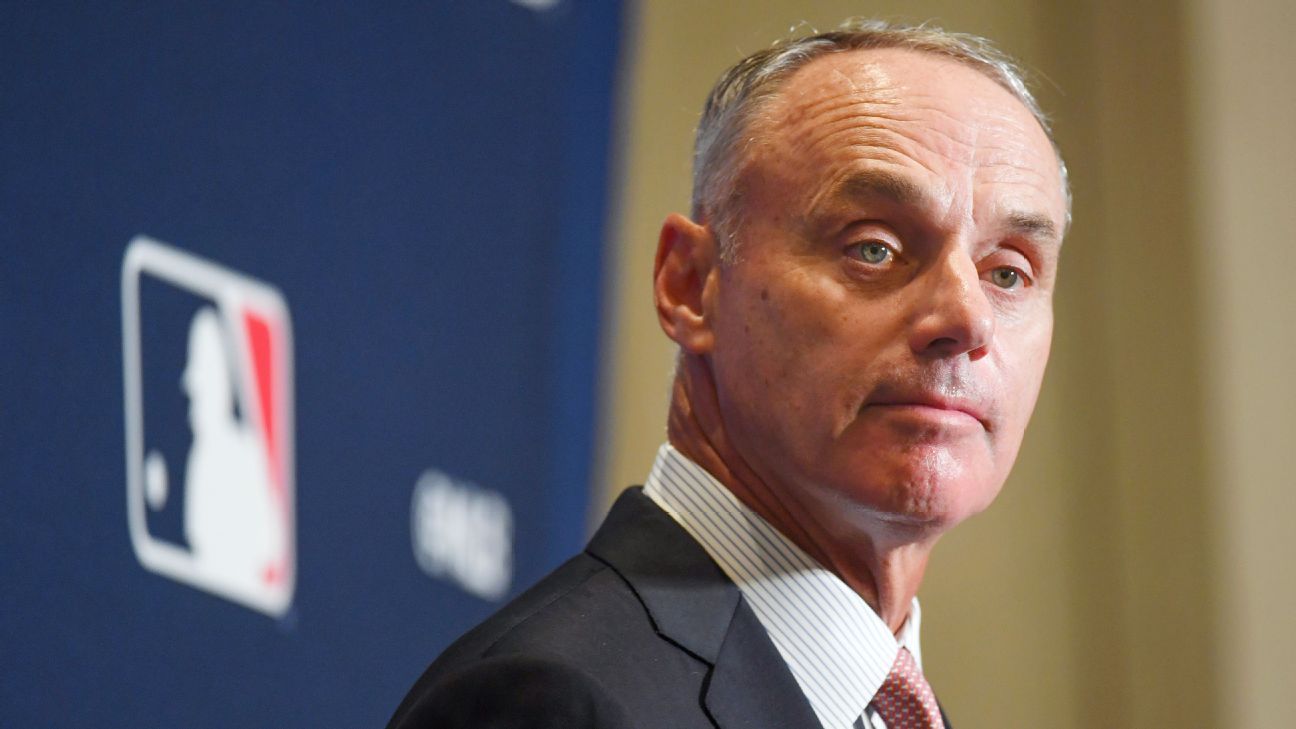 Revenge and backlash have always been the American response to defeat, especially in the case of civil rights. Despite the resulting muddiness, misdirection and outrage, the Georgia voting bill, signed into law last month, was clearly a response to defeat, just as the Jan. 6 attack on the U.S. Capitol was. Sports have always been expected to provide a form of talcum to assuage the effects of backlash, the illusion that the games reflect a certain national unity through its diversions — the Super Bowl, the Final Four, the World Series. My team, your team, our country.

Through the lens of civics and values, sports as an industry have not handled the difficulties particularly well. The 20th century was the sports century, and in it, the games have enthusiastically condoned racism, homophobia, war, sexism, sexual abuse, police brutality, domestic violence, performance-enhancing drug use, nationalism, and in the case of college sports, exploitation of athletes for decades. The games, and those who run them, however, have always been motivated by two primary concerns: reacting within the general mood of the country and, especially, responding to the concerns of corporate partners. Tyreek Hill didn’t hurt business, Ray Rice did. The notorious Arizona anti-immigration bill, signed into law in 2010, was a heinous piece of legislation, but Bud Selig and baseball had no intention of moving spring training to voice displeasure. Major League Baseball removing the All-Star Game from Georgia last week is just the latest example of a league mitigating damage to its image through such a framework; it just so happened that damage control and doing the right thing in this instance happened to be one in the same.

For baseball to have played the All-Star Game in Atlanta — while also honoring the late Henry Aaron — without any real significant denouncing of the new law would have been for it to take an unnecessary risk. It would have exposed itself to the embarrassment of playing its midseason showcase in a state that sought once again to aggressively disenfranchise and suppress Black votes. It would have done so just months after its historic inclusion of the statistics of Negro League players into the mainstream record books. And it would have done so after stating its commitment to no longer be a passive observer to the nation’s massive social upheavals.

Had they stayed in Georgia, baseball commissioner Rob Manfred and his sport always would have been remembered as the sport that rewarded Georgia’s fiction — that the 2020 election and its subsequent senatorial runoff were stolen — and that the deadly attack on the U.S. Capitol was justified. Few if any major corporations in America, even tangentially, want to be associated with the discredited, corrosive narratives of the 2020 election, especially when considering it was precisely that type of rhetoric that incited the violence on Jan. 6. Manfred’s corporate sponsors were already uneasy. In calling on all of corporate America to oppose laws that would restrict rights of Black voters, 72 Black business executives were also effectively speaking to baseball, pressuring the game to make a statement. Georgia’s robust relationship with Hollywood is also under pressure. To them, doing business with Georgia governor Brian Kemp just wasn’t worth it.

From a corporate standpoint, the headache was no more worth it than it was for the NFL to support Colin Kaepernick’s constitutionally protected right to protest. In that case, the NFL and its teams sacrificed ostensible American values; no team signing Kaepernick was consistent with the mood of the popular mainstream. New York Giants owner John Mara and Baltimore Ravens owner Steve Bisciotti both said they feared signing Kaepernick would hurt their bottom line, financially and with their relationship with the fans — not because Kaepernick was legally or morally incorrect, but simply because kneeling was highly unpopular. So, they caved and kept him out of football. In this case, the world following the killing of George Floyd is different than the First Amendment-crushing jingoism of post-9/11 America, and MLB made the calculation that it was better to accept the short-term criticism rather than wear the long-term hypocrisy of honoring Henry Aaron while his state went full-scale reactionary.

The events of the week amount to a civics lesson. The purpose of pressure is to elicit an action, a concession. As the rhetoric in this country increased — that it is going backward to Jim Crow, Reconstruction, Antebellum — it should also be noted that it was political pressure that landed the Braves in Atlanta in the first place. After Bill Bartholomay bought the Milwaukee Braves from Lou Perini with the intention of moving them to Atlanta for the 1965 season, Milwaukee’s Black players, Henry Aaron and Lee Maye in particular, voiced their displeasure. “I knew what was down there, and didn’t want to go back,” Henry told me of segregation years ago, repeating his position of 1964. “I was happy in Milwaukee.” Bartholomay wanted to be the man who opened up the Deep South to professional sports, but the region’s rigid Jim Crow laws and segregation were making that impossible. The 1965 AFL All-Star Game was moved from New Orleans because Black players could not find adequate housing or transportation. That game was held in Houston. As a condition to leave Milwaukee for Atlanta, then-Atlanta mayor Ivan Allen Jr. guaranteed the seating at the soon-to-be-built Fulton County Stadium would be integrated — no colored section, no colored water fountains or separate concession stands. Sports using economic pressure to a political end was precisely the point, then and now.

Fifty-six years later, the purpose of Manfred moving the game out of Atlanta was most certainly punitive, clearly as a message to the legislators who passed the bill. The decision signaled that there are consequences for aligning with toxic narratives — both attacking the legitimacy of the voting process and subsequently restricting access to it. Manfred and MLB could have kept the game in Atlanta and used their considerable political leverage to focus directly on the Georgia General Assembly. His decision also was punitive to the working poor, white and Black, the Uber and Lyft drivers, the hotel workers and concessionaires and bar owners who needed the patrons of a big-time national event to come to Atlanta and spend. Nevertheless, the message was for those very voters harmed by the decision to hold legislators accountable for positions that might harm them in the future, or if they subscribe to disenfranchising policies (as was the case during segregation decades ago) to rethink their own values. Arrogant, yes, and the workers of Georgia were damaged in the wake, but arrogance is a defining characteristic of power.

What Manfred’s decision should not be confused with, however, is any expectation that Major League Baseball the corporation should now be considered an ally in the fight against voter suppression. Nor, should the corporations who pressured Manfred be viewed as morally heroic, for during the weeks leading up to the vote, Georgia’s powerful business class remained mostly silent. They let the bill happen, and are trying, much too late, to reposition themselves against the negativity.

For its part, baseball is not seeking a repeal of the law, nor has it at this time committed to using its political action committee to run or support candidates against the Republican legislators who supported the bill. Nor has Manfred placed any public conditions or vetting on the new location. There is no place in America today that isn’t problematic. There was no epiphany here. If Manfred’s position was to say that baseball was disappointed by the Georgia legislation, and would be active in seeing the bill reversed, the sport would be operating with a new handbook of using economic and political pressure to ensure its corporate values are reflected in a state where one of its franchises is located. That is not what is occurring. MLB is recognizing Georgia is a political nightmare — one that it simply does not need. That is significant and important, and in this individual case for this individual moment, perhaps enough. After two impeachments, a pandemic, an insurrection, a country coming apart at the seams, with corporate pressures mounting — and the law itself running counter to the values of at least some of the members of baseball’s executive council — Georgia just wasn’t worth the grief. Taking all of the components into consideration, the game didn’t really have much of a choice at all.