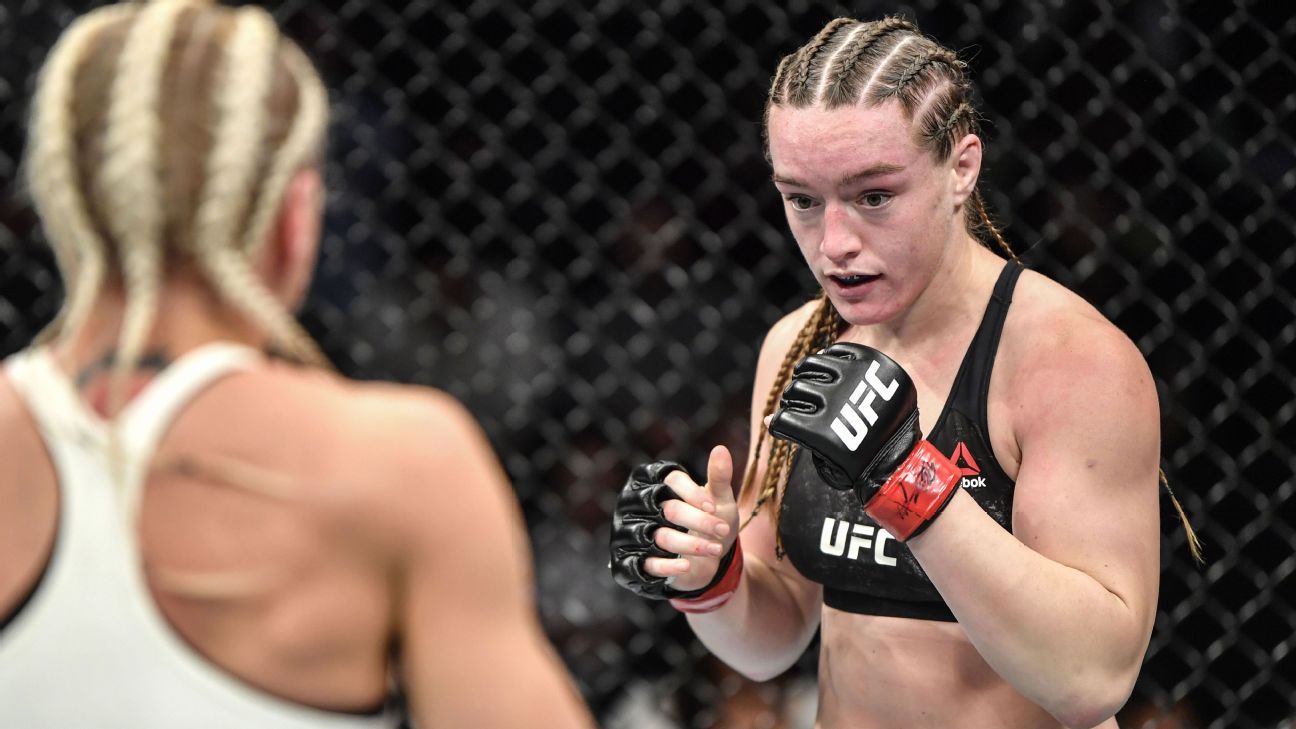 Ladd (9-1) has not fought since she defeated Yana Kunitskaya in December 2019, due to a torn ACL last June. The 26-year-old has long been considered one of the best prospects in female mixed martial arts, and is currently the UFC’s No. 3-ranked bantamweight.

Fighting out of MMA Gold Fight Team in California, Ladd is 4-1 in the UFC. She holds wins over two former Invicta FC bantamweight champions, in Kunitskaya and Tonya Evinger. Her only loss came against former UFC featherweight champion Germaine de Randamie.

Chiasson (7-1) is a former contestant on The Ultimate Fighter reality series, fighting out of Fortis MMA in Dallas. The 29-year-old former featherweight is 4-1 in the UFC’s bantamweight division. She is coming off a unanimous decision win against Marion Reneau, who is Ladd’s teammate, in March.

The UFC has not officially announced a location for the July 24 event.