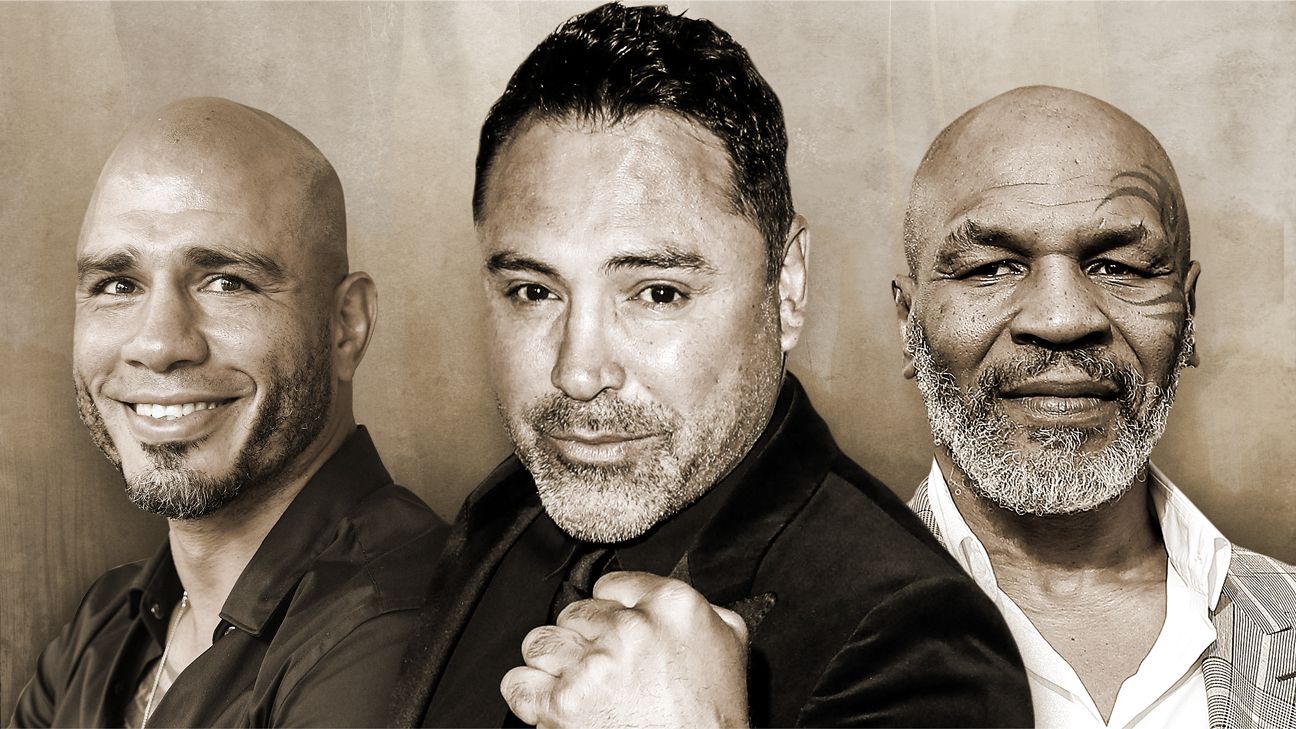 Remember the comedy movie “Last Vegas” — featuring Robert De Niro, Michael Douglas, Morgan Freeman and Kevin Kline? It was a story about a group of aging pals who visit Las Vegas in an attempt to relive their glory days.

Okay, it’s not a new plot. The story of a former champion returning to the ring for a few extra bucks is one that has been played out since the days of Jim Jeffries — over a century ago — to Joe Louis and Sugar Ray Robinson.

The former champion’s comeback is not always a sad bookend to a glorious career. After all, George Foreman’s ring return saw him crowned world heavyweight champion at age 45 in 1994.

But pulling on the gloves after years of inactivity could carry health risks. You can’t play boxing like you can other sports and simply pick it up again without getting hurt.

But all that has been brushed under the canvas by former champions out for another payday. Ego also plays a part — like a moth to a bright light, old boxers keep getting drawn back to the ring.

Get ready for the highlight reels to be recycled and forgotten rivalries to be revived. You’ll be asked to forget your conscience and fork out a pay-per-view fee to watch what could be described as some circus acts. Some might be competitive, some might not, but if we know one thing: People will watch.

There’s going to be a lot of unique matchups coming up with these formerly retired fighters. To filter out the noise, here’s a ranking of these events based on the interest they could generate.

With a combined age of 112(!), these two old heavyweights foes will generate the most interest if they meet in a third fight.

Tyson took the term “hungry fighter” to a new level in 1997 when he bit part of Holyfield’s ear off and was disqualified in a world title fight, known as “Bite Fight,” in Las Vegas.

The pair revisited their rivalry in a funny TV commercial years after Tyson had dined out on Holyfield’s ear, but many fans didn’t find the announcement of their trilogy fight a laughing matter.

After losing to Holyfield in 1996 and 1997, the hype will be around Tyson settling the score. Tyson ended 15 years of inactivity with an eight-round exhibition bout against Roy Jones Jr. in November, and if that was marketable, then Tyson-Holyfield III is.

This is another off-the-wall one. This will be all about Camacho Jr. trying to beat a guy 16 years older than him and who once beat his dad. Mexican great Chavez outpointed Hector “Macho” Camacho (who died in 2012) for the junior welterweight world title in 1992 in Las Vegas, and his last fight in 2005 — when he was way past his prime — is a distant memory.

Camacho Jr., who made his latest comeback in 2019, never achieved anything like what Chavez did, but you just hope he takes it easy on the 58-year-old, who was involved in some of the biggest fights of the 1990s, won world titles in three weight classes and is considered a legend in his home of Mexico.

Set for July 16, this fight might appeal to some boxing fans keen on nostalgia since these two Mexicans served up three outstanding fights from 2000-2004.

Don’t expect the same intensity or dislike for each other this time around though, and they won’t be fighting anywhere near the junior lightweight limit which they last met at. Barrera, who leads Morales 2-1 after the trilogy, has not fought for 10 years. Morales has been inactive for nine years, and they won’t be throwing punches at the rate they were 20 years ago.

Do we really need a fourth installment 17 years after the last one?

Cotto has only been out of the ring just over three years, and if he’s still in shape you have to worry for Marquez, who is seven years older and has been inactive for seven years.

Manny Pacquiao might be 42 and until recently still held a world title, but Cotto will not be seriously returning to the sport with this exhibition fight booked for on June 12 in Miami.

Cotto was involved in some brutal fights throughout his career, and it would be better if these two former champions in four weight classes used pillows rather than gloves to hit each other with.

Chavez Jr.’s boxing career fell apart and failed to deliver on what once seemed promising, but he is still a recent competitor at elite level. This makes it a dangerous foray into boxing for former UFC champion Silva, who will also have to cope with being a decade older than his opponent in a 10-round boxing match on June 19 at Jalisco Stadium in Jalisco, Mexico.

This will be Silva’s third professional boxing match after a TKO loss in 1998 and a second-round TKO win in 2005. That was a long time ago, and hardly evidence that he has an unfulfilled boxing career to follow.

After one of the best MMA careers in history, Silva ended his UFC run on a losing streak. Chavez Jr. has also lost three of his past five, so is there really any demand to see this sort of fight?

This is as crazy a matchup as the other bout on the card between Chavez’s 58-year-old dad and the son of one of his old rivals.

There’s no opponent yet for De La Hoya for a July 3 exhibition bout, and let’s hope it stays like that. “The Golden Boy” should stay on the safe side of the ropes rather than pursue his vainglorious mission to box again.

De La Hoya, a wonderfully entertaining boxer in his prime who has made a successful career as a promoter since his last fight in 2008, has talked about boxing again intermittently in the past few years, but for what? He doesn’t need the money.

It shows how much a boxer can miss his former life that De La Hoya is prepared to expose himself to scrutiny and criticism with this venture.

Cunningham’s last fight was less than four years ago. He was a world title challenger in 2016 and shouldn’t be too inconvenienced by Mir, who faces an extremely difficult opponent in his professional boxing debut. Mir, a former UFC heavyweight champion, will face a former world cruiserweight champion — and we know how boxing versus UFC matchups go (remember Floyd Mayweather-Conor McGregor?)