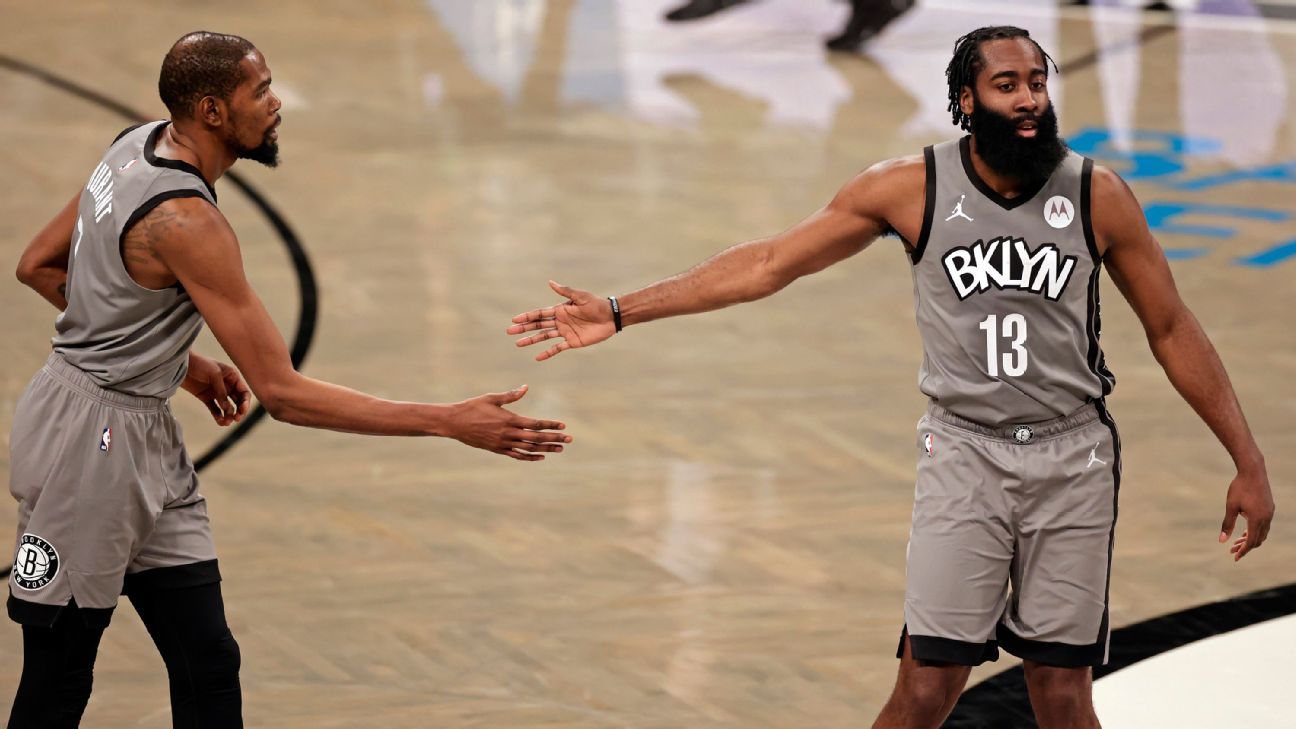 Harden played just four minutes before he was ruled out of Monday’s 114-112 win over New York. He had missed the two previous games.

One of the front-runners for league MVP, Harden is averaging 25.2 points, 8.0 rebounds and 10.9 assists for the Nets.

Durant, meanwhile, has missed the past 23 games after suffering a right hamstring strain on Feb. 13. He has played only seven games alongside Kyrie Irving and Harden. Since then, the Nets have added Blake Griffin and LaMarcus Aldridge to their roster.

Initially, Durant had been ruled out for just two games, but subsequent imaging revealed a more severe strain. Last week, Durant said that he had been sidelined much longer than he had expected.

He had moved to the “day-to-day” phase of his hamstring rehabilitation, even working out on the Barclays Center court ahead of the Nets’ game against the Knicks on Monday.

Durant has played in just 19 of the Nets’ 51 games this season. He was placed in the league’s health and safety procedures twice after coming into contact with someone who tested positive for coronavirus, missing a total of two weeks.