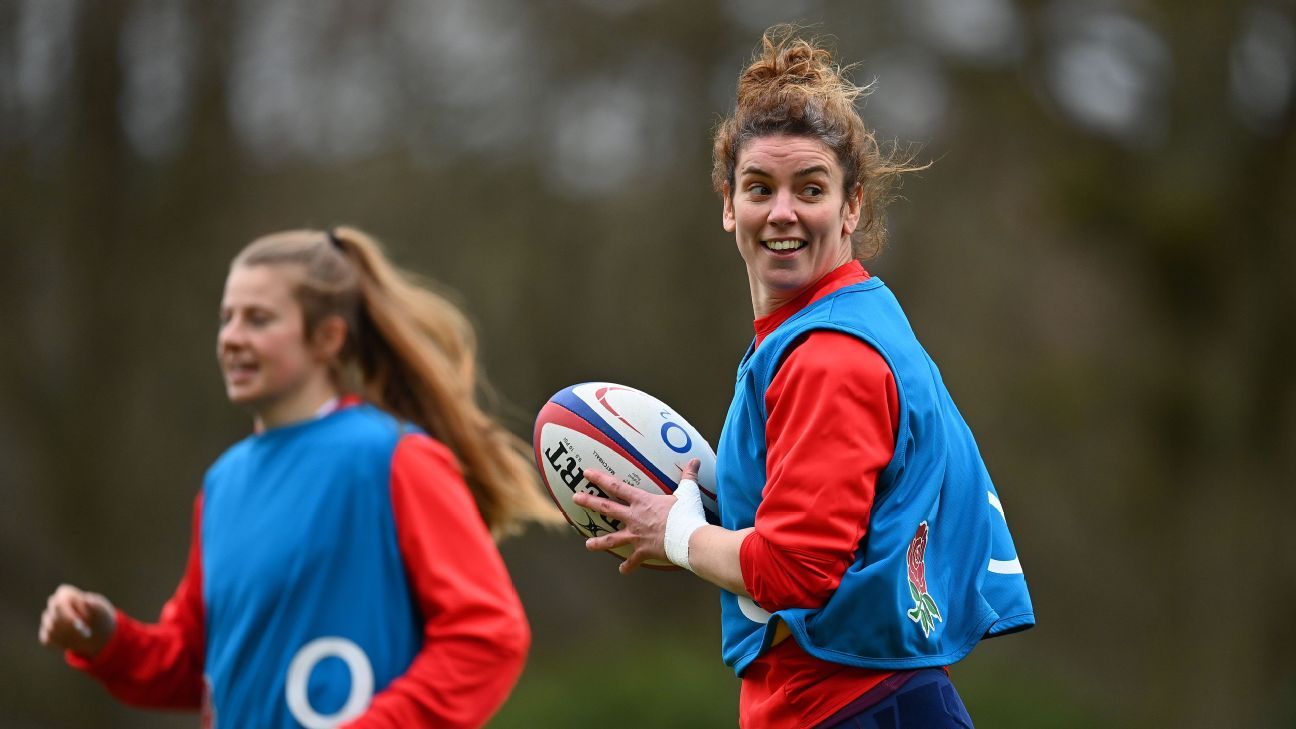 England captain Sarah Hunter is set earn her 124th cap when the Red Roses face Italy in the women’s Six Nations on Saturday, the game will mark her first international match in 13 months.

Hunter comes back in at No. 8 following a lengthy injury layoff that also saw her miss last weekend’s 52-10 win over Scotland.

Her return is one of several changes made by head coach Simon Middleton to the team that started at Castle Park on the opening weekend, with Alex Matthews and Vicky Fleetwood coming in at blindside flanker and openside flanker respectively.

Wasps backs Ellie Kildunne and Abby Dow return to the starting lineup, while prop Hannah Botterman could make her first England appearance of the season off the bench.

“This game in Italy also gives us an opportunity to look at some other combinations and we’ve decided to rotate the squad,” Middleton said in a statement.

“We’re delighted to have Sarah Hunter back in the team. She loves playing for her country and has worked so hard to get back playing.”

The postponed tournament is being played in a condensed format with two pools of three teams each, with the pool toppers playing each other in the final.

England will qualify for the final with victory in Parma.

“The biggest of games are generally decided in the latter stages so the depth of the squad and the impact of the finishers is likely to be the deciding factor,” Middleton said.

“That’s their role, to get the job done in style and that’s what we will expect to see on Saturday.”