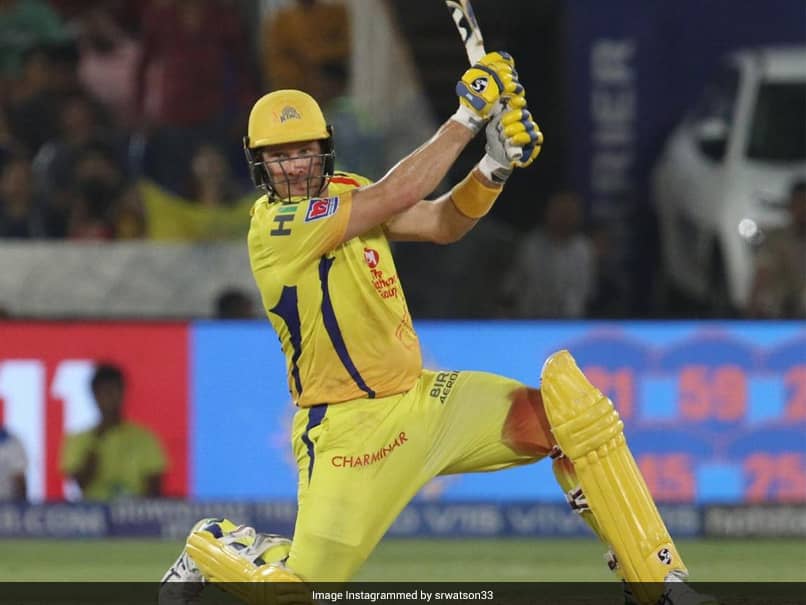 
Former Australia all-rounder Shane Watson, who has been a part of the Indian Premier League (IPL) in all the previous 13 seasons, said that he is definitely going to miss the action this year but is looking forward to watching the tournament from afar. Posting a few photographs of him in India, Watson said nostalgically that he has been “reminiscing” about the time he has spent in his “second home”.

Watson played for Rajasthan Royals (RR) and Royal Challengers Bangalore (RCB), and then the Chennai Super Kings (CSK). After playing in the last season, the 39-year-old announced his retirement from all forms of cricket. Through the post, Watson recounted how his stint with RR had revitalized his international career. He then talked about his on-stage performance with actor Shah Rukh Khan. Watson also said he had made life-long friends with people he played with.

One of the photos Watson shared was from an innings he played for CSK with a bloodied knee. During the IPL 2019 final against Mumbai Indians, Watson had injured his knee during a dive but continued his batting. It was later revealed by his teammate Harbhajan Singh that Watson needed six stitches after the match.

In the inaugural season of the IPL, Watson played a crucial role for RR, winning four ‘Man of the Match awards and also the ‘Man of the Tournament’ award. He was selected as Matthew Hayden’s replacement in the Australia team after his IPL stint. In 2013, he again won the Player of the Tournament award. A year later, Watson was named RR captain. He was then the highest-paid overseas player in the IPL.

In 2016, RCB signed Watson and he led the outfit in a few matches the next season in absence of Virat Kohli.