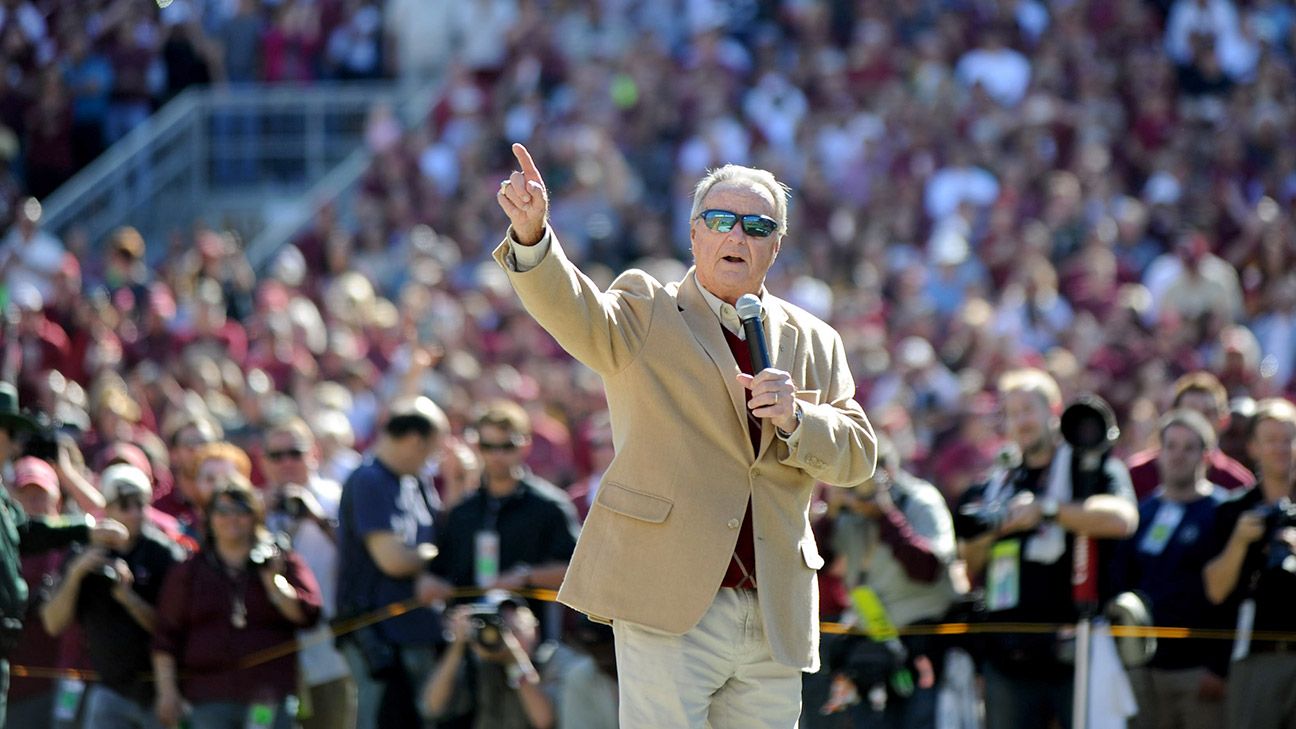 “I appreciate you giving me this honor. I will cherish it the rest of my life,” Bowden said after the governor and other speakers hailed him for his work not only as a coach but as a mentor to the hundreds of young men he assembled for his teams.

The state’s medal of freedom recognizes “any person who has made an especially meritorious contribution to the interest in citizens of the state and culture public and private endeavor.”

Bowden left Florida State under a cloud because of an academic cheating scandal that prompted the NCAA to strip the team of several victories.

Including those who worked under an interim tag, Florida State has had four coaches since, though the Seminoles won a national championship with Bowden’s successor, Jimbo Fisher.

In his first season, Mike Norvell, the current coach, went 3-6.