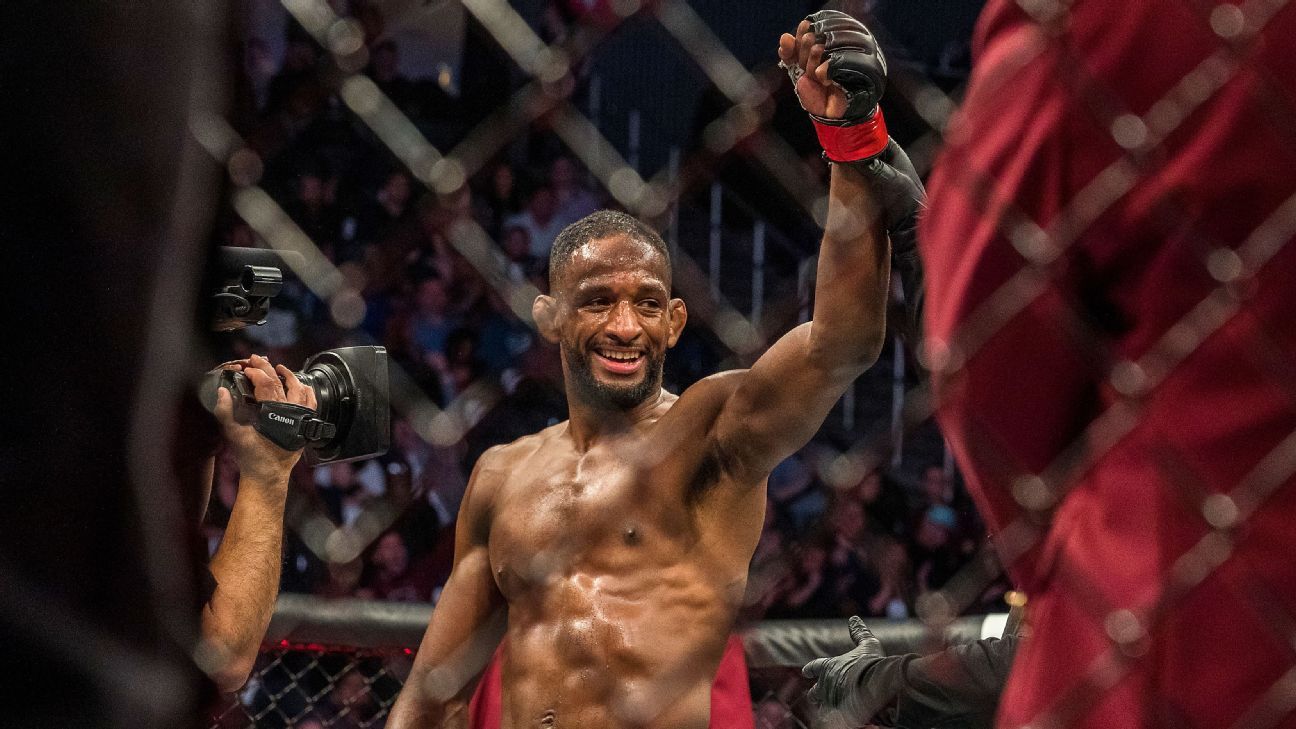 The UFC is finalizing a welterweight matchup between Neil Magny and Geoff Neal for a UFC Fight Night in May, multiple sources told ESPN.

The 170-pound bout will take place May 8 on a card headlined by bantamweights TJ Dillashaw and Cory Sandhagen. The UFC has not officially announced a venue for the event.

Magny (24-8) will look to get back on track after suffering a five-round decision loss to Michael Chiesa on Jan. 20 in Abu Dhabi. Prior to the loss, Magny, who fights out of Denver, had won three in a row. An eight-year veteran of the UFC, Magny is the promotion’s No. 9-ranked welterweight, and he holds the second most wins in the division’s history behind Georges St-Pierre.

Neal (13-3) is widely considered a potential sleeper in the welterweight division, although he is coming off a loss to Stephen “Wonderboy” Thompson in his first ever UFC main event in December. A product of Fortis MMA in Dallas, Neal is 5-1 overall in the UFC.

This matchup had been scheduled once before, in August 2020. Neal was forced to withdraw from that date due to health issues.