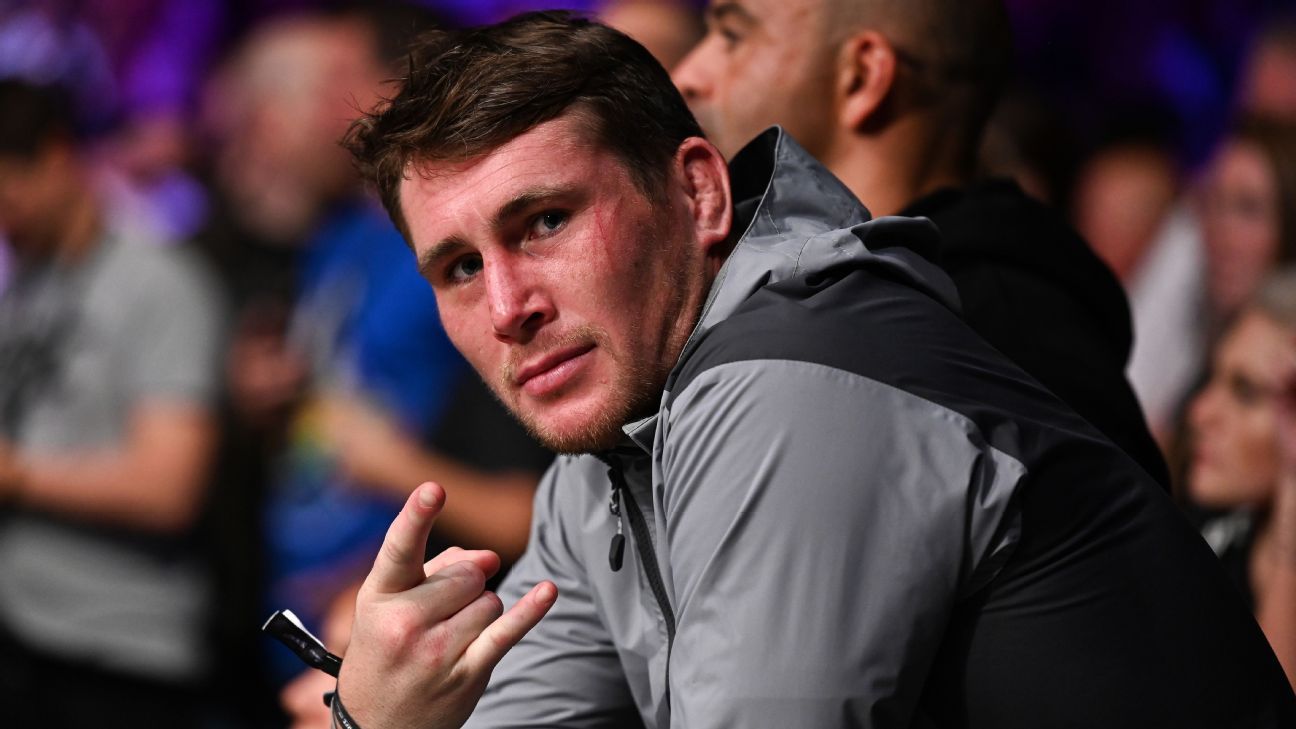 UFC middleweight Darren Till laid into Marvin Vettori in a social media post Wednesday, shortly after Vettori publicly questioned the validity of an injury Till disclosed last week.

Till (18-3-1) was scheduled to face Vettori (16-3-1) in the main event of UFC Fight Night on Saturday in Las Vegas, but he withdrew from the fight last week because of a broken collarbone. UFC middleweight Kevin Holland replaced Till on short notice and will face Vettori in a five-round bout.

During a media appearance on Wednesday, Vettori expressed his skepticism over Till’s injury.

“To be honest, I’m getting more suspicious by the day with this thing,” Vettori said. “I was expecting him to put out the X-ray of his collarbone and stuff. I don’t know. I’m getting a little suspicious.”

In a scathing response directed at Vettori on social media, Till vehemently disputed any indication he’d exaggerated an injury to get out of the fight.

“What’s up with you mate? You missing a few cells or something?” Till wrote on Instagram. “If only you f—ing knew what I went through this camp to get 2 fight you. Inside and outside the gym! Let’s have it right mate you were going to be my easiest fight, you are a walking punch bag who’s tough. Nothing more & nothing less. So keep ur bitter mouth shut.

“What do you want me to do? I’ve broke my f—ing collarbone u utter moron.”

Till went on to advise Vettori to be more happy for his peers, accused him of exaggerating his Italian roots because he now lives in California, and promised to post a picture of his broken collarbone.

Till, 28, has not provided a time frame for his return. The former welterweight title challenger is 1-1 since moving up to the 185-pound middleweight division in 2019.

For what it’s worth, Holland (21-6) also said Vettori should “shut the f— up, leave that situation alone, let the man heal up and if he still wants to fight him, fight him.”