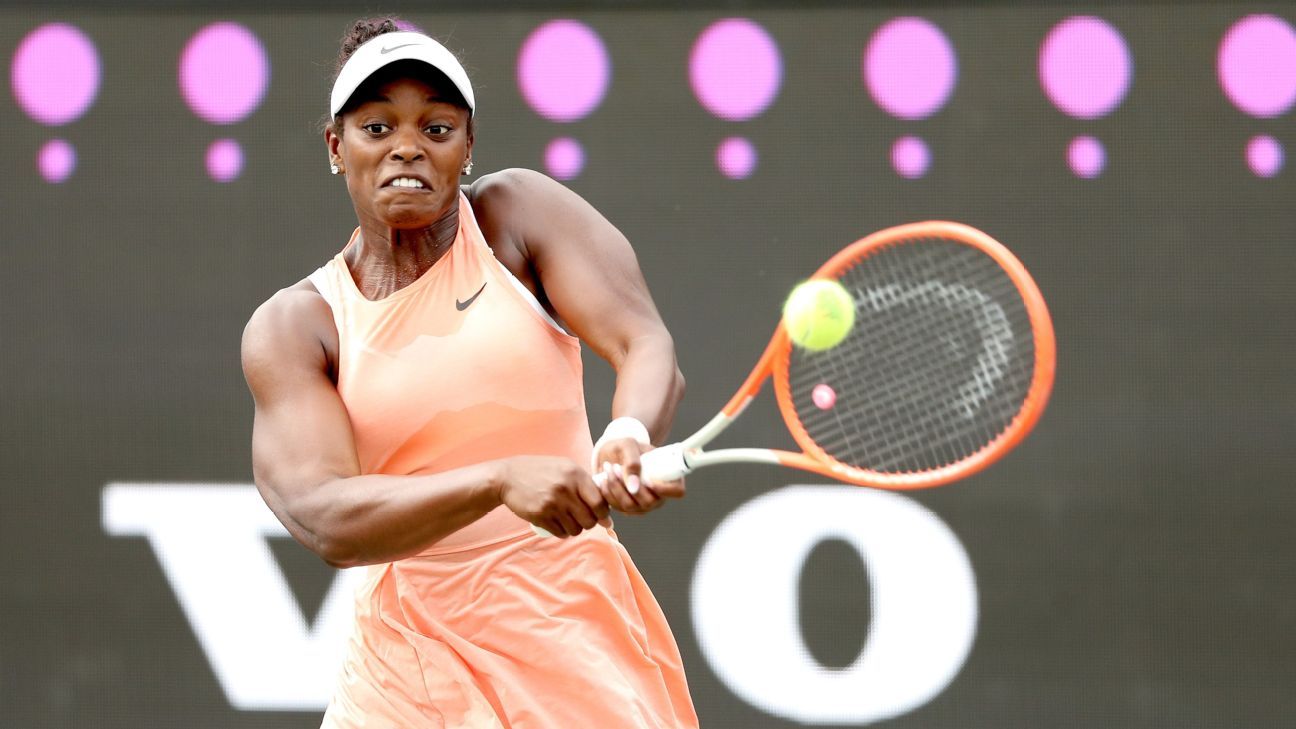 CHARLESTON, S.C. — Former US Open champion Sloane Stephens reached the quarterfinals of the Volvo Car Open on Thursday, her first time advancing this far in a tournament since the French Open in 2019.

Stephens, the American who won her Grand Slam title in 2017, ousted Australia’s Ajla Tomljanovic 6-3, 6-4. Stephens will play for a spot in the semifinals against Russian Veronika Kudermetova.

World No. 1 Ashleigh Barty, who won the Miami Open title last Saturday, has a third-round match Thursday night. She is the last of the top eight seeds left in Charleston.

Stephens had been on a slide the past two seasons, falling from No. 3 in the world to 57th entering this event. But she has won three times here, winning 11 of the final 12 points against Tomljanovic.

Things are starting to come together,” Stephens said. “Just getting my competitiveness back, I think, makes me happy. And being able to fist pump without fighting my own brain, it’s nice.”

Gauff has advanced to the quarterfinal round in three of her past four tournaments. She said she snapped herself back into the match after losing several points in a row in the second set against Davis.

“I try and keep track of that because sometimes you lose focus for 10-15 minutes and that’s three or four games,” Gauff said.

The sixth seed, Garbine Muguruza of Spain, was ahead in her match with Yulia Putintseva of Kazakhstan before retiring with a left leg injury.