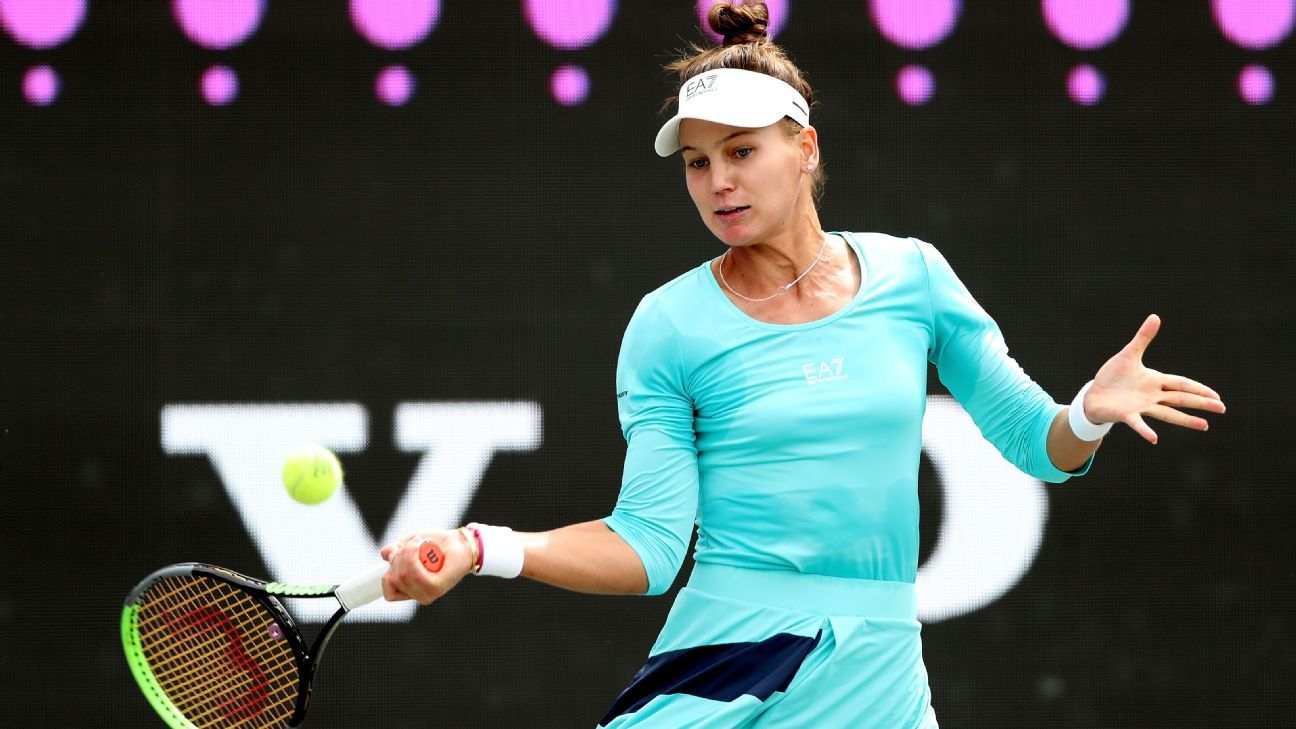 CHARLESTON, S.C. — Veronika Kudermetova of Russia and Danka Kovinic of Montenegro will play for their first WTA title Sunday in the Volvo Car Open championship.

The 15th seed, Kudermetova rolled past Spain’s Paula Badosa 6-3, 6-3, continuing a run at the year’s opening clay-court tournament where she hadn’t lost a set in four matches this week.

Kudermetova, 23, reached the final of the Abu Dhabi WTA Women’s Tennis Open in January before losing to Aryna Sabalenka.

She said she’ll try not to think much about that defeat three months ago. “I’d just like to try and work and play the final here and have fun,” she said. “It’s an amazing atmosphere here.”

Badosa, who outsed top-ranked Ashleigh Barty in the quarterfinals, tried to scratch back in the match. After losing the opening set and down 2-0 in the second, she won the next two games to tie.

That’s when the two played a 12-minute game where Kudermetova saved two break points to pull ahead. She won four of the final five games.

Kudermetova said she was nervous entering the match, but called on her emotions to pull her through. “I liked it very much,” she said.

Kovinic, unseeded and ranked 91st in the world, defeated her third seeded opponent in Ons Jabeur to make the final. She topped No. 3 seed and two-time Wimbledon champion Petra Kvitova on Thursday, then dropped the opening set against 11th seeded Yulia Putintseva in the quarterfinals before rallying to victory.

Kovinic was tied with Jabeur at 3-all in the opening set, then won seven straight games to take control. It is Kovinic’s first finals’ appearance in a WTA tournament since a clay-court event in Instanbul, Turkey in 2016.

The 26-year-old had no illusions that would change when the week began. “To be honest, I didn’t feel 100 percent confident” entering this tournament, she said. “Match by match, my game improved and my confidence raised a little bit and everything came together. I’m in the final right now.”

Kudermetova and Kovinic have met just once previously, the Russian taking a qualifying round match for the Shenzhen Open in China in December 2018.