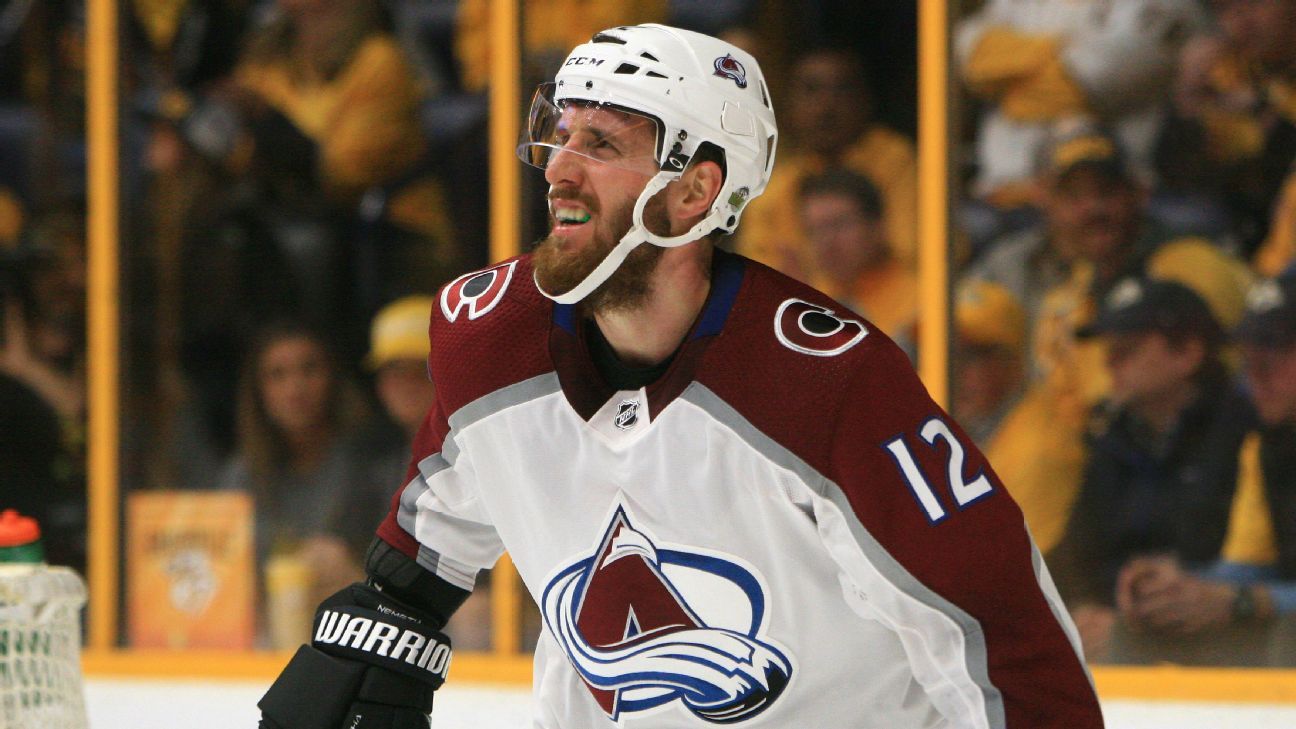 DENVER — The Colorado Avalanche reacquired Patrik Nemeth, trading a fourth-round pick to the Detroit Red Wings for the veteran defenseman.

The 6-foot-3, 228-pound Nemeth was a big presence in front of the net when he was in Colorado, leading the team in blocked shots with 185 in 2017-18. He joins a young but talented blue line that includes Samuel Girard, Cale Makar and Bowen Byram, who was added Friday to the list of players unavailable due to COVID-19 protocols.

Colorado is without veteran defenseman Erik Johnson. He has been limited to four games this season because of a lower-body injury.

Nemeth appeared in 13 postseason games while in Colorado. He led the team in average ice time and hits during the 2018 Stanley Cup playoffs.

The 29-year-old Nemeth had two goals and six assists this season for Detroit. The eight points were third among Red Wings defensemen.

Nemeth was originally a second-round pick by the Dallas Stars in the 2010 draft. He has seven goals and 49 assists in 353 career games.

Before coming to America, Nemeth suited up in the Swedish Hockey League for four seasons.