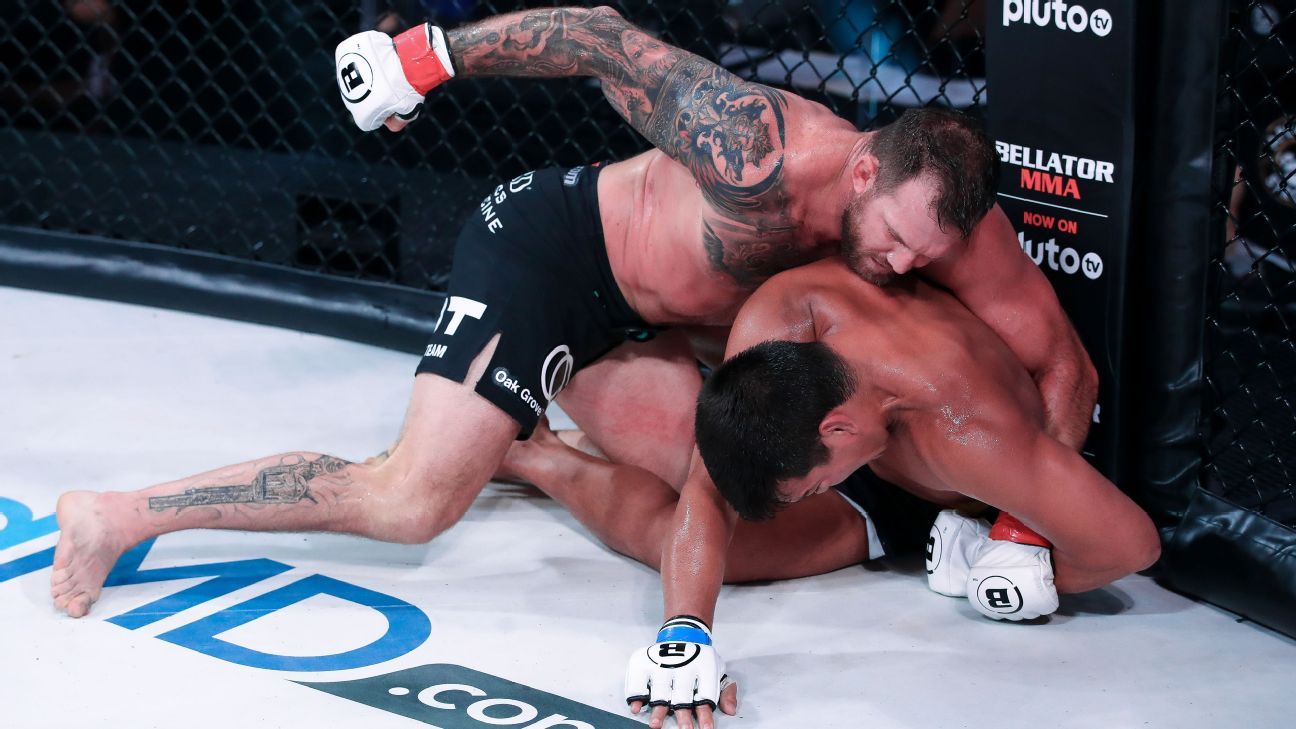 It took Ryan Bader nearly a decade to get payback, but when it finally came on Friday night, it came in a big, brutal way.

The fight, a rematch of a 2012 UFC bout in which Machida handed Bader the first knockout loss of his career, kicked off the Bellator Light Heavyweight World Grand Prix and sent Bader to the semifinals. He will face the winner of next Friday’s bout between new signee Corey Anderson, formerly a top UFC contender, and Turkmenistan fighter Dovletdzhan Yagshimuradov.

“Redemption felt good,” said Bader, the first fighter to be a Bellator champ in two weight classes simultaneously. Last August, he dropped his 205-pound belt to Vadim Nemkov, losing by second-round TKO. This win was Bader’s first since January 2019.

After a difficult start, in which he absorbed some heavy body kicks, Bader (28-6, 1 NC) took over midway through Round 2, when he finally trapped the elusive Machida against the cage and scored a takedown. Bader spent the rest of the round bloodying the 42-year-old’s face with punches while controlling him on the canvas.

“The first couple of rounds are tricky with Machida,” said Bader, who is 37 and from Chandler, Arizona. “I knew I had to throw heavy, back him against the fence and get the takedown.”

Bader did more of that in Rounds 3, 4 and 5, and in the final two rounds, the takedowns came inside the first minute and the beatdowns of an exhausted Machida were relentless. Bader landed 67 punches in the fight, delivering them with fists, elbows and forearms. By the end, Machida’s face was swollen and bruised, with the area under his left eye taking the worst of it.

The beating made it an easy call for the cageside judges. Two of them scored the fight 49-45 for Bader, and the other one had it 49-46.

Machida (26-11) has lost three in a row. A Brazilian who fights out of Los Angeles, he won the UFC championship in 2009 and reigned through one title defense before losing the belt the next year.

Bader and Machida met in August 2012 in the UFC, and Machida, two years removed from his title reign, got the TKO in the second round after countering an onrushing Bader. This time Bader was the one dishing out the damage.

The Bellator Light Heavyweight World Grand Prix continues next Friday with two more quarterfinals at Mohegan Sun Arena, which again will be empty of fans because of the coronavirus pandemic. Nemkov, the champion, will face former champ Phil Davis, and Anderson will take on Yagshimuradov. The fourth quarterfinal, on May 7, matches up a couple of high-profile signees, Anthony Johnson and Yoel Romero. Johnson, best known by the nickname “Rumble,” has not fought since his unsuccessful challenge of then-UFC champ Daniel Cormier in 2017.

Bader will be watching. Next week, he’ll be pulling for Anderson, who has trained with him.

Bader is up for that. He won his heavyweight belt in 2019 in a grand prix, so he knows the drill.

“I ran through another tournament and had fun,” he said. “That’s why I came down here. Doesn’t matter who’s in my way. I just want that belt back. This was the first step right here.”