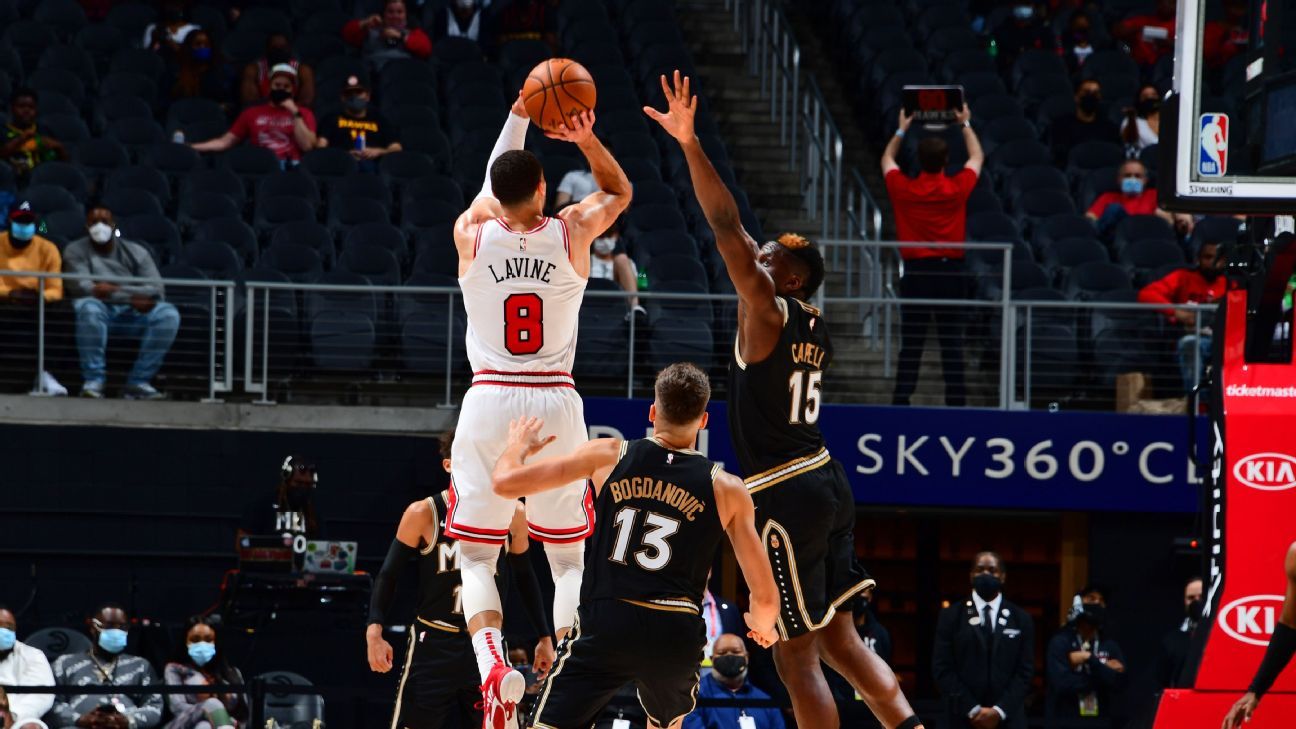 LaVine scored 39 of his career-high 50 points in the first half, and Nikola Vucevic had 25 points and 10 rebounds but the Bulls’ three-game winning streak was snapped. Chicago was trying to win four straight for the first time since December 2017.

LaVine, who set the NBA high for points in the first half this season, scored 25 straight in the second quarter, but the Hawks didn’t go easily, taking an 86-84 lead entering the fourth.

It appeared the Bulls were in good shape when LaVine hit a layup to put Chicago up 88-86 with 11:07 remaining. But Danilo Gallinari, who finished with 20 points in a reserve role, drilled a straightaway 3 at the 5:48 mark. Young fed Capela for an alley-oop dunk two possessions later to make it 104-101 in favor of the Hawks.

Another straightaway 3 by Gallinari and a bank shot by Young put Atlanta ahead 111-103 with 3:26 to play. LaVine came out of a timeout to commit a traveling turnover, and the Hawks took a comfortable 10-point lead on Capela’s dunk with 2:42 remaining.

Gallinari followed with a 3 from the left wing to put Atlanta up 116-106 in the final minute to extend a 19-4 run and end any remaining suspense.

LaVine, the first Bulls player to score 30 in the first half since Michael Jordan had as many on Feb. 24, 1997, against Portland, had another crowning achievement this season. He began the game as one of three players to average 25.0 points while shooting 50% from the field, 40% on 3s and 85% on free throws.

Young hit a straightaway 3 and a runner to cut the deficit to six early in the third and hit another runner in the lane to make it 73-69 midway through the third. The Hawks finally broke through, taking the lead on Onyeka Okongwu’s putback in the final minute of the period.

LaVine’s previous season high was 46 on Feb. 10 against New Orleans.