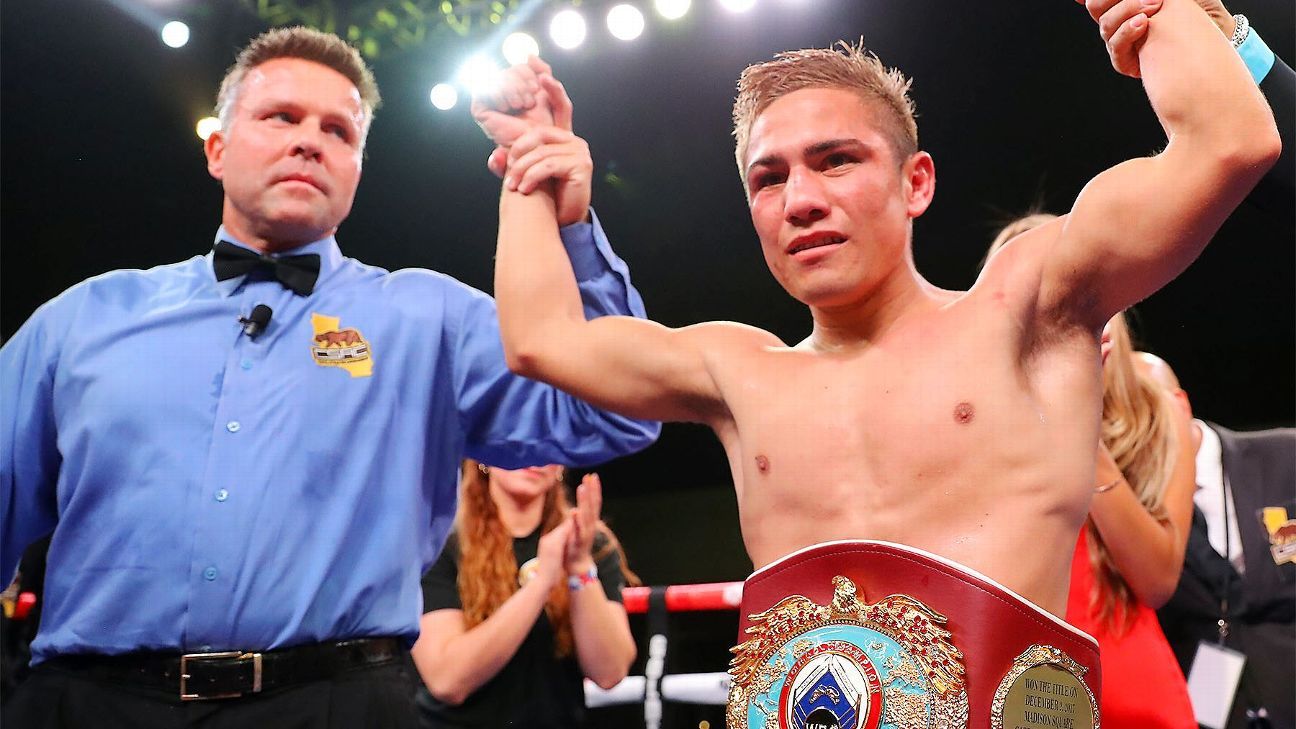 WBO junior flyweight champion Elwin Soto has officially switched one of his promoters.

Soto has signed with Matchroom Boxing, the company announced Friday afternoon. Soto joins the Eddie Hearn-led outfit ahead of an upcoming defense of his 108-pound belt, which Matchroom said would be announced soon.

“I’m very excited to announce my next defense and then going on to unify the division,” Soto said in a Matchroom release.

Soto (18-1, 12 KOs), a Mexican fighter based in Baja California, has made two successful title defenses after he knocked out Angel Acosta to win the belt in July 2019.

Before he struck a deal with Matchroom, Soto was co-promoted by Golden Boy and Zanfer. In the release issued Friday, Soto thanked Hearn and Matchroom as well as Zanfer for his new promotional opportunity.

Soto’s lone professional loss came early in his pro career against Daniel Andujo in February 2017. Soto’s most recent title defense was a lopsided unanimous decision over Carlos Buitrago on the undercard of the Jaime Munguia-Tureano Johnson event last October.