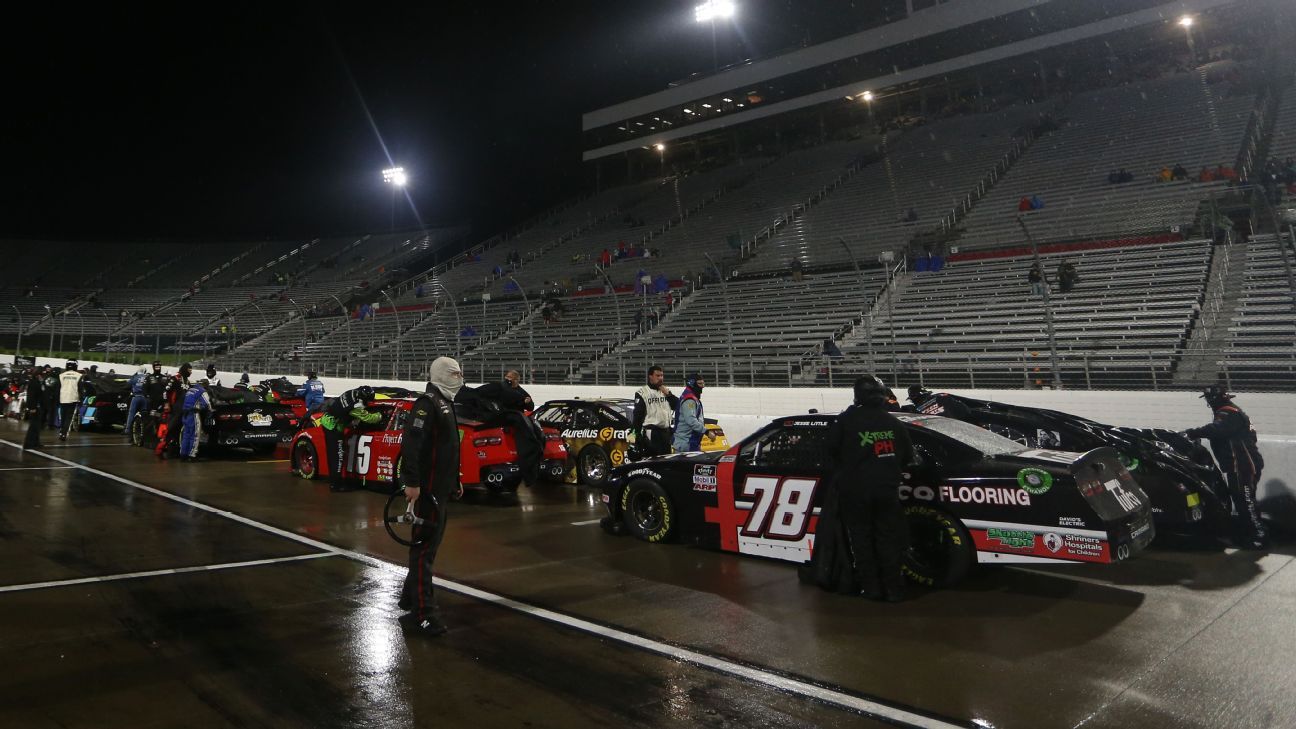 Brandon Jones was leading when the caution flag flew and, after two laps, it became a red flag as the cars were brought onto pit road and covered. NASCAR deployed a fleet of track drying machines, but the rain continued to fall and lightning was visible at times.

The rain came on and off, along with efforts to dry the track, but when the sky opened again just after midnight Saturday morning, eventually accompanied by thunder claps and flashes of lightning, NASCAR postponed the conclusion until 12:25 p.m. Sunday.

The field will remain frozen and the cars impounded until the race resumes.

During the delay, the public address announcer asked people still seated in the grandstands to seek cover because of the thunderstorms radar showed in the area.

The race was 89 laps old and needing to get to Lap 120 – the end of the second stage – for NASCAR to consider it official. Instead, the red flag came 29 laps before that mark.

The rain had also come earlier, pushing the start of the race back more than a half hour.

Noah Gragson won the first stage under caution after Riley Herbst and Alex Labbe were among the cars to spin in Turns 1 and 2, causing a jam of stopped traffic. Jones dueled with Josh Berry for the lead and was in front when the caution stopped the race.

Harrison Burton, the only driver in the race with a series victory on the 0.526-mile oval, started on the pole and was running seventh. The series returned to Martinsville last October after a 14-year hiatus.