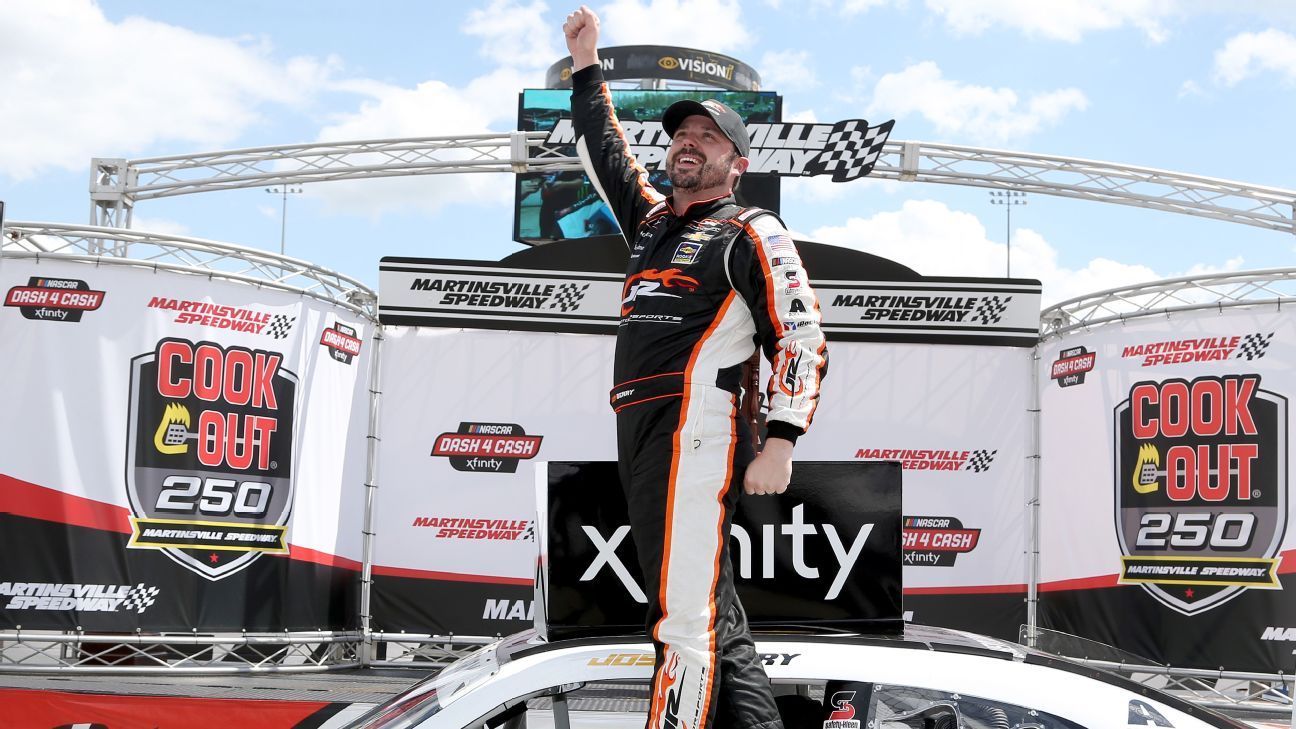 MARTINSVILLE, Va. — Josh Berry passed Ty Gibbs with 28 laps to go and pulled away for his first career NASCAR Xfinity Series victory in a rain-delayed race at Martinsville Speedway.

Berry gave himself enough cushion after getting by Gibbs to withstand challenges by Noah Gragson and Daniel Hemric, who ran out of time trying to navigate lapped traffic.

“Oh my gosh. I have so many people I could thank I could be here ’til tomorrow morning,” Berry said after climbing from his car.

Gragson finished second and got a $100,000 consolation prize as the top finisher among four in the Dash for Cash. Hemric was third, followed by Gibbs and Brandon Jones.

Gragson also won the first stage of the race, which started Friday night and went 91 laps before it was halted by rain. Hemric won the second stage under sunny skies.

“I’m really happy for Josh,” Gragson said of his teammate, a 2020 Late Model champion. “I really look up to him. He’s like a big brother. You know, he’s a short track legend.”