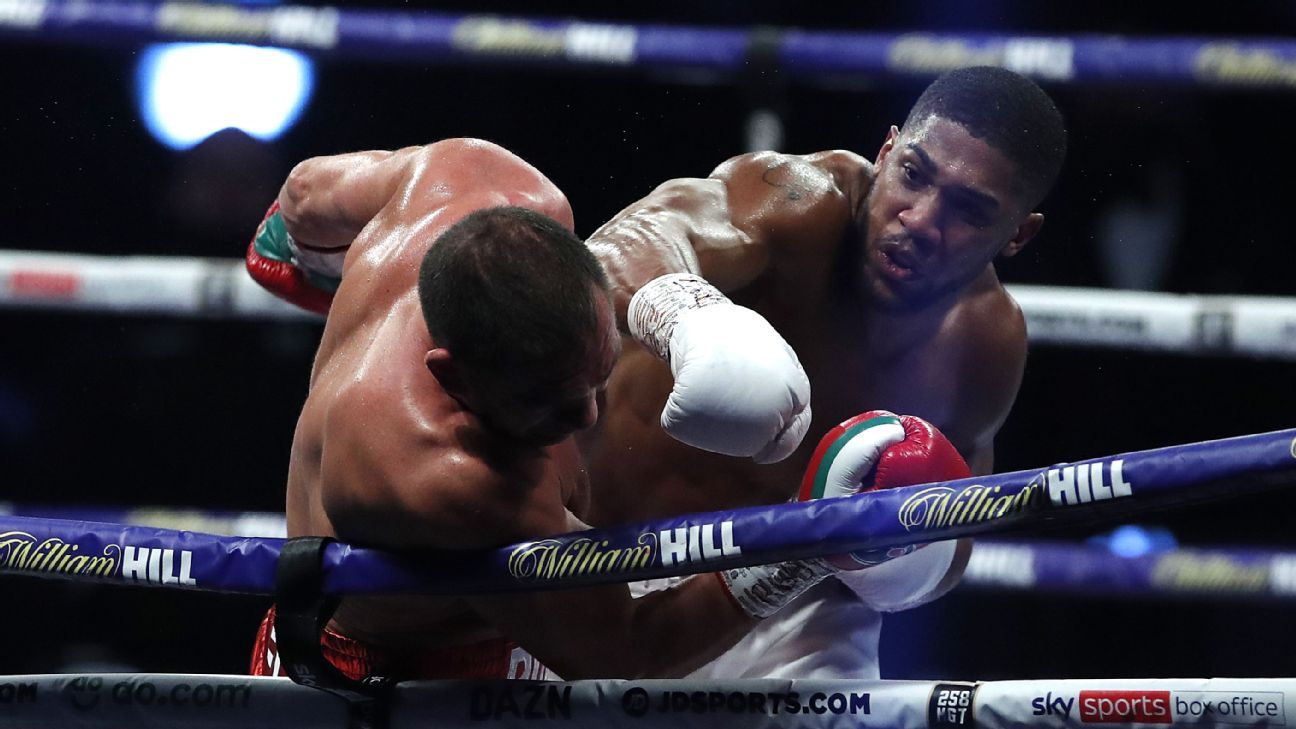 WBO/WBA/IBF heavyweight champion Anthony Joshua and WBC and lineal champion Tyson Fury on Sunday will be presented with final offers regarding the date and venue for their upcoming fight, promoter Eddie Hearn told ESPN’s Mark Kriegel.

Hearn said there are “several” offers from locations around the globe that hope to host the first four-belt heavyweight unification fight in the sport’s history.

Fury and Joshua signed contracts in March agreeing to a two-fight deal and started the clock on a 30-day negotiating period to nail down the final fight details. In a tweet Friday afternoon, Fury mentioned “big, big offers” from Saudi Arabia, Qatar, Uzbekistan, Russia, the United States and the United Kingdom.

After reviewing these offers, the two camps will discuss and make their selections next week, sources told Kriegel.

Multiple sources told Kriegel that Qatar and several territories in Eastern Europe are in play. However, the frontrunner remains Saudi Arabia, as it has always been. The likely date would be late July.

Joshua was optimistic about the negotiations, tweeting that his team is working hard on the fight to make it happen.

“I want to give my fans what they want & you know I’ll do whatever I can to deliver. Hoping to share some positive news soon,” Joshua tweeted Friday.

Quick update. Myself, @258mgt & @MatchroomBoxing are working really hard to make the fight happen. I want to give my fans what they want & you know I’ll do whatever I can to deliver. Hoping to share some positive news soon.

Fury hasn’t fought since Feb. 2020 when he defeated Deontay Wilder to win the WBC title. He had wanted to fight again in 2020, but scheduling and financial challenges due to the COVID-19 pandemic prevented him from returning to the ring. Joshua defeated Kubrat Pulev by knockout in his last fight in December.

“This is the biggest fight in boxing and one of the biggest sporting events in the world,” Hearn told ESPN last month. “It will be a major, major win for a country that wants to showcase itself.”