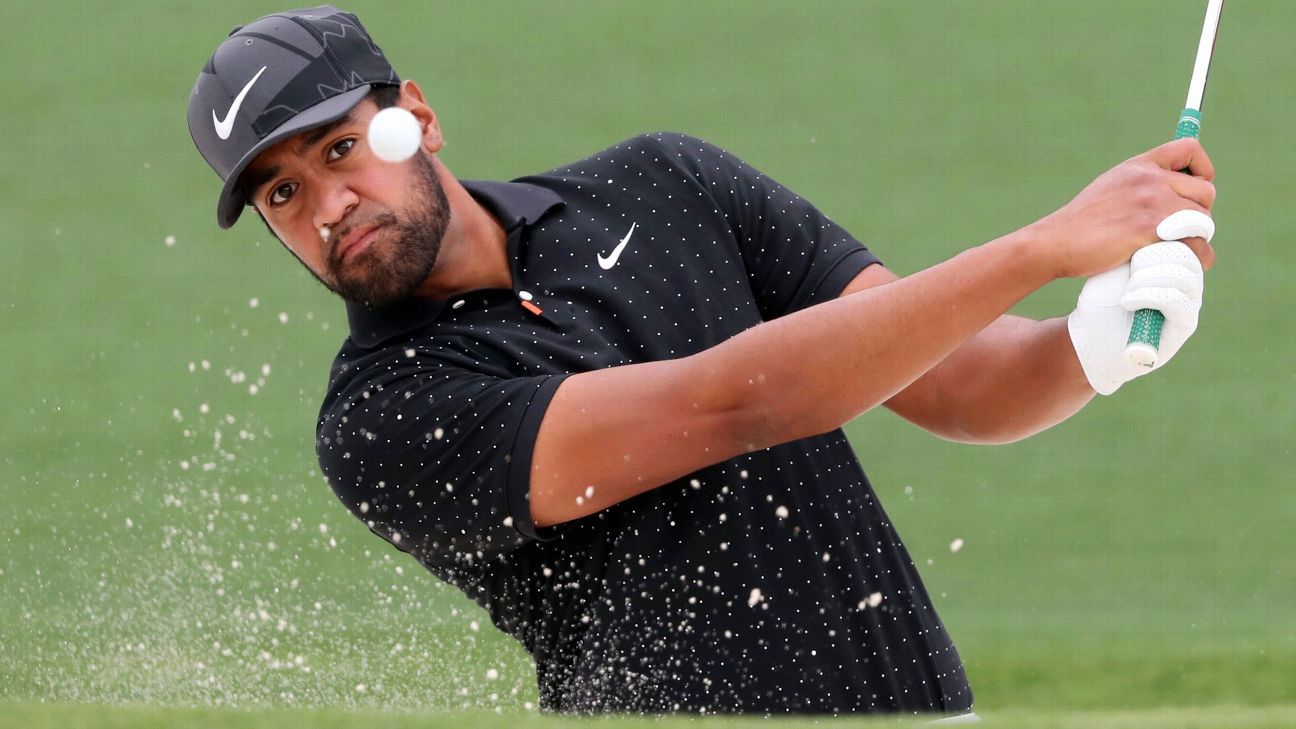 AUGUSTA, Georgia — Tony Finau got quite the surprise during Saturday’s lengthy weather delay in the third round of the Masters Tournament.

While Finau was waiting for the rain to stop, he hung out in the caddie house at Augusta National Golf Club. Jimmy Dunne, a member of the club, handed Finau his cell phone.

“That was a pleasant surprise,” Finau said. “He said, ‘Great playing,’ and he was following. He was surprised we stopped. He said in the NFL when it rains you don’t stop. I let him know, ‘Yeah, maybe we’re not as tough as you guys,’ but he said, ‘No, that’s not the case.’ We had a good laugh about that.”

Finau said he had met Brady once before in 2017, when Brady was still playing for the New England Patriots. Finau said he grew up a Dallas Cowboys fan but now mostly cheers for individual NFL players.

Finau didn’t say whether Brady gave him a pep talk during the weather delay, which lasted more than an hour.

He shot 1-over 73 in the third round and is 8 shots behind leader Hideki Matsuyama going into Sunday.