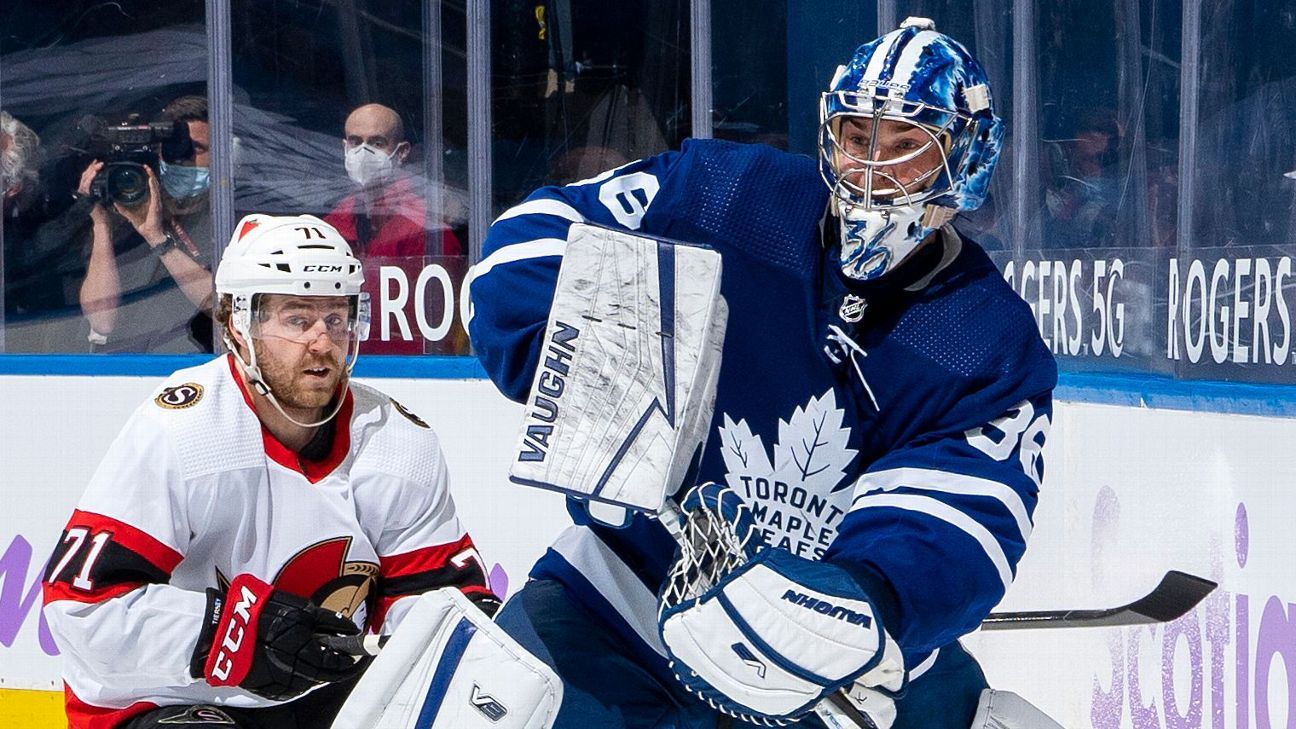 TORONTO — Auston Matthews scored three times to increase his NHL-leading goals total to 31, Jack Campbell made 27 saves to set an NHL record for consecutive victories to start a season and the Toronto Maple Leafs outlasted the Ottawa Senators 6-5 on Saturday night.

Campbell became the first goalie with a victory in each of his first 11 appearances as the first-place Maple Leafs continued their dominance over the rest of the North Division.

Mitch Marner added a goal and three assists for Toronto. The Maple Leafs have won six straight to improve to 28-10-3, and they are 5-2-1 against Ottawa this season.

Matthews had the third hat trick of his career and also had an assist for a four-point night. He has five straight 30-goal seasons to start his career.

Campbell broke the mark of 10 wins to start a season set by Montreal’s Carey Price in 2016-17. And Ilya Mikheyev and Zach Hyman each had a goal and an assist. With Saturday’s win, he moved within two of team leader, Frederik Andersen, who is 13-8-2. Michael Hutchinson also has appeared in eight games this season in net for Toronto.

Tim Stutzle, Drake Batherson and Connor Brown each had a goal and an assist, and Alex Formenton and Josh Norris also scored for Ottawa.

Anton Forsberg stopped 32 shots for the Senators. They have lost four straight and are 1-5-1 over their past seven.