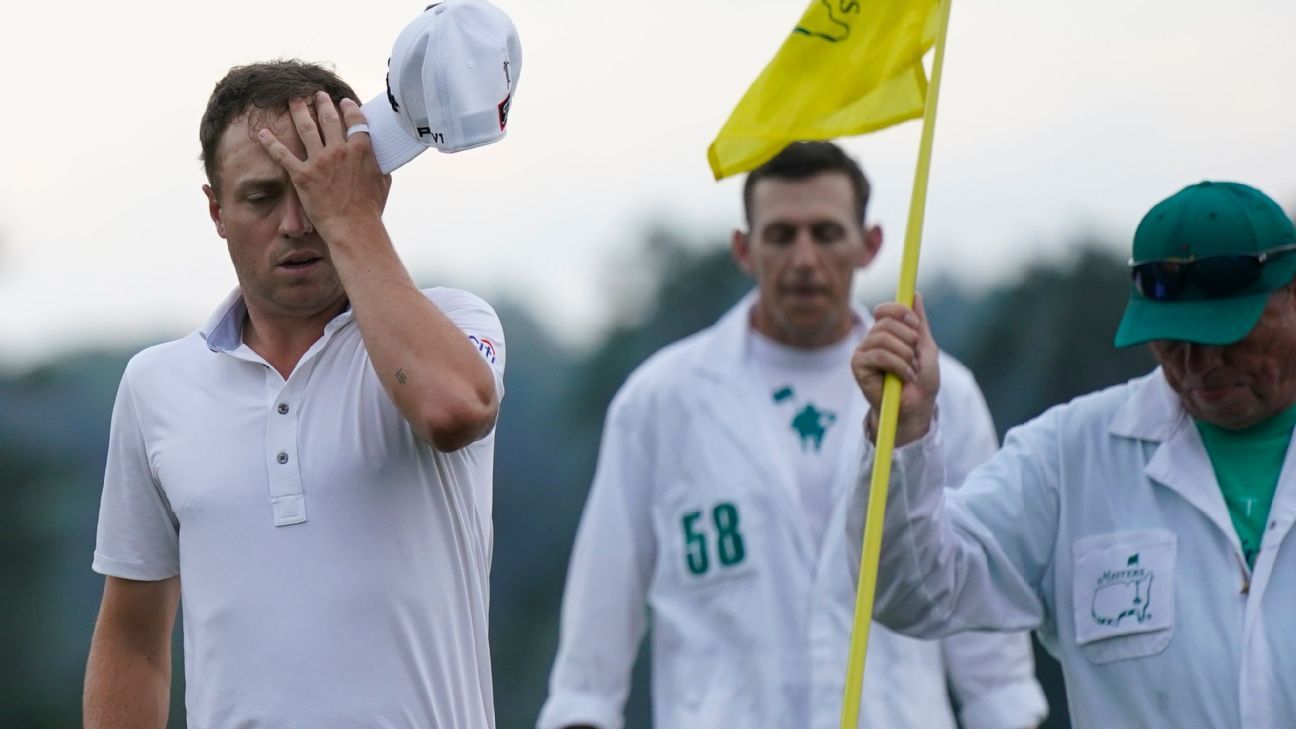 AUGUSTA, Ga. — A dangerous weather situation that caused the evacuation of Augusta National and was followed by a brief period of heavy rain was all it took to throw Justin Thomas off his game and out of contention at the Masters.

Things were going quite well for Thomas before weather intervened. Afterward, it just wasn’t the same. A triple-bogey 8 on the par-5 13th, the only one recorded there this week, and some other mistakes led to a soul-crushing 75 that left him 10 shots back of leader Hideki Matsuyama, who benefited the most from the delay.

“It was two rounds,” said Thomas, who won the Players Championship last month and was just two shots out of the lead when play was halted for 1 hour and 18 minutes. “I was playing great before the delay, and then I didn’t afterwards. I mean, it’s just a shame. I was really playing well. The golf course was playing very difficult, and I just couldn’t adjust to the green speeds when I got back out.

“There was more to it than that, but had a lot of putts that I missed that were just short because of how much slower the greens were. But everybody had to adjust to it, and I just didn’t do it as well as everybody else.”

Matsuyama clearly adjusted the best. The Japanese star played his last eight holes in 6-under par, including an eagle at the par-5 15th, and had his putting dialed in beautifully. His 65 gave him a four-shot lead over Xander Schauffele, Marc Leishman and Justin Rose.

“I did play well, and my game plan was carried out,” Matsuyama said.

Thomas said the greens were simply slower than they had been throughout the week and were even approaching the speeds seen during the opening round on Thursday.

Schauffele came back nicely, playing the back nine in 33 to get to 7 under and within four of Matsuyama. Leishman was also under par over the closing holes to tie for second. Rose, the first- and second-round leader, could get nothing going, shooting 72 and going from a one-shot lead to four back.

But Thomas suffered the worst. He is now tied for 13th despite making two back-nine birdies. The 13th proved disastrous. He hit his tee shot into the pine straw on the right side of the par-5 fairway, laid up to 70 yards, but came up short in the water with his third. After a penalty drop and a poor chip past the pin, he three-putted for the crushing triple bogey.

“I just chunked it,” Thomas said of the third shot. “I couldn’t really lay it up to a number that I wanted to because of the shot I had to hit, and it was fine. I even told myself, it’s not a good number, just get it past the hole, and I sometimes forget kind of how steep that is, and it being into the grain like that, I wanted to hit it up in the air a little bit, and I probably just got stuck behind it trying to lift it in the air, and I just chunked it.

“Then I kind of boned the chip shot, and it’s a putt I knew was just so fast, and it wasn’t. It was so hard for me to adjust to it out there.”