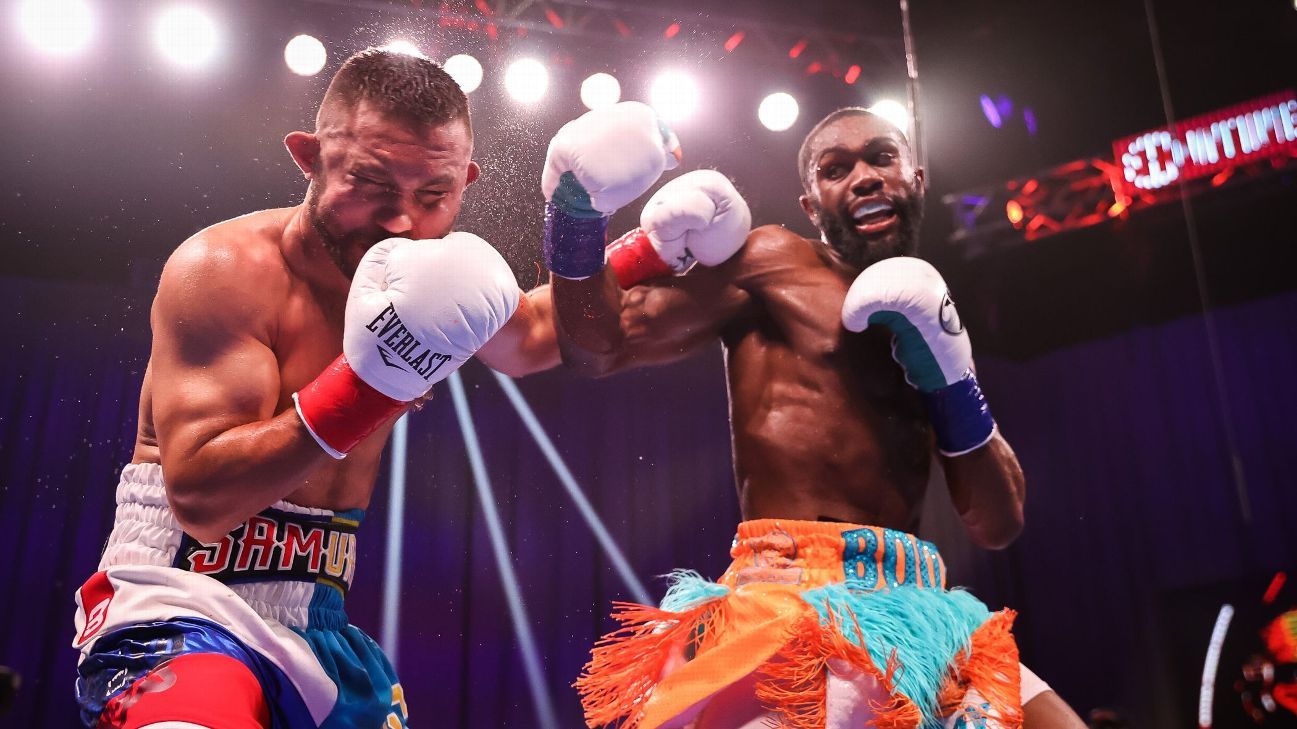 Moments after the biggest win of his career, Vergil Ortiz Jr. immediately looked into the crowd at the Dickies Arena in Fort Worth, Texas.

He spotted welterweight champion Terence “Bud” Crawford, who was ringside to watch Ortiz dispatch Maurice Hooker, a former 140-pound champion who, like Ortiz, recently moved up to welterweight.

Ortiz looked directly at Crawford and issued a challenge.

“If you want to make this fight happen, I’m more than willing to do it,” Ortiz said.

Jaron “Boots” Ennis, another rising welterweight, followed in Ortiz’s footsteps on Saturday with an impressive victory over Sergey Lipinets. The wins, three weeks apart from each other, could hint at a subtle, yet needed, shift in the 147-pound weight class.

For years, Crawford and Errol Spence Jr. have been the dominant welterweights but have never seemed close to securing the big fight against each other. Ennis and Ortiz’s recent victories indicate that the division is headed toward a much-needed reboot.

“It’s definitely a new wave of welterweights coming up right now,” Ennis told ESPN before he knocked out Lipinets. “I just feel like it’s time. It’s time. It’s time for them to, I guess, move out [of] the way or fight us.”

Ennis and Ortiz are a pair of 23-year-olds who have the ability to flip the division on its head. Ortiz (17-0, 17 KOs) has been one of Golden Boy’s most heralded prospects in recent years. Ennis (27-0, 25 KOs) holds the same status with Premier Boxing Champions.

Each man is trying to position himself for a potential title shot in a very crowded division that has been held hostage by the idea of a Spence-Crawford fight for years.

Since Spence, 31, won a share of the welterweight title in 2017 and Crawford, 33, did the same in ’18, boxing fans have clamored for that fight to occur. Depending on who is asked, a combination of hubris and boxing politics has prevented that from happening.

And right now, it seems like it will always be a mythical matchup. In an interview at the Ortiz-Hooker bout in March, Crawford said he’s no longer concerned about Spence.

“I already told everybody that fight is history for me,” Crawford told DAZN. “I’m not thinking or worried about Errol Spence anymore. That fight is behind me.”

Because the Spence-Crawford matchup has been the prevailing narrative in the division for years, the welterweight class has grown increasingly stale and been a source of frustration. Now, the veterans have other problems besides each other.

After Ortiz beat Hooker, he said he wanted to face Crawford whether he was ready or not. Ennis expressed a similar sentiment before he stopped Lipinets, a former 140-pound titlist.

“When you want to be a world champion and want to be a legend, you gotta fight the best,” Ennis told ESPN. “And that’s all I want to do at the end of the day. I just want to fight all the best fighters.”

The earnestness from Ortiz and Ennis is what makes them particularly refreshing. It’s reminiscent of Teofimo Lopez’s willingness to take on Vasily Lomachenko in 2020, a risk that resulted in Lopez winning three of the four lightweight belts and a victory over one of boxing’s best pound-for-pound fighters.

Ennis said if it was up to him, he’d be willing to take on any opponent next. But he knows that isn’t always in his control. The Philadelphia fighter said he has tried to get quality fighters in the ring for the bulk of the last two years. According to Ennis, some either didn’t want to fight, turned down the offer or asked for more money — which tends to be a discreet way of avoiding someone. Ennis knows that inside the ring and within the sport’s scheduling structure, patience is sometimes required.

“It’s my time to take over this division in the boxing game,” Ennis said. “This is the start of it right here. It’s the beginning of it all.”