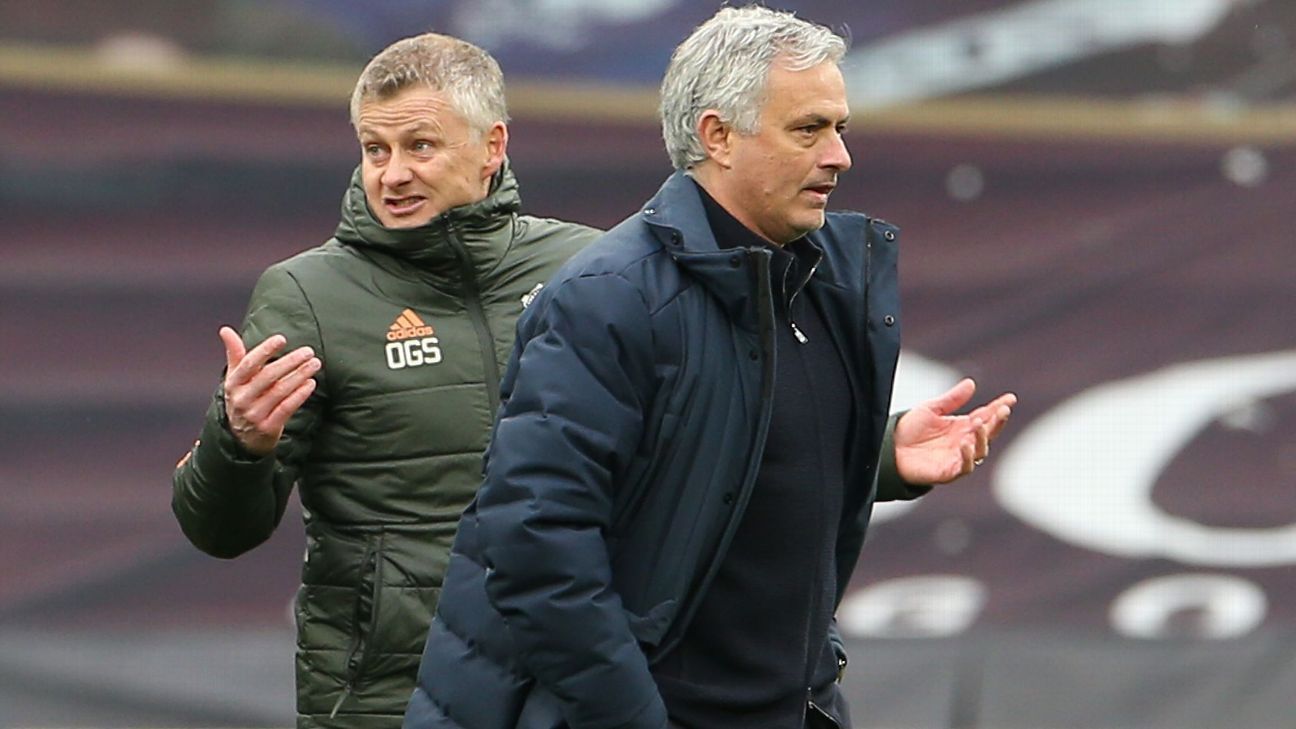 The opening half-hour of the match was turgid, but things livened up considerably in the 34th minute when United opened up Tottenham’s defence with Edinson Cavani shooting past Hugo Lloris after being played in by Paul Pogba.

United’s celebrations were cut short, though, as referee Chris Kavanagh was instructed by the VAR to check a monitor to see whether McTominay had caught Son in the face with his arm in the build-up. It had looked accidental, but Kavanagh thought otherwise, much to the frustration of United’s players.

“The game has gone. Game has absolutely gone,” Solskjaer told Sky Sports of the decision.

“If that’s a clear and obvious error, it’s an obvious error he had to look at it. It was a perfectly good goal.

“We shouldn’t be conned. I have to say, if my son stays down for three minutes and he needs his 10 mates to help him up, he won’t get any food. We weren’t conned, the referee was.”

Hearing of Solskjaer’s comments after the match, Mourinho said he was “very disappointed” with the United boss’ assessment.

Earlier, Mourinho told Sky Sports he was confused over the application of the rules.

To rub salt into United’s wounds, Son opened the scoring shortly afterwards following a long spell of Tottenham possession which ended with Harry Kane playing in Lucas Moura whose pass was turned past Dean Henderson by the South Korean.

“Personally I’m not a fan of VAR, but the referees have to make decisions. It was a case of keeping calm. Everybody makes mistakes and that’s part and parcel of it,” he said.

“[The disallowed goal] was a total injustice, but you just have to get on with the game. Getting three points in a really difficult game was pleasing.

Solskjaer said the overturned goal “kick-started” his team and they were much better after the break with Lloris denying Bruno Fernandes with a fine low save and Pogba close to back-heeling an equaliser.

“That kick-started us. [Before the goal] we had played like a team who had played in Europe on a Thursday night [last time out],” Solskjaer said.

“Top reaction, we played some great stuff second half. We felt the injustice and we showed good character to come back. We can’t let those decisions ruin this good season for us.

“The goals we scored were excellent. Edinson shows why he’s a No. 9. Fred even scores, that just shows us how good we were.”

Information from Reuters was used in this report.