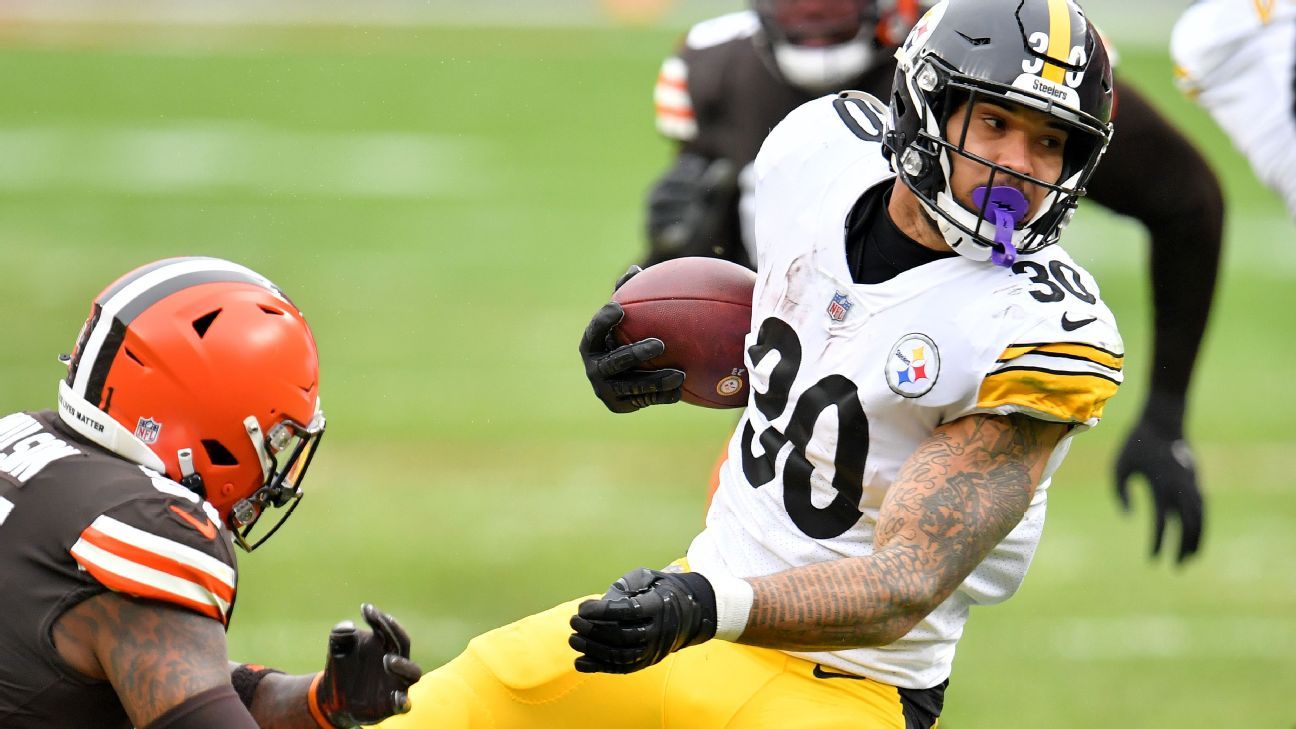 TEMPE, Ariz. — The Arizona Cardinals added much-needed depth in the backfield on Tuesday when they agreed to terms on a one-year contract with former Pittsburgh Steelers running back James Conner.

Conner, 25, will be paired with Chase Edmonds to form the Cardinals’ 2021 backfield. It’s expected that they’ll share reps and responsibilities in coach Kliff Kingsbury’s offense that asks running backs to be both rushers and receivers.

Conner will reunite with Cardinals running backs coach James Saxon, who was his position coach in Pittsburgh in 2017 and 2018.

Connor went to the Pro Bowl in 2018 under Saxon’s tutelage after rushing for 973 yards and 12 touchdowns, tied for the third most in the NFL that season, and while catching 55 passes for 497 yards and a touchdown in 13 games.

Arizona was in need of another running back after letting Kenyan Drake go in free agency. He signed with the Las Vegas Raiders.