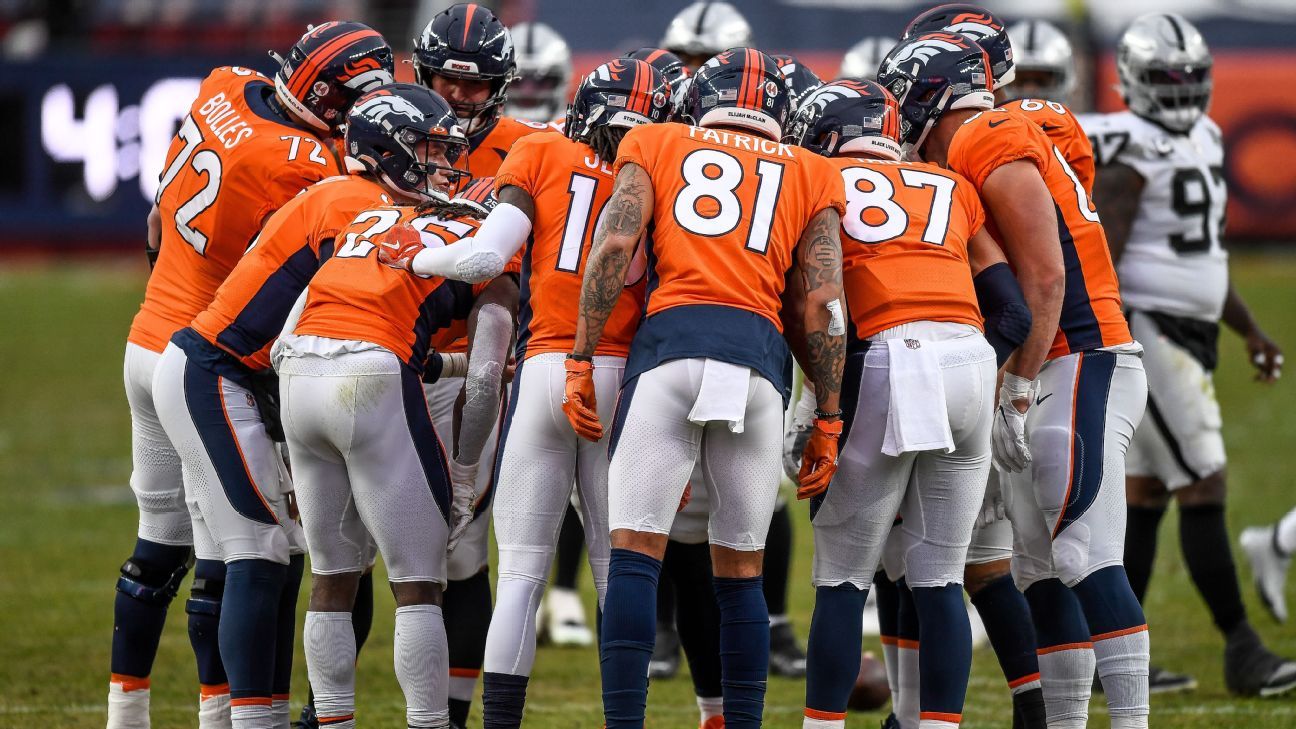 ENGLEWOOD, Colo. — Denver Broncos and Seattle Seahawks players will not formally report to their respective team facilities next week to begin voluntary offseason workouts, both teams said in statements released by the NFL Players Association on Tuesday.

In their statement, the Broncos players cited rising COVID-19 positivity rates in Denver and surrounding communities, as well as the lack of “adequate protocols in place.” Sources told ESPN that the players voted to take this action, and notified coach Vic Fangio earlier Tuesday morning that the vote had taken place.

The Seahawks players issued a similar statement in which they noted, “The NFLPA has provided us with thorough research and information regarding our safety as players as we enter voluntary workouts this year, especially the benefits on our health and safety from a virtual off-season last year. After considering all the facts, we as a team have decided to make a decision that is uncomfortable but necessary.”

There has been no formal agreement announced between the NFLPA and the NFL regarding how offseason programs will be conducted in terms of testing players for COVID-19. Offseason programs were scheduled to begin April 19 league-wide.

The Seahawks do not put offseason workout bonuses in their contracts, so the majority of Seattle’s players don’t stand to lose anything by skipping these workouts. The exceptions are players acquired via trade, such as Quandre Diggs.

“With offseason programs starting in less than a week and without adequate protocols in place in order for us players to return safely, we will be exercising our right to not participate in voluntary offseason workouts,” the Broncos players’ statement read in part. “COVID-19 remains a serious threat to our families and our communities, and it makes no sense for us as players to put ourselves at risk during this dead period. Positivity rates in our city are higher than they were at this time last year and we know players have been infected at club facilities in recent weeks. Despite having a completely virtual offseason last year, the quality of play across the NFL was than ever by almost every measure.”

Kicker Brandon McManus is the Broncos’ player representative in the NFLPA, and has been vocal over the past year regarding the need for consistent health and safety protocols.

Privately, several Broncos players said Tuesday that one of the biggest issues they are unclear about is testing. Voluntary workouts are held Monday through Thursday, with Friday through Sunday as off days.

Many players leave the area for the weekend, including those who don’t live in the Denver area in the offseason. So how the players would be tested, and on what days when they return to the facility for the next week of workouts, is an issue some players say they want resolved.

Some Broncos players have been in the team’s facility in recent weeks, including players who are recovering from injuries or offseason surgeries. Coaches, trainers and other team personnel have been working in the building under certain guidelines, including facial coverings.

The Broncos organization did not immediately respond to requests for comment.

Vaccinations are increasing in the Denver area, with individuals 16 years or older eligible to receive the vaccine. Positivity rates released Tuesday for Arapahoe County, where the Broncos’ complex is located, was 5.6 percent.

The NFL sent a memo to teams Tuesday that said Tier 1 or Tier 2 personnel will be required to be vaccinated in order to work in the team facilities, unless they must abstain for health or religious reasons.