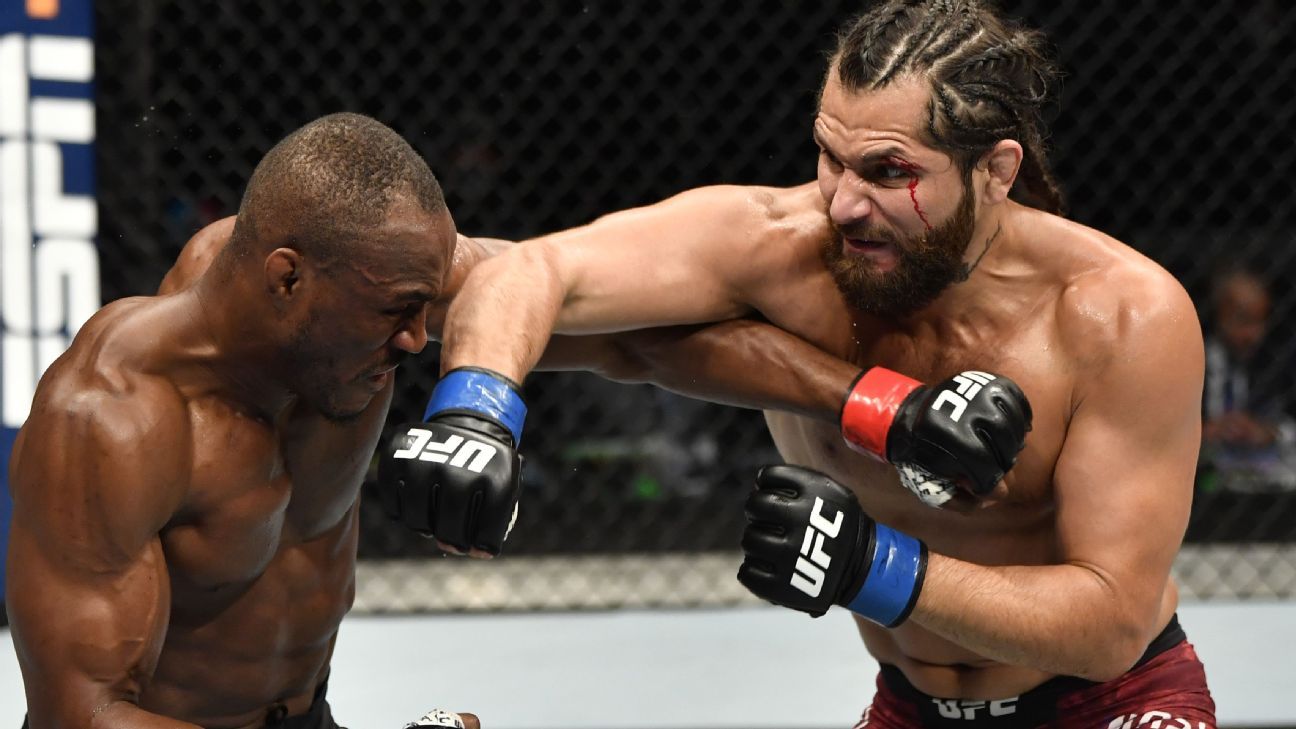 UFC 261 on April 24 will be the first time Zhang Weili enters the Octagon since a capacity crowd at the T-Mobile Arena in Las Vegas roared in appreciation of her first title defense on March 7, 2020. It will also mark the first time a packed house will be on hand for a UFC event since Weili’s thrilling win over Joanna Jedrzejczyk over a year ago.

VyStar Veterans Memorial Arena in Jacksonville, Florida sold out within hours, and 15,000 fans are expected to be on hand for three title fights and numerous intrguing storylines:

The UFC will return to live events with a full crowd at UFC 261 in Jacksonville, Fla., where three title fights — headlined by welterweight champ Kamaru Usman defending against Jorge Masvidal — will play out in front of 15,000 fans. Women’s strawweight champ Zhang Weili and flyweight champion Valentina Shevchenko also defend their belts.

All three titleholders are favored to win, but 2021 already crowned one new champ when Francis Ngannou dethroned heavyweight king Stipe Miocic at UFC 260. Will Bruce Buffer get another chance to say “and new” on April 24?

Real or Not: Is this Jorge Masvidal’s last title chance?

Jorge Masvidal doesn’t view his UFC 261 main event as his last shot at UFC gold, but only because he won’t allow himself to accept the possibility he’ll lose to champion Kamaru Usman.

“I feel like every fight, I have to win,” Masvidal told ESPN. “But no, I don’t feel like [this is his last title opportunity] at all. I just feel like I’m going to win this fight, and I’m going to continue to do bigger and better things before I close the chapter on this MMA thing.”

But what if the oddsmakers are right? Masvidal is currently a +310 underdog, according to Caesars Sportsbook by William Hill. If Masvidal, 36, loses, he’ll be 0-2 against Usman with several other elite contenders in the division ready to take shots of their own, or get their own rematches.

Masvidal easing into weight ahead of rematch

The biggest difference for Jorge Masvidal ahead of his rematch with Kamaru Usman is that he didn’t have to cut about 20 pounds after taking the fight on six days notice.

Masvidal has had a longer camp, less weight to cut, and he didn’t have to fly halfway around the world.

What will it mean?

Real or Not: Namajunas, Andrade will dethrone the champs

This will be Zhang Weili’s first fight since her epic split decision win over Joanna Jedrzejczyk on March 7, 2020. She’ll face a fighter in Rose Namajunas with a complete arsenal of skills who will be looking to regain her title.

Meanwhile, Valentina Shevchenko was challenged more than expected by Jennifer Maia on Nov. 21, 2020, before pulling out the unanimous decision. Did Jessica Andrade learn something from that fight that could help her dethrone the champ?

Leon Edwards doesn’t see what Jorge Masvidal could do differently against Kamaru Usman to change the outcome of their upcoming rematch.

The goons going to Jacksonville to watch a baptism #andnew https://t.co/4Mo7jbwANc

They must’ve forgot about the “BMF” but you’ll remind everyone soon enough Champ! #UFC261 #AndNew https://t.co/EeYcJcgO58