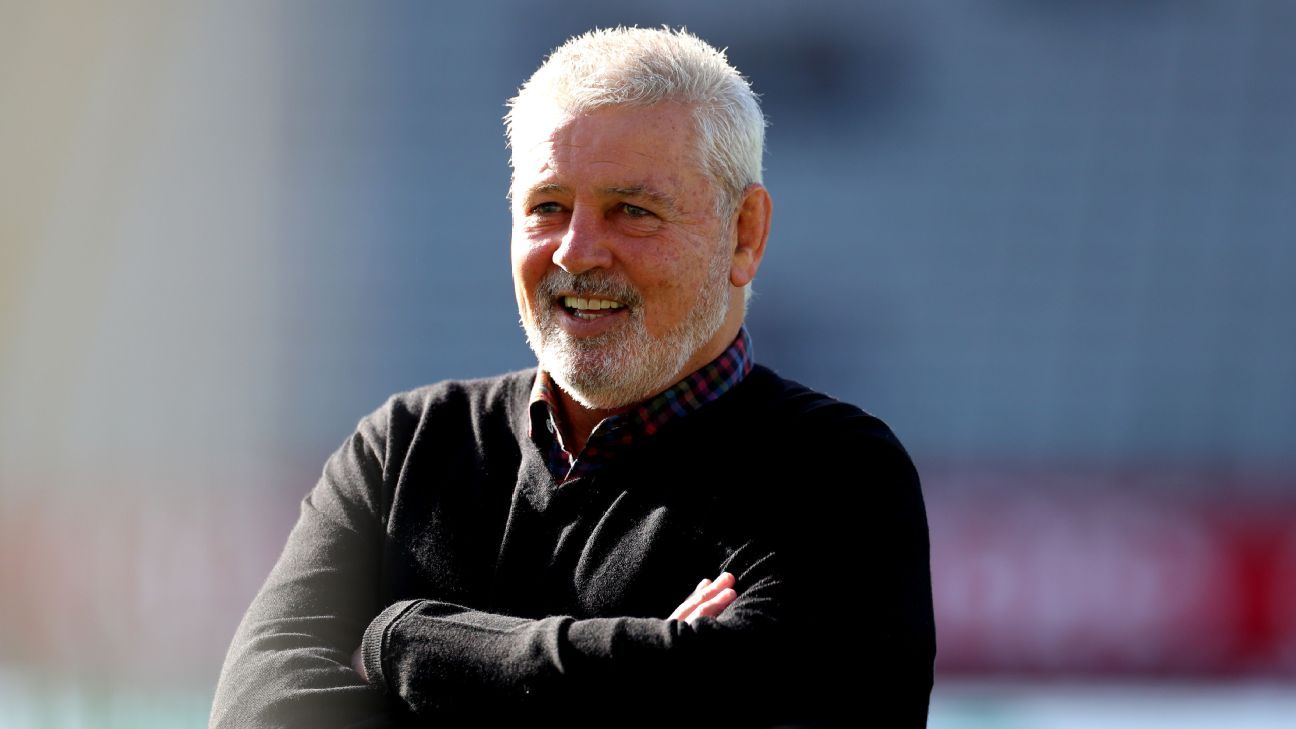 Gatland will lead the Lions to face reigning World Cup champions the Springboks in July. It will be his third tour as head coach, but the itinerary is yet to be confirmed due to uncertainty caused by COVID-19. However, the Lions staff are optimistic the tour will go ahead.

Gatland was forced into a late reshuffle after originally planning on having Andy Farrell, Steve Borthwick and Graham Rowntree in the backroom staff, but all three withdrew from consideration over the last fortnight, sources have told ESPN.

Despite their withdrawals, the staff is packed with Lions pedigree. Townsend and Jenkins both faced the Springboks in 1997, with Scotland head coach Townsend taking charge of the Lions’ attack this summer, and Wales’ Jenkins will be in charge of kicking.

“I am very pleased to have assembled such a high-quality coaching team,” Gatland said. “It’s a really strong group and I’m excited to see what we can achieve together — I think we’ll all complement each other well in South Africa.

“A Lions tour is a unique challenge, so it’s important to have some continuity in the coaching group. Neil understands the exceptional demands that only a Lions Tour can present, and we will benefit from his knowledge and experience.”

Gatland worked with both McBryde and Jenkins during his 12-year tenure in charge of Wales, while ex-Ospreys boss Tandy has impressed for Scotland under their boss Townsend.

“Gregor is doing an excellent job in charge of Scotland and is an outstanding coach,” Gatland added. “He also understands the challenges of touring South Africa as a player and what it takes to win there, so I am extremely happy he will be part of the set-up.

“Steve has made Scotland’s defence one of the most organised in world rugby — something we saw throughout the recent Six Nations. He’s clearly an intelligent coach and someone I am very much looking forward to working with.

“Obviously Robin is someone who I know very well from our time together in Wales. He is an impressive and experienced coach who continues to have success with Leinster. I think he’ll be well suited to the Lions environment and I am sure he will do an excellent job with the forwards.”

Gatland has also confirmed he may look to add a further coach to the setup.

“As the tour approaches we may look to bring in some extra resource, but this will be the core group for the time being,” Gatland said.

“Touring South Africa is always a huge challenge and clearly when the squad assembles in June to begin our preparations everything is going to look and feel a bit different to previous tours. But having spoken to the coaches individually over the past few days we’re absolutely determined to make it an enjoyable, memorable and ultimately successful experience for everyone involved.”