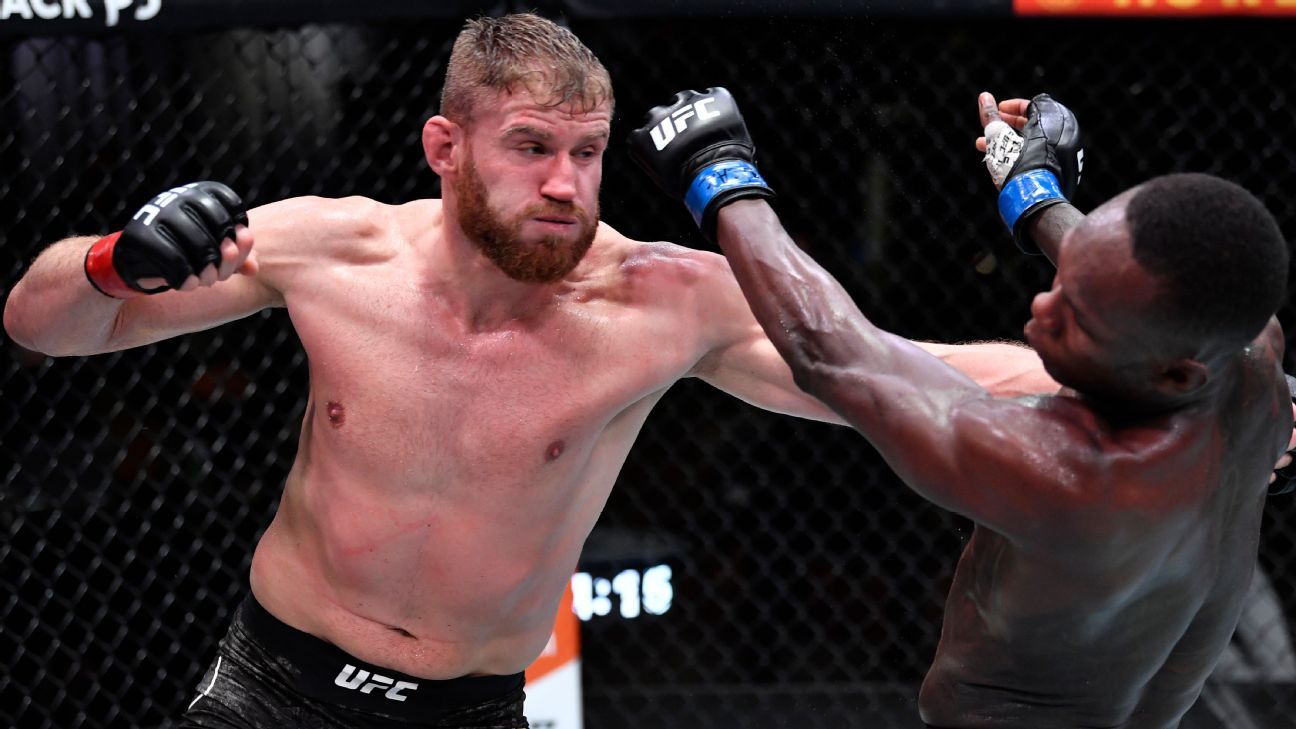 The 205-pound title fight will take place on a UFC 266 pay-per-view event on Sept. 4. UFC has not announced an official venue for the event.

Blachowicz (28-8) is coming off arguably the biggest win of his career, a five-round title defense against then-undefeated middleweight champion Israel Adesanya on March 6. The Polish champ won the vacant belt by knocking out Dominick Reyes in September.

With his latest victory, Blachowicz cracked ESPN’s pound-for-pound list at No. 6.

Teixeira (32-7) is the division’s clear No. 1 contender, thanks to an improbable run at age 41. The Brazilian veteran unsuccessfully challenged former light heavyweight champ Jon Jones for the title in 2014 and compiled a middling 5-5 record between 2014 and 2018.

But he has been on fire since the start of 2019, racking up five consecutive wins and four finishes. He is coming off a TKO finish of former title challenger Thiago Santos in November.