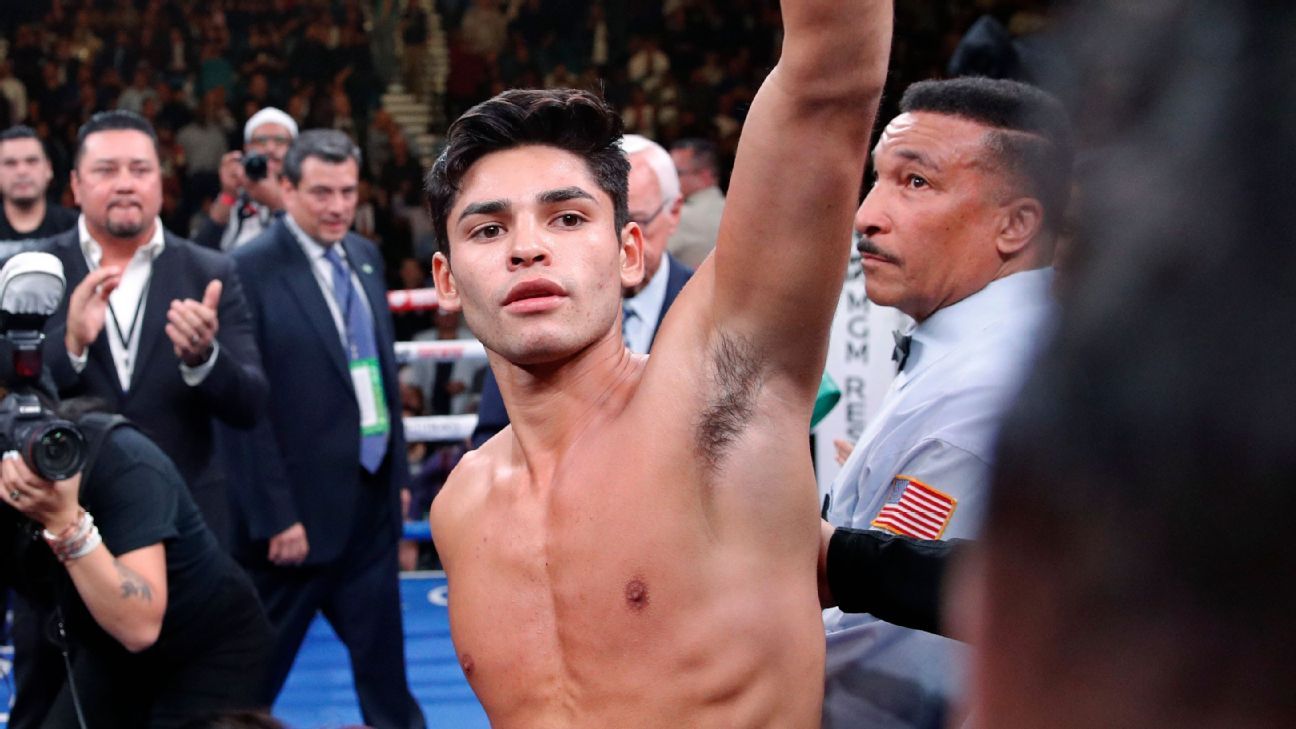 The date for Ryan Garcia bout against Javier Fortuna has been finalized.

Garcia will face Fortuna on July 9, Golden Boy Promotions announced Tuesday. Venue and undercard details have yet to be determined.

Garcia (21-0, 18 KOs) is coming off the biggest win of his young career. The 22-year-old recovered after an early knockdown to stop former lightweight title contender Luke Campbell with a seventh-round TKO in January.

“Fortuna is eager and will be ready, but so will I,” Garcia said in a statement released by Golden Boy. “No one can beat me in the lightweight division, period. I’m going to show the world who I am.”

Fortuna (36-2-1, 25 KOs), a former junior lightweight champion promoted by Sampson Boxing, is the WBC’s No. 2 fighter in the WBC’s 135-pound ranking. Fortuna, 31, beat Antonio Lozada Torres in Nov. 2020, Fortuna’s third victory since he lost a split decision to Robert Easter Jr. in 2015. That bout was supposed to be an IBF lightweight title fight before Fortuna lost a chance at the belt for missing weight.

“Ryan Garcia should take this fight very seriously and train properly because he will be facing, by far, the best fighter of his career,” Fortuna said. “Hopefully on fight night, there will be no excuses for his loss. I expect this fight to be a war while it lasts, but I have too much of everything for Ryan Garcia. His last fight showed how easy he is to hit. And his power won’t mean anything to me. But mine will put him to sleep.”

Garcia is considered one of boxing’s budding superstars, with an Instagram following of 8.6 million. The Californian has knocked out his last three opponents.

Garcia is one of many young lightweights looking to establish their supremacy in the division. Garcia currently holds a minor WBC belt, while Devin Haney (25-0, 15 KOs) holds the sanctioning body’s top belt in the division. Haney is scheduled to face Jorge Linares on May 29.