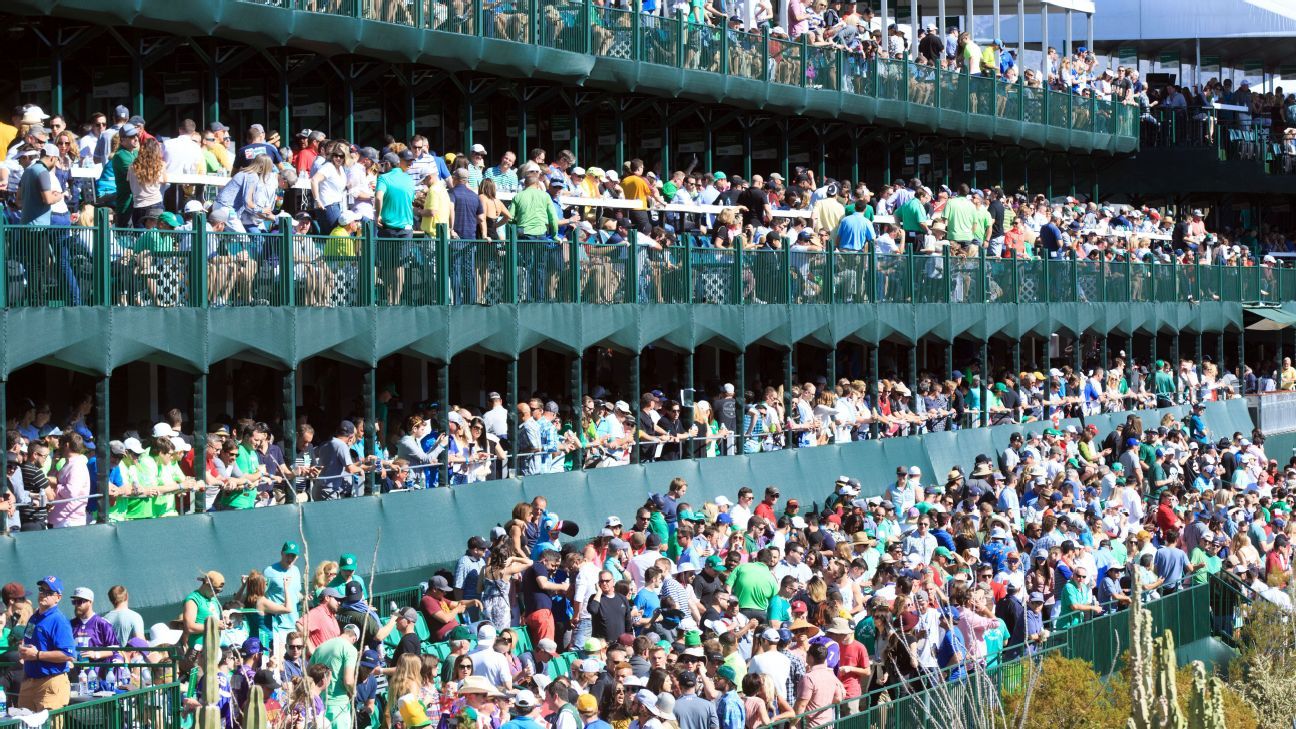 The PGA Tour is putting a retail sportsbook at TPC Scottsdale, one of golf’s most raucous environments.

The PGA Tour announced Tuesday that DraftKings will operate the first-of-its-kind sportsbook at TPC Scottsdale and become the exclusive sports betting partner of the Waste Management Phoenix Open.

Three locations at TPC Scottsdale are being discussed for the “19th hole” sportsbook, which will be open year-round and include in-person betting windows. The goal is to open the sportsbook by the Super Bowl in 2023.

Financial terms and how the revenue from the sportsbook will be shared were not disclosed.

“‘The People’s Open’ is one of the most attended events in golf and with this announcement we look forward to taking the fan experience to another level,” Norb Gambuzza, senior vice president of media and gaming, said in a release announcing the planned sportsbook.

On Monday, the Arizona legislature passed a bill that would authorize regulated sports betting in the state. The legislation allows professional teams and sports venues, including TPC Scottsdale, to receive sports betting licenses. Arizona Gov. Doug Ducey is expected to sign legislation as early as this week. When complete, Arizona will be the 26th state to authorize sports betting since a landmark ruling from the U.S. Supreme Court.

Sportsbooks at sports venues have already popped up in the District of Columbia, where bookmaker William Hill takes wagers inside Capital One Arena, home to the Washington Wizards and Washington Capitals. DraftKings has announced plans to build a retail sportsbook on the premises of Wrigley Field in Chicago, and other stadiums and arenas are considering it.

The sportsbook at a tournament venue is a first for the PGA Tour. Current policy prohibits tournaments from offering on-site betting, but Gambuzza told ESPN that since the planned sportsbook at TPC Scottsdale is a standalone facility, open throughout the year, it will be allowed.

“While it’s technically on the grounds of TPC Scottsdale, it’s not integrated into and a part of the tournament construct,” Gambuzza said.

Next year’s Waste Management Phoenix Open is slated for the week of February 7, 2022.