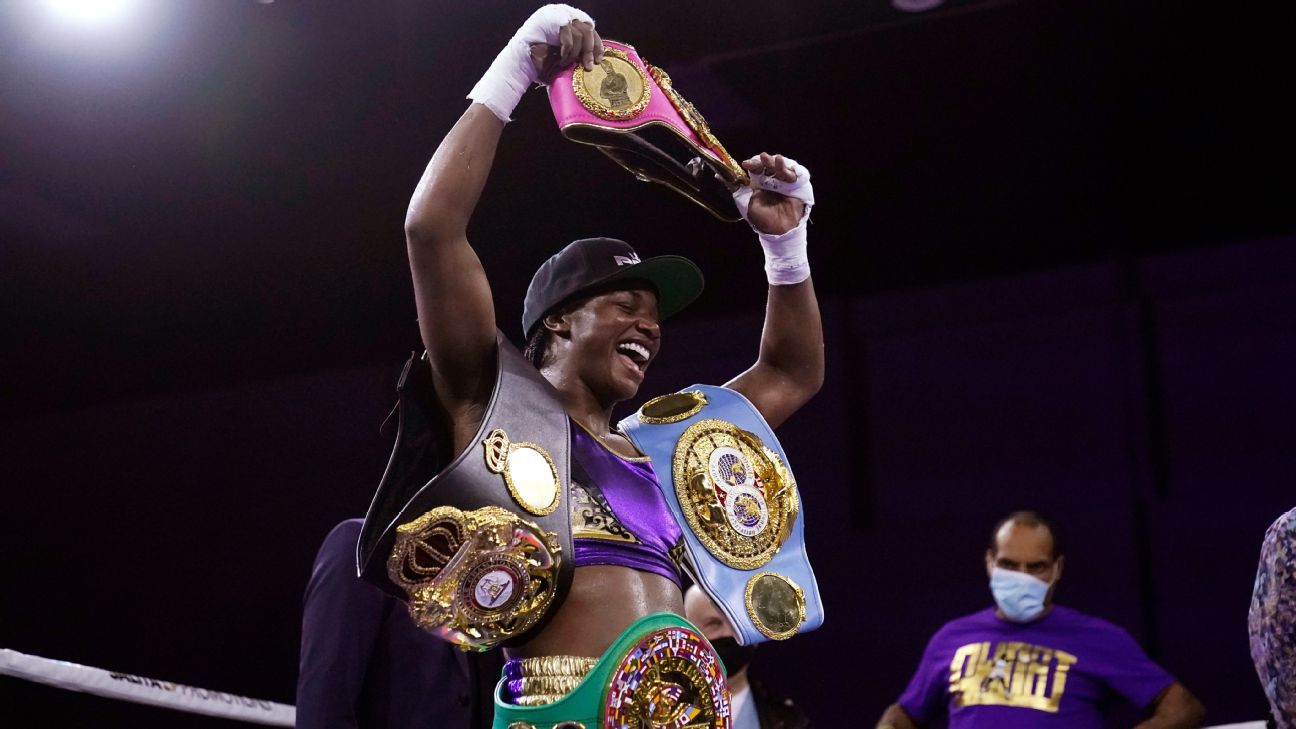 LOS ANGELES — Two-time Olympic boxing gold medalist Claressa Shields has a date and an opponent for her mixed martial arts debut with the Professional Fighters League.

Shields announced her decision to take up MMA late last year. She has been training in Albuquerque, New Mexico, at Jackson Wink MMA Academy, the famed gym where former UFC champions Jon Jones and Holly Holm hone their craft.

“I am very excited to cement my legacy as the ‘Greatest Woman of All Time,'” Shields said. “I cannot wait to step into the PFL cage for the first time on June 10 and show the world that I never back down from a challenge. I have shown I am the best boxer in the world, and eventually I intend to do the same thing as a mixed martial artist.”

After winning Olympic gold in London and Rio de Janeiro, Shields is 11-0 as a pro boxer. She doesn’t intend to give up her boxing career while pursuing MMA glory, and she unified the four major light middleweight titles last March with a unanimous decision over Marie-Eve Dicaire.

Elkin is 3-6 in an MMA career that has included bouts in Bellator and the PFL. She was arm-barred by two-time Olympic judo gold medalist champion Kayla Harrison in the first round of Harrison’s MMA debut in 2018.

“I know she is a great boxer, but this is MMA,” Elkin said. “I plan to show everyone that I am a well-rounded fighter who can compete wherever the fight takes me.”

The PFL’s 2021 season begins April 23 with the first of six consecutive events at the Ocean Casino Resort in Atlantic City. Shields’ debut fight is not part of the promotion’s season-long competition format, which she won’t enter until 2022.

Many fighters have tried to move among boxing and MMA with varying degrees of success, lured by the prospects of increased fame and fortune as rewards for this difficult feat of athletic versatility.

Holm was a champion boxer when she made her MMA debut at 29, and she knocked out Ronda Rousey less than five years later to become the UFC’s bantamweight champ. James Toney and Ricardo Mayorga are among many boxers who made the move much less successfully than Holm.