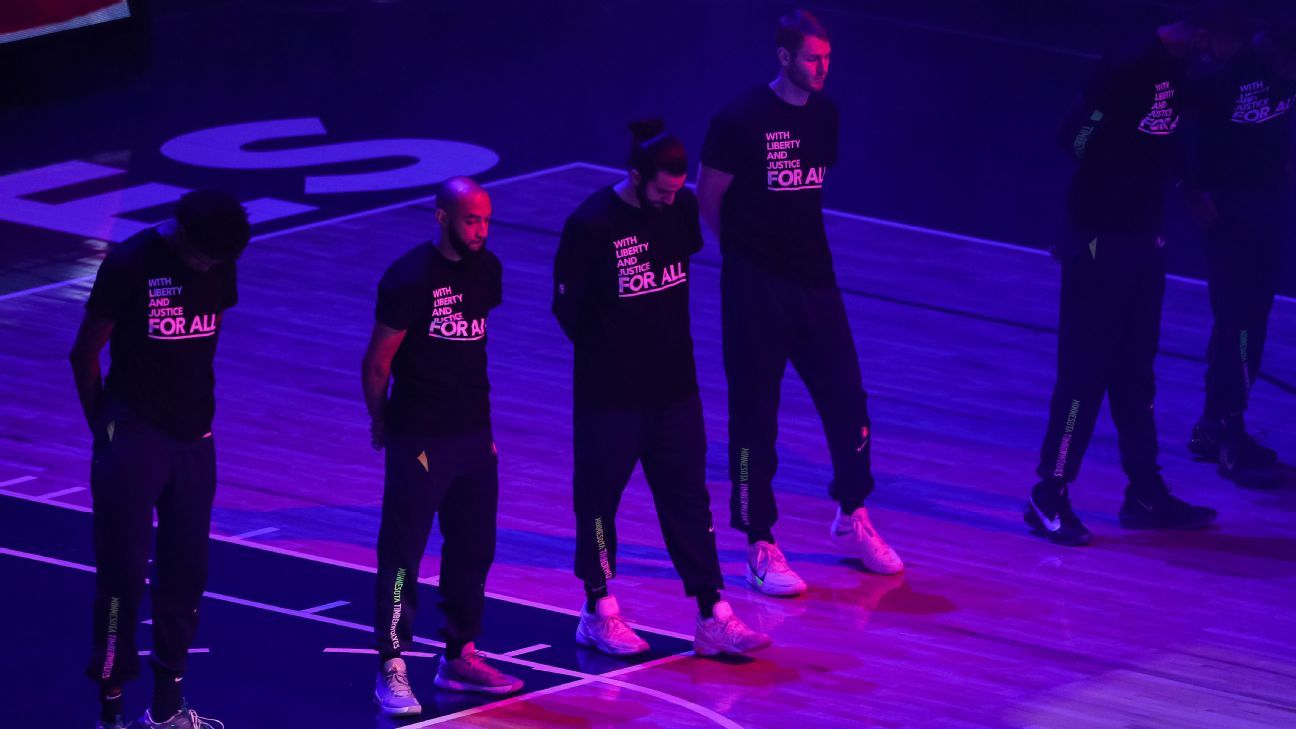 As the Minnesota Timberwolves and Brooklyn Nets resume play after Monday’s game was postponed in the wake of the police shooting of Daunte Wright, Wolves president of basketball operations Gersson Rosas said he hoped playing Tuesday would “give our guys a platform to show and say what they feel.”

“We live here,” Rosas said. “This is our community. To be experiencing this again in a middle of a trial is something that’s very emotional and overwhelming.”

Gannon and Potter’s resignations were announced on Tuesday.

The shooting of Wright coincided with the trail of Derek Chauvin, the former policeman who prosecutors say knelt on George Floyd’s neck for more than nine minutes, killing the unarmed Black man who was handcuffed and pinned to the pavement on May 25, 2020.

Before Monday’s game, Nets coach Steve Nash acknowledged how insignificant a basketball game is in the face of yet another police shooting.

“If we’re not playing for the right reasons, that’s 100 percent OK,” Nash said. “But what does it change if we play today or don’t play today? Change needs to come — meaningful change needs to come at some point. I think meaningful change is much, much deeper than a basketball game. Now, I’d be all for not playing today if there was a step-by-step, sort-of procedural reasoning behind why.

Wright died of a gunshot would to the chest, and his death was ruled as a homicide, according to the Hennepin County Medical Examiner’s office.

In an interview with ABC’s “Good Morning America,” Wright’s mother, Katie, said that her son “loved basketball. He had a two-year-old son that is not going to be able to play basketball with him.”

“I can’t imagine what it’s like to be African American, to be an African American parent,” Nash said. “It’s unacceptable. And it’s devastating to put yourself in their shoes and it’s devastating just to be a part of it. It’s the same thing over and over again. People are losing their lives for no reason. And it’s been happening for hundreds of years. And we’re still here in 2021.”

“It’s a tough time for basketball to be at the forefront.”

Information from ESPN’s Joon Lee and The Associated Press was used in this report.