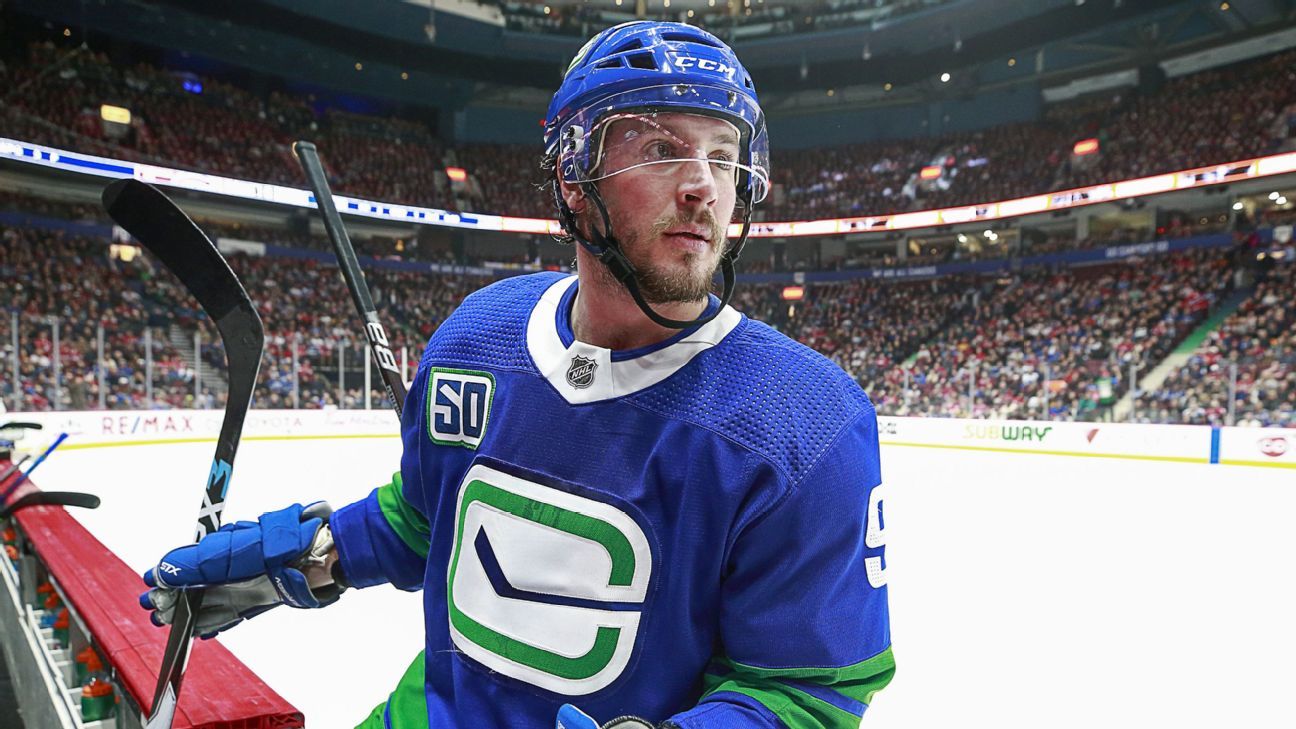 Vancouver Canucks forward J.T. Miller thinks his team is being rushed onto the ice after a COVID-19 outbreak, saying it is “dangerous to a lot of players.”

“What we’re being asked to do is not going to be too safe, if you’re asking me,” Miller told reporters on Wednesday.

Miller added: “It’s kind of frustrating, if I’m being honest with you. We try to talk about the No. 1 priority being the players health and their families’ safety, and it’s almost impossible to do with what they’ve asked us to do here on our return.”

The Canucks haven’t played since March 24 as the team was ravaged by an outbreak involving a variant of the virus. Many players were symptomatic. The team is back on the ice this week and Vancouver is scheduled for a game Friday against the Oilers. To complete its 56-game schedule, Vancouver must play its remaining 19 games in 31 days.

“It’s kind of crazy,” Miller said. ” I know everyone has a job to do but to expect our entire team to be ready to play in one practice and a pre-game skate is a little bit hard to comprehend.”

One player told ESPN on Tuesday that although doctors have told him he is no longer contagious after contracting the virus, he is still experiencing some after effects, like brain fog. The player told ESPN that he is planning to resume play with the team, though he is concerned about “the unknown.”

All players must be cleared by a cardiologist as well as a team doctor before they are cleared to get back to on the ice.

Miller was one of the few players on the Canucks that did not test positive for COVID-19.

“Mentally, for me, this hasn’t been the easiest year,” Miller said. “I’m coming up on 50 days of quarantine just in this past year. It’s been a rough go for a lot of people, and I’ve definitely been thinking about my teammates and their families every day. I feel fortunate that we weren’t as affected as they were.”

As of Wednesday, there were still seven Canucks players on the NHL’s COVID-19 protocol list; nine players were removed from a day earlier.

“I hope people don’t take this the wrong way, I’m a super competitive guy,” said Miller, a nine-year NHL veteran who also played for the New York Rangers and Tampa Bay Lightning. “But this isn’t about hockey for our team. This is about the health and safety of our players, their family and their children. This isn’t about making the playoffs.”

To accommodate the Canucks games, the NHL has the North Division now ending its schedule May 16; the regular season was originally scheduled to end on May 11.

The NHL said there is a chance that the Stanley Cup playoffs begin for the three United States-based divisions while the North Division still finishes up regular season play.

The Canucks are 10 points behind the Montreal Canadiens for the fourth playoff spot in the North Division.

Many infected players and their families were symptomatic, including some who had fatigue, body aches, chills and dehydration. At least one player required an IV, sources told ESPN. Miller said he had some teammates that were “struggling to breathe going up and down steps.”

Players in the United States have begun to get vaccinated, however rollout has been much slower in Canada.

General manager Jim Benning said last week that no Canucks players have said they want to opt out of the rest of the season.