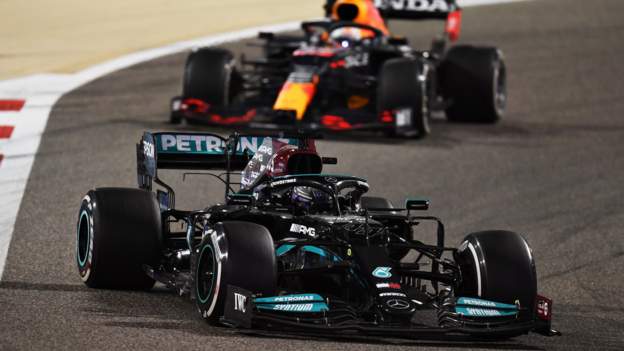 Mercedes’ Lewis Hamilton won the opening race of the season in Bahrain on 28 March after a thrilling showdown with Red Bull’s Max Verstappen.

The Dutchman had overtaken Hamilton with just four laps to go but was forced to hand back the lead as he had run off the track while passing the reigning champion.

You can follow all the action and the latest news on the BBC Sport F1 page and via the BBC Sport app, and catch up with analysis and interviews with the BBC Radio 5 Live Chequered Flag podcast.

All times are GMT. Broadcast times are subject to change at short notice.

If you’re viewing this on the BBC News app, you will need to click here to view the times.