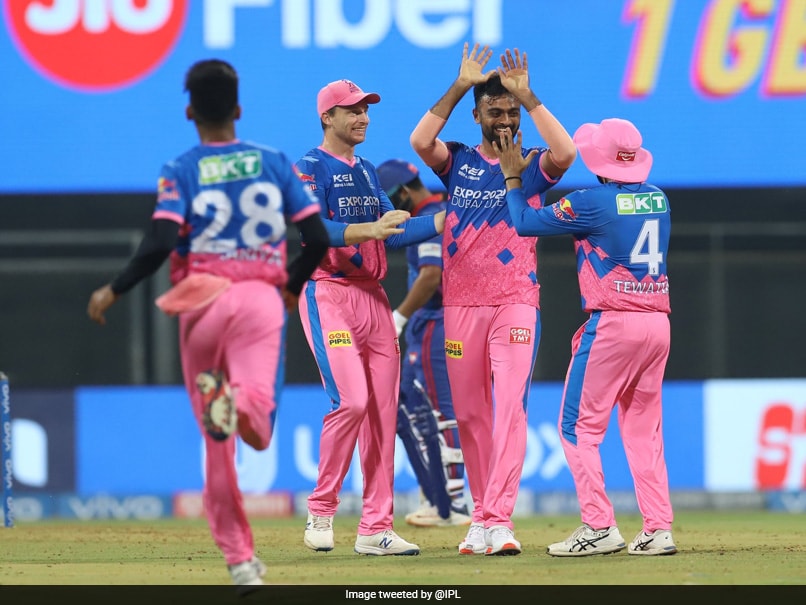 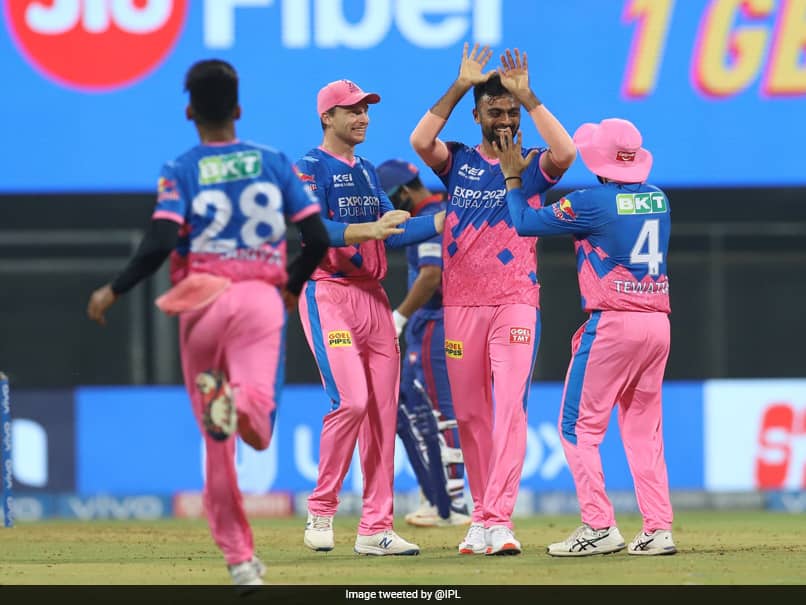 
Rajasthan Royals (RR), after edging Delhi Capitals (DC) by three wickets in their second league match, registered their first two points of the campaign and climbed to the fifth spot on the IPL 2021 Points Table. Delhi Capitals, who began the match as a second-placed side, dropped down to fourth on the points table as their Net Run Rate (NRR) took a hit after Thursday’s loss. Benefitting from Delhi’s defeat, defending champions Mumbai Indians (MI) and Punjab Kings (PBKS) rose to second and third positions respectively. Royal Challengers Bangalore (RCB) continue to lead the points table after winning their first two games. Kolkata Knight Riders (KKR), who also have two points from as many matches, are placed on the sixth position, while SunRisers Hyderabad (SRH) and Chennai Super Kings (CSK), who are yet to get off the mark, form the bottom two of the eight-team table.

Rajasthan Royals skipper Sanju Samson missed the chance to top the batting chart after he got out cheaply, managing only four runs against Delhi Capitals. KKR’s Nitish Rana continues to lead the Orange Cap race, with 137 runs from first two matches. Delhi Capitals’ both openers Shikhar Dhawan and Prithvi Shaw failed to get going against RR, thereby missing the chance to cause much difference in the leading run-scorers’ list. However, DC skipper Rishabh Pant entered the top 10 after scoring a fighting fifty in the match. He now has 66 runs from two matches and is occupying the tenth spot.

Delhi Capitals pacer Avesh Khan, after yet another successful outing, acquired the third spot on the leading wicket-takers’ list with five wickets from two matches. His fellow fast bowler Chris Woakes also made inroads in the standings, climbing to fifth position, having picked four wickets so far. Rajasthan Royals fast bowler Jaydev Unadkat, playing his first game of the season, picked up three wickets and rose to seventh in the standings, eclipsing the likes of Pat Cummins and Trent Boult.