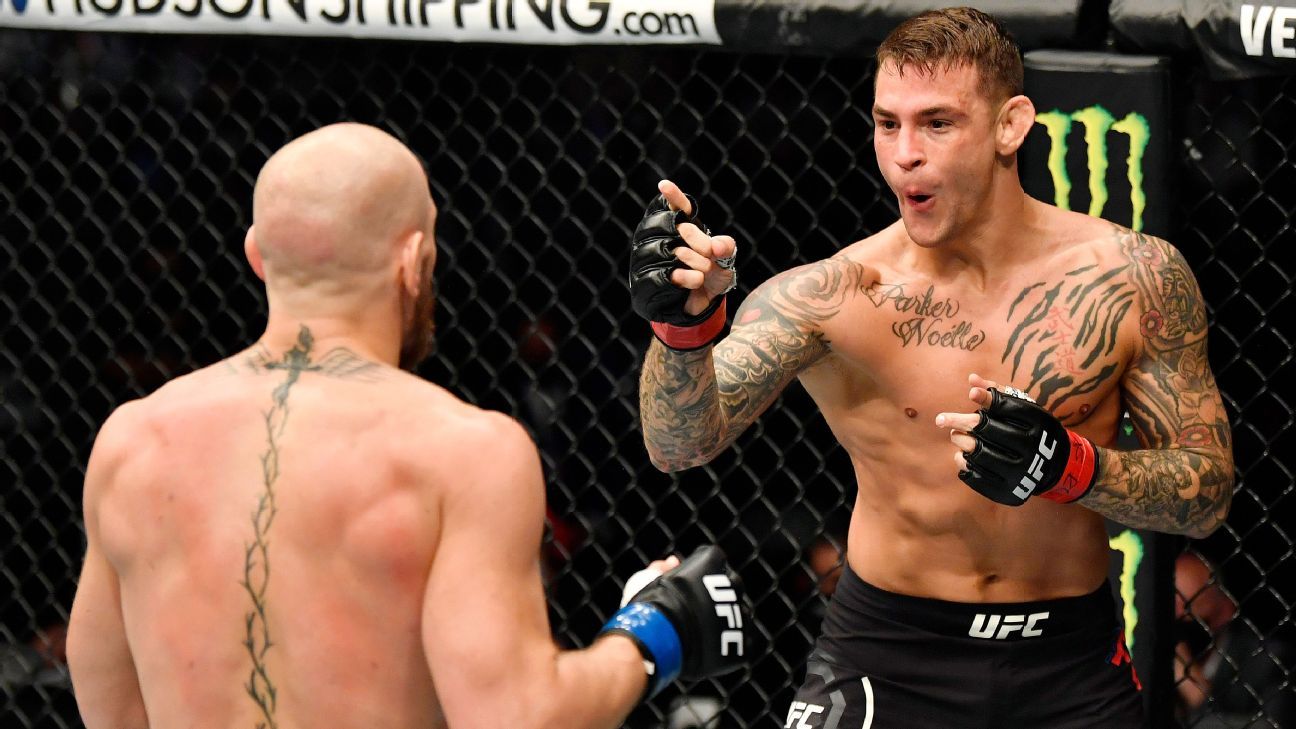 UFC lightweight contender Dustin Poirier says he made a mistake in publicly criticizing Conor McGregor for not following through on a pledge to donate $500,000 to Poirier’s charity foundation.

It was announced Wednesday morning that McGregor and Poirier — who are 1-1 against each other — would finish their trilogy at UFC 264. Later Wednesday, Poirier attempted to quash the charity beef by tweeting that he shouldn’t have taken matters public.

“I’m very passionate about my charity, as you all know,” Poirier wrote. “I jumped the gun, and took private matters between Conor and my foundation public. My mistake, we live, we learn. Spreading positivity and doing good is my goal! I feel like I have brought a negative energy and personal opinions into something I am working so hard on, that gives people a reason to cheer and smile.”

1-1 July 10th we will settle the score! Excited for the Trilogy with @TheNotoriousMMA but wanted to address this first. pic.twitter.com/03GaPPSfeH

Before the two fought at UFC 257 in January, McGregor said he would donate $500,000 to The Good Fight Foundation, which Poirier operates. The goal was to build a gym for disadvantaged youth in Poirier’s hometown of Lafayette, Louisiana.

On Sunday, Poirier indicated that McGregor had not followed through. McGregor, who has been active during the coronavirus pandemic in donating supplies to front-line workers in Ireland, angrily responded by saying his team had been trying to get the details for how the money was going to be spent.

The conflict escalated to the point that McGregor suggested he would seek another opponent, instead of facing Poirier on July 10, although that threat didn’t last long.