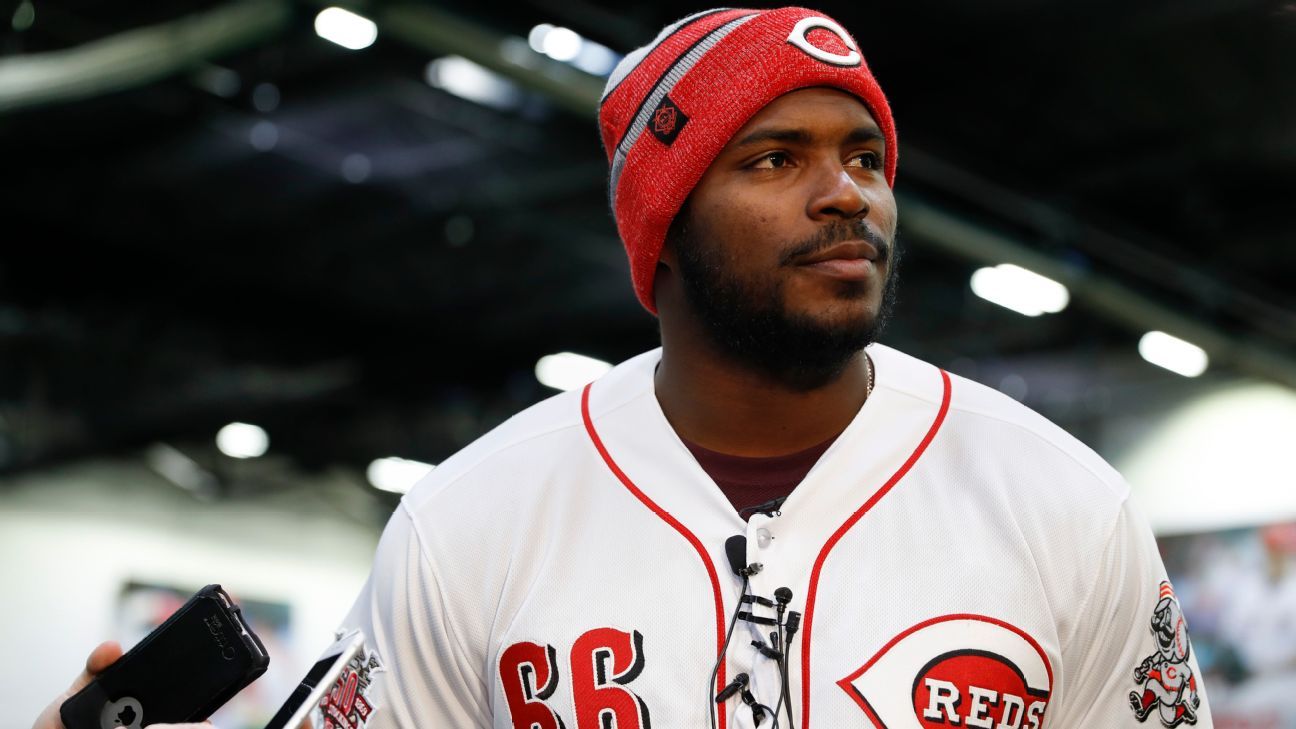 In a statement released on his Twitter feed Tuesday, free-agent outfielder Yasiel Puig has denied claims in a lawsuit that he sexually assaulted a woman in 2018 and said that the allegations have prevented him from continuing his Major League career.

“I am speaking out now to defend my name against false and malicious allegations by a woman who claims I assaulted her in 2018,” Puig wrote. “These allegations are totally false, the evidence proves they are false, and I look forward to all the facts and the truth coming out.”

The woman, identified in federal court documents only as Jane Roe, sued Puig last October, saying the former Dodgers outfielder followed her into a Staples Center bathroom after a Lakers game on Oct. 31, 2018, “pinned her with one arm” to prevent her from leaving, groped her and masturbated in front of her.

The woman did not file a police report. Puig has not been charged with any crime and he has previously denied the allegations in a court filing.

In his statement Tuesday, released by his attorneys, Puig said: “The fact is that I had consensual sex with a woman I met at a Lakers game after she propositioned me. Afterward we talked about going out together, but she said she did not want her fiancé to find out.”

Attorney Taylor Rayfield, who is representing the woman, said in a statement to ESPN Wednesday, “The simple fact of the matter is that our client never engaged in consensual sexual activity with Mr. Puig — not at the Staples Center Chairman’s Club, and not anywhere else.”

In her own statement, released through Rayfield, the woman said, “I am an out and proud lesbian and have been during my entire adult life. My female fiancée and I were enjoying a Lakers game at the Staples Center when this attack occurred.” She added that the notion that she would leave her fianceé for a sexual encounter in the bathroom with someone she’d just met “is demeaning and ridiculous.”

Puig said Tuesday that he and the woman “messaged each other” after their encounter and planned to get together but never did.

Puig’s Los Angeles-based attorneys, Alan Jackson and Caleb Mason, also said in their statement Tuesday that text messages between Puig and the woman help to confirm Puig’s account of what happened.

“On November 2, 2018, two days after their encounter, when Mr. Puig wrote to ask her when they could see each other again, she replied “I[‘m] working it out! I didn’t forget about you.”

Puig’s attorneys point out that the woman sent Puig heart emoji messages and that, on November 23, 2018, several weeks after the Lakers game, she messaged Puig asking him when he would be back in town.

ESPN has reviewed text message exchanges between Puig and the woman, which became public through an exhibit filed as part of the woman’s federal lawsuit.

She did send the text messages Puig’s legal team referenced but only after Puig had sent her several messages in an apparent attempt to meet privately.

Rayfield said the woman only sent those messages because she was “fearful of a further attack or retribution by Puig,” and in an attempt “to de-escalate his behavior by providing curt responses.”

In their statement Tuesday, Puig’s attorneys did not include a text message Puig sent the woman hours after the Lakers game. In that text, Puig wrote: “Private between me and me [sic] everything that happens no one has to know,” according to the transcript of text messages that appears in court documents.

Last month, ESPN reported that a number of teams had factored the allegations, as well as Puig’s declining play, into their decision making when considering him as a free-agent signing.

“Nobody wants the headache,” one front-office source told ESPN.

Puig said Tuesday he initially remained silent about the allegations against him on the advice of his attorneys and is speaking out now because of delays in the legal system and a civil case that has unfairly tarnished his image in baseball circles.

“With a mere unsupported accusation, the sports world has turned against me without ever hearing my side,” Puig said in the statement from his attorneys.

“All I ask is that I be given the chance to prove these claims false, and in the meantime, play the game that I love so much.”