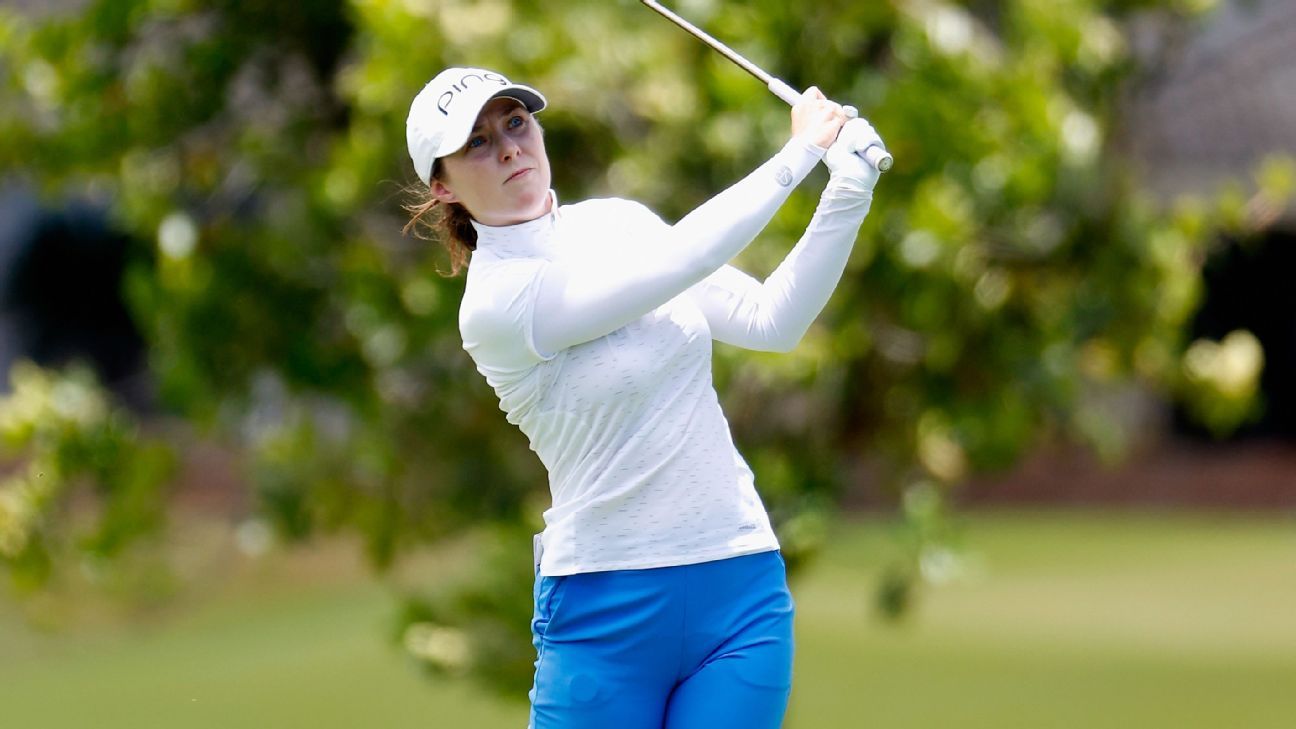 KAPOLEI, Hawaii — Fast finishes put Yuka Saso and Brittany Altomare at the top of the Lotte Championship leaderboard Wednesday morning with rounds of 8-under 64. No one caught them in ideal afternoon conditions at Kapolei Golf Club.

Fourth-ranked Nelly Korda came closest, shooting a 65 that left her tied with two-time major champion So Yeon Ryu and Ally Ewing, both of whom played in the morning. Stacy Lewis was two shots back on a day when 47 players shot in the 60s.

Jessica Korda, Nelly’s older sister, was part of a group at 67 that included the world’s top-ranked amateur, 17-year-old Rose Zhang. Lydia Ko also shot 67, coming off a record-tying final-round 62 to finish second in the year’s first major, the ANA Inspiration, two weeks ago.

Sixth-ranked Brooke Henderson, who won this event in 2018 and 2019 – last year’s tournament was canceled because of the coronavirus pandemic — shot 68, as did No. 5 Danielle Kang. Henderson hit every fairway and green in regulation, but needed 32 putts.

Saso, a 19-year-old from the Philippines, birdied five of her last six holes. She is playing on a sponsor’s exemption. The 2019 Girls Junior PGA Champion turned pro that November after earning her card on the Japan LPGA Tour, where she is currently third on the money list.

“I made some good putts, had good up and downs, my driving was very consistent today,” Saso said. “I think, yeah, that made me lucky.”

Altomare, who like Saso, finished on the front nine, played it in 29 with birdies on Nos. 1-7, finishing the run with a chip-in. She needed just 24 putts to post her career-low LPGA round. The four-time All-American at Virginia has never won in seven years on tour.

Hawaii-born Michelle Wie West, the 2014 champion, is not playing. She competed in the previous two LPGA events in her return after giving birth to a daughter last year.

After seven years at nearby Ko Olina Golf Club, the tournament moved to Kapolei, which previously hosted the LPGA’s Hawaiian Open from 1996 to 2001 and has also hosted the PGA Tour Champions.