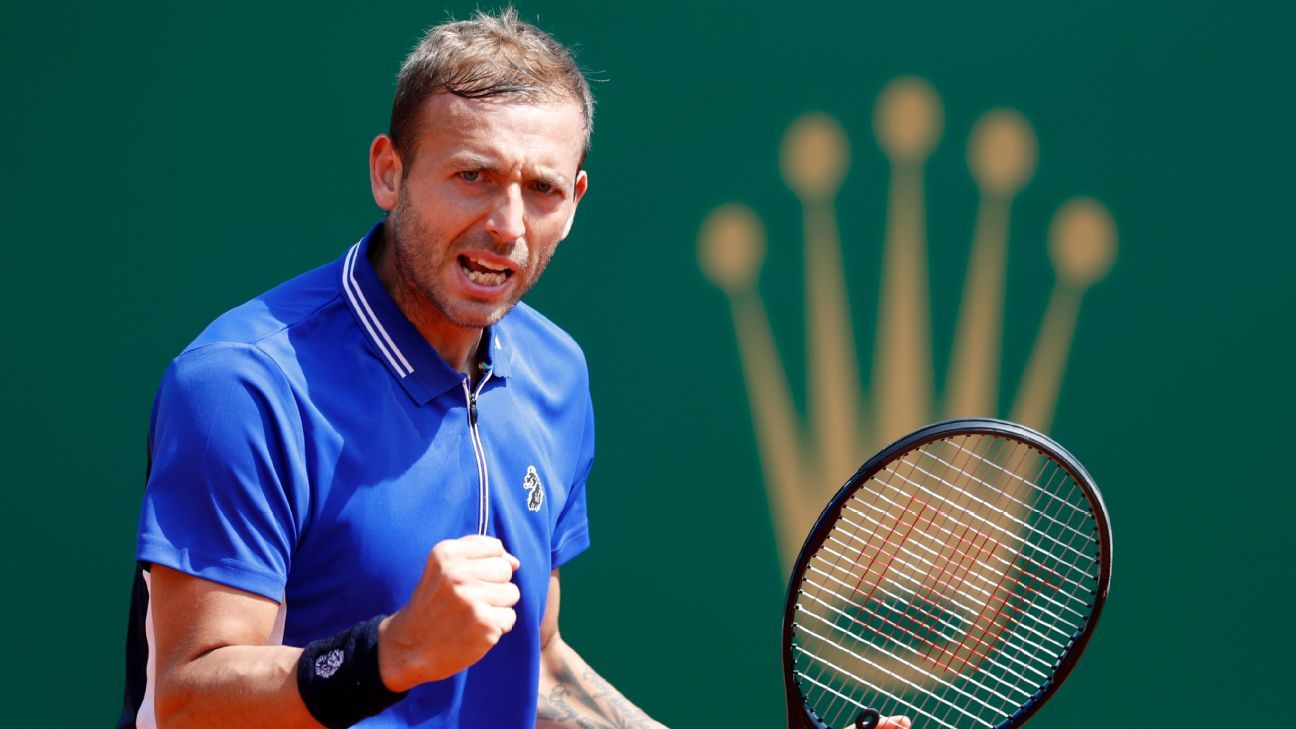 The British player will contest the first Masters semifinal of his career against fourth-seeded Stefanos Tsitsipas, a French Open semifinalist last year. The big-serving Greek led 7-5 against Alejandro Davidovich Fokina when the unseeded Spaniard abandoned with a thigh injury.

In the day’s first match, Evans led 5-3 but Goffin won the next four games to take the first set. However, the Belgian could not get a grip on a contest where he converted just two of his 17 break points, and his double-fault gave Evans the second set.

Goffin shouted at himself after wasting three break points in the opening game of the decider, but then did even worse when he blew four break points at 4-4.

Having been let off the hook once more, Evans sensed victory and took it on his first match point when Goffin’s forehand went wide.

“It wasn’t easy after the match yesterday, I felt really tired afterwards. To get back and focus, it was difficult,” said Evans, who has only one career title. “I am proud of how I came back today, especially with what happened in the first set. I felt (my) concentration wasn’t great and I am really happy coming through.”

Ruud next faces either Nadal or Rublev at the clay-court tournament, which was canceled last year because of the coronavirus.