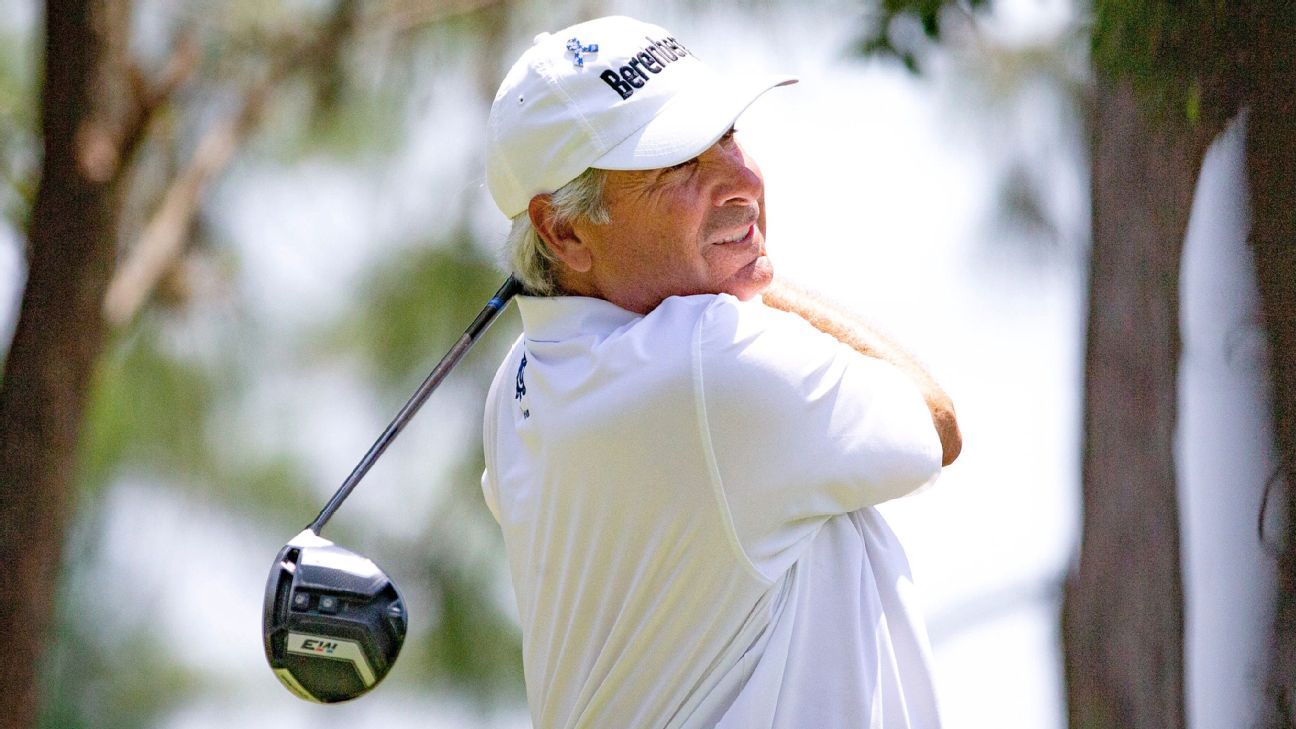 NAPLES, Fla. — Fred Couples put in more work than usual to get ready for the Masters, only to have his worst performance in 36 appearances. Back on the PGA Tour Champions, he was more at ease and close to flawless.

Couples didn’t miss a fairway, setting up wedges or short irons into most of the holes, and he had a 9-under 63 to build a two-shot lead after the opening round Friday of the Chubb Classic.

Bernhard Langer, one of players at Augusta National last week, shot a 65. Ryder Cup captain Steve Stricker was among those another shot behind.

Couples matched his lowest round of the season with a 63, which featured five straight birdies to close out the front nine on the Black course at Tiburon Golf Club.

He couldn’t remember all the details of his round, only that it was easy.

“A lot of wedges, but I hit a lot of fairways,” Couples said. “I kept the ball in play, kept it below the hole and the hole got big there for about a five-hole stretch. And I hit the ball solid all day. But hitting the fairways was huge.”

Couples isn’t sure what happened at the Masters, where he had rounds of 79-78. He spent time in Florida with longtime friend Sam Reeves at Seminole, where he played with a few PGA Tour players to get ready.

“And then I got to Augusta and I just kind of froze on a few shots out there. All that practice didn’t pay off,” he said. “But I can promise you today was a good day ballstriking. And I have practiced pretty hard, so it’s payoff today.”

Jose Maria Olazabal, the two-time Masters champion and the only player at the Chubb Classic to make the cut at Augusta National this year, opened with a 73.

Langer had few complaints about his 65, mainly because he was a late arrival. He had a board meeting in Sioux Falls, South Dakota, and didn’t get to the course until Wednesday. His first time seeing the Black course was for the pro-am, not a usual practice round.

“Maybe that will become a routine if it keeps going like this. Maybe I’ll show up Thursday morning from now on and just go,” he said. “I’ve done it once or twice if I had to. I wouldn’t call it ideal. I have a great caddie who’s done the homework, and as long as I hit it where I’m looking, we’re in good shape.”

Kevin Sutherland, the Charles Schwab Cup leader, opened with a 70.