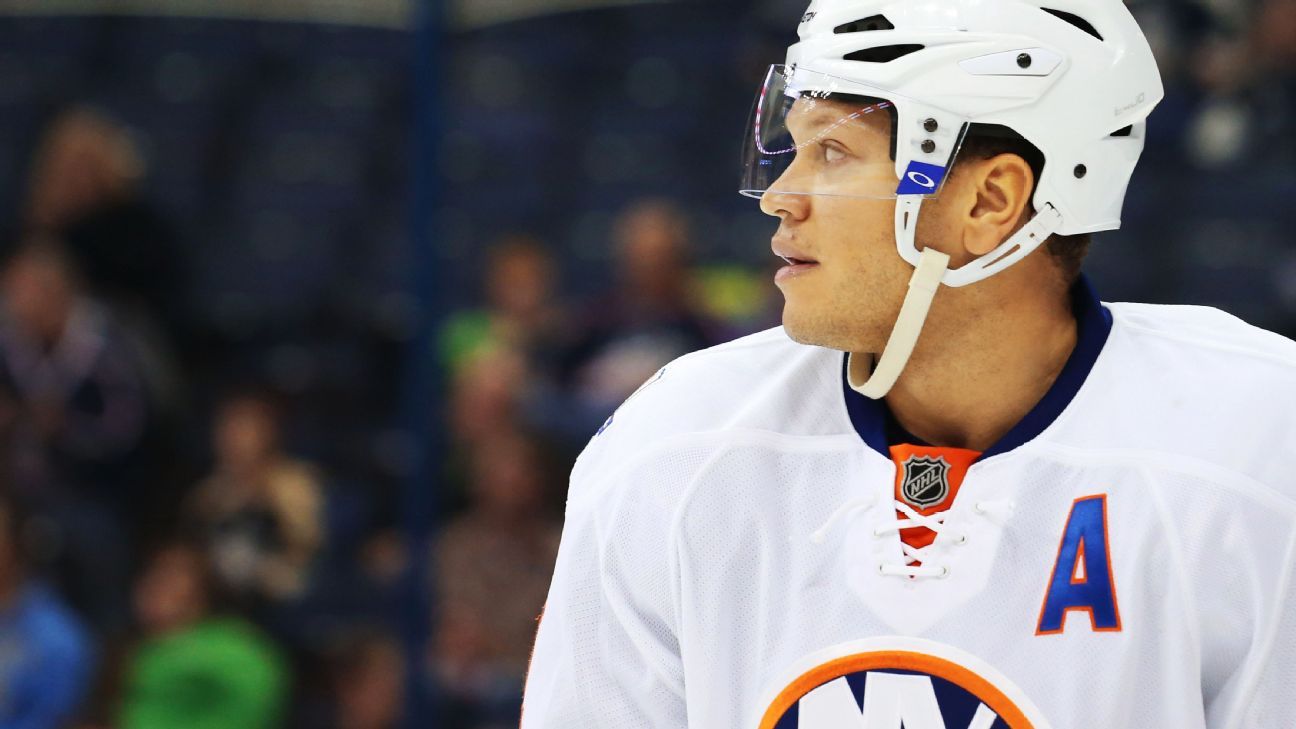 Buffalo Sabres forward Kyle Okposo will miss the rest of the season after undergoing surgery to repair a broken bone in his cheek, the team announced Saturday.

Okposo was injured when he was hit in the face by a puck during Thursday’s win over the Washington Capitals.

The 32-year-old finishes the season with two goals and 11 assists in 35 games.

The Sabres have been struck by a rash of injuries lately, including goaltender Linus Ullmark being week-to-week with a lower-body injury and captain Jack Eichel being ruled out for the season with a herniated disk.