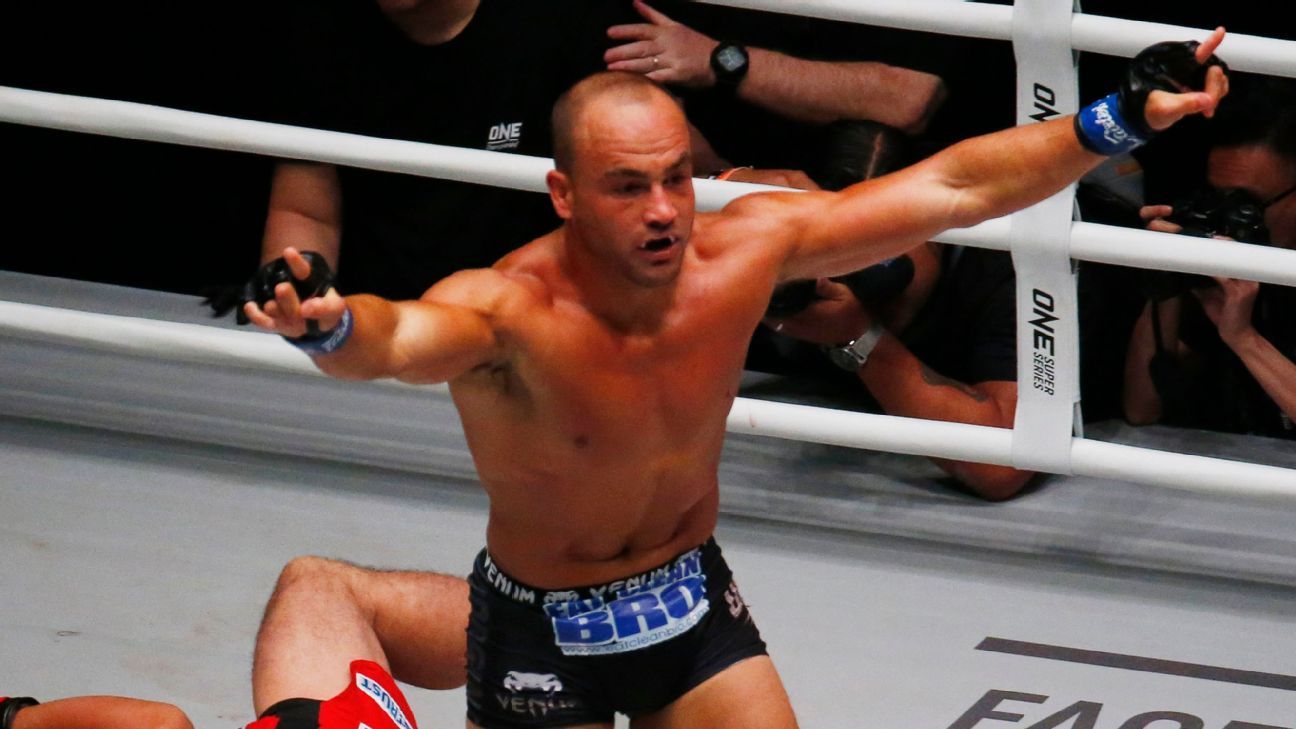 Eddie Alvarez is getting right back to work.

The former UFC and Bellator lightweight champion will fight at ONE on TNT IV on April 28 in Singapore, sources told ESPN. The bout will take place just three weeks after his last fight for ONE.

Alvarez will fight the winner of Marat Gafurov vs. OK Rae Yoon, which airs on April 21, but has already happened. The winner of the bout is not known at this time. The fight was taped earlier this month.

Alvarez (30-8, 1 NC) lost via disqualification on April 7 when the referee in his bout against Iuri Lapicus deemed he hit Lapicus multiple times in the back of the head and Lapicus could not continue. The bout was halted at the 1:02 mark of the first round.

Alvarez said on “Ariel Helwani’s MMA Show” earlier this week that he was hoping to return to action later this month because he was unhappy with the DQ result, which he is currently appealing with ONE and is hoping will be overturned. A decision is expected in the coming days.

Alvarez, 37, also revealed that he is in “serious talks” to box Oscar De La Hoya in July, though that deal isn’t finalized yet.