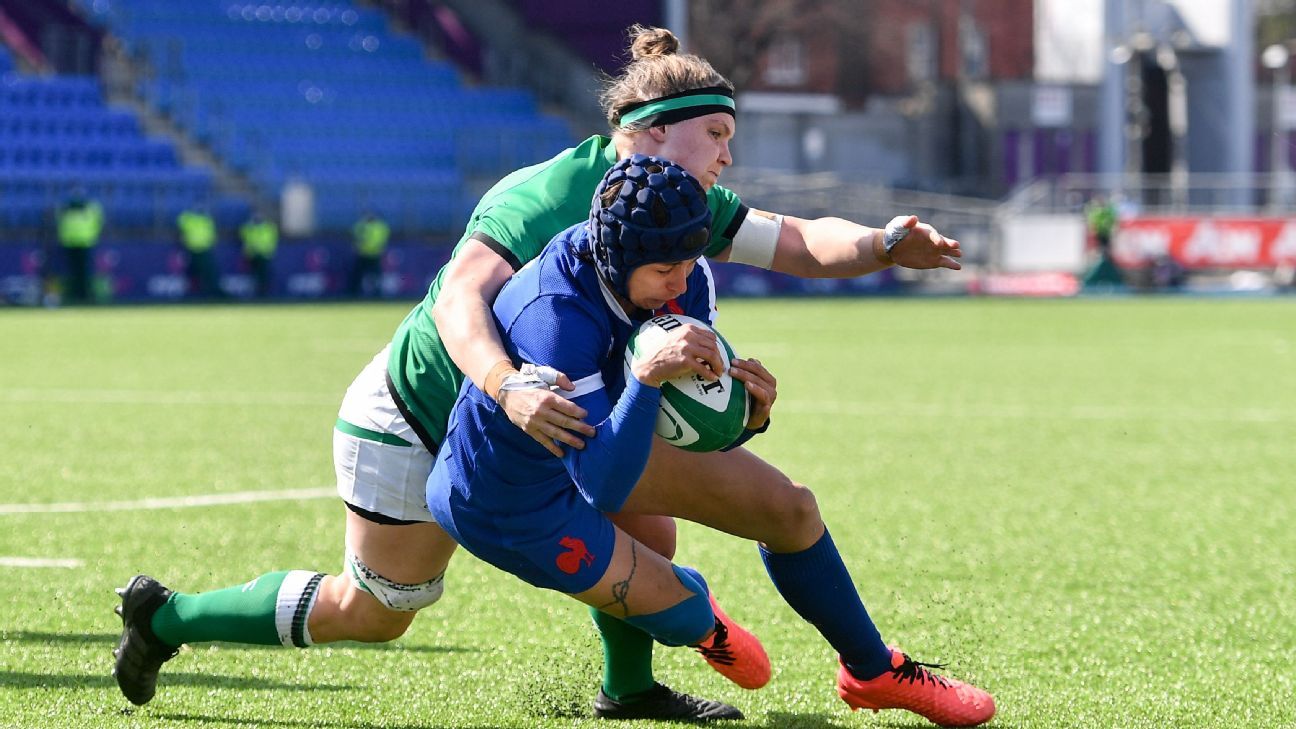 France put on a blistering display as they thrashed Ireland 56-15 in Dublin to win Pool B of the Women’s Six Nations to set up a final clash with fierce rivals England next weekend.

Ireland held their own in the opening period but the rampant French crossed for five tries in the first half to obliterate the Irish, whose excellent recent performance against Wales was quickly forgotten.

Ireland’s error-prone handling and the concession of 20 penalties led to opportunities that were ruthlessly exploited by the French.

Caroline Boujard and Cyrielle Banet both touched down twice as the French racked up eight tries in total, with Emma Hooban collecting the second of Ireland’s tries as a late consolation.

“We were surprised by the score, the first 10 minutes we found it hard to get into the match. The next step is a higher step, England are more difficult.”

In the day’s other game, Italy thrashed Scotland 41-20 to secure second place in Pool A.