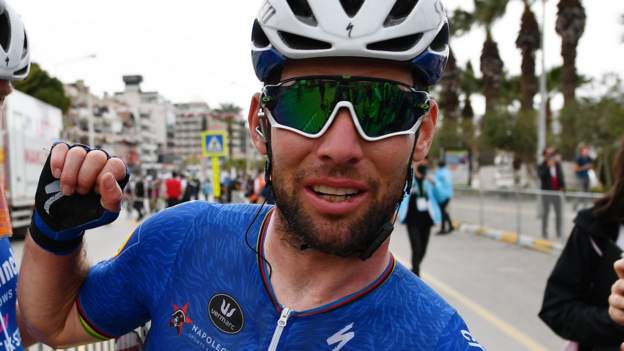 Mark Cavendish won his fourth stage of the 2021 Tour of Turkey as he sprinted to victory in Sunday’s finale.

The British Deceuninck-Quick Step rider had not won a race for nearly three years before the eight-stage event, the wins heralding a major return to form.

The 35-year-old is one of cycling’s most successful sprinters, with 30 Tour de France stage wins, and it was thought he had lost much of his pace.

In a tense run-in following 160km of racing from Bodrum to Kusadasi, Cavendish sat behind his sprint rivals – Belgium’s Jasper Philipsen of Alpecin-Fenix and Andre Greipel of Israel Start Up Nation.

But in the final sprint he came up behind Philipsen and tore past him just before the line, his bike wobbling underneath him with the effort.

The Tour of Turkey is considered the second division of elite cycling below the top-tier World Tour events, but many now believe Cavendish is capable of playing a part in some of the biggest races this season.

His team are yet to rule out involvement in this year’s Tour de France or the other Grand Tour races.