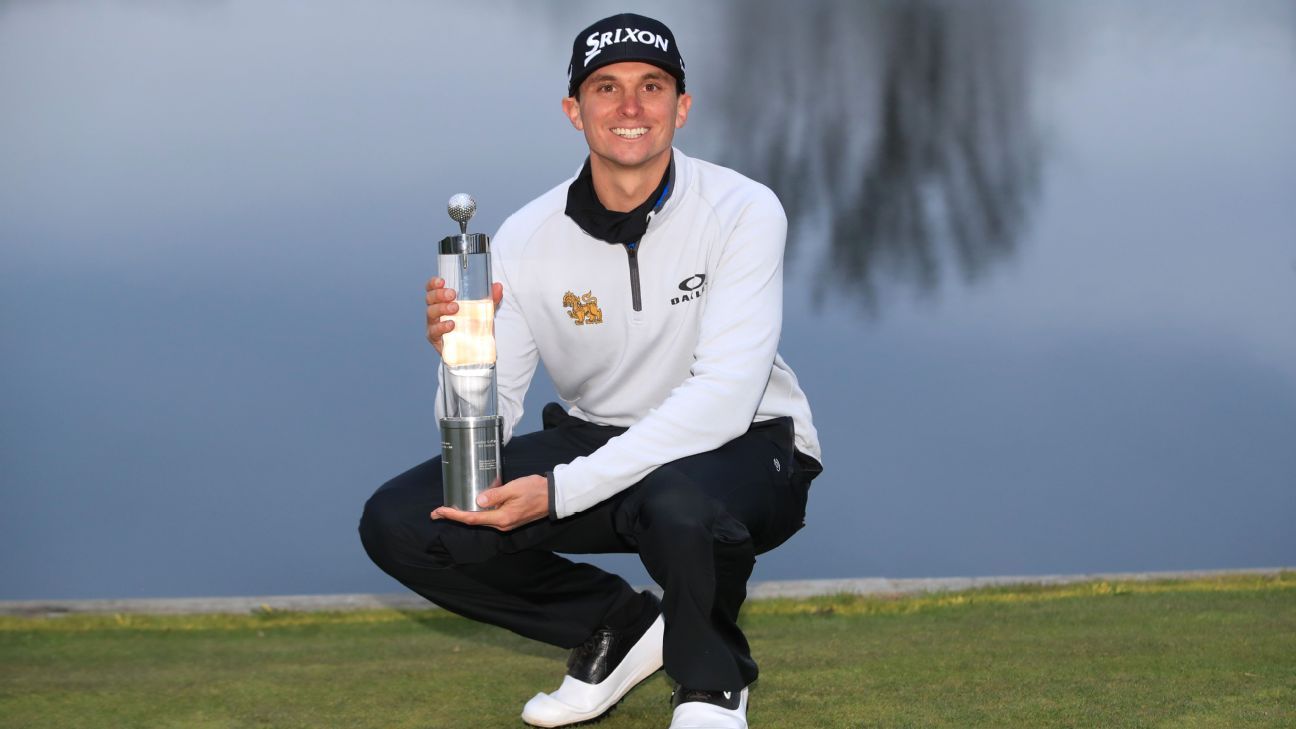 Catlin finished with a round of seven-under-par 65 at Diamond Country Club, near Vienna, to tie for the top spot at 14-under alongside Kieffer, who survived a mid-round slump to card a 66.

The pair returned to the par-three 18th hole for the playoff, where both made par on their first two attempts and then exchanged birdies on the third visit.

A splendid bunker shot helped Catlin save par and stay in the contest on the fourth extra hole before a bogey at the next was enough to claim victory, as Keiffer found water three times on his way to a quintuple-bogey.

Ranked 124th, Catlin is projected to break into the top 80 for the first time in his career when the world rankings are updated on Monday.

The 30-year-old is showing no signs of slowing down as he targets a first major championship appearance this season.

“I’d love to crack that top 50 in the world,” Catlin, who won the Irish Open and Andalucia Masters last year, said. “Just get a chance to play in some major championships — I’ve actually never played in a major.

“I’m thinking this gives me a very good chance to play in the U.S. PGA Championship, that was kind of my goal.

“Winning is never easy, it doesn’t matter what tour you’re playing on and to have gotten this one is definitely something special.”