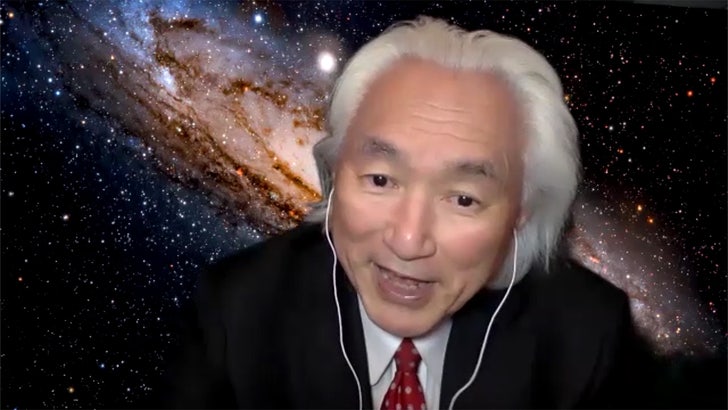 Dr. Michio Kaku — one of the stars of “Ancient Aliens” — says the U.S. government’s admission of a UFO means there are top-secret military weapons in use … or aliens way smarter than us are really here.

The popular physicist tells TMZ … the idea of extraterrestrial visitation is no longer exclusive to tinfoil hat-wearing crackpots and drunks — it’s something we all should accept as a real possibility.

But, here’s the comforting or disappointing part … depending on your point of view. Kaku says if the Navy pilot’s UFO sighting was indeed an alien spacecraft, it means earthlings are totally useless to them.

You have to see him break it down, but it sounds like those of us who are scared of an alien invasion don’t have to worry … because they would have killed us all by now if that’s what they wanted to do.

On the flip side, the author of ‘The God Equation’ believes humans WILL make contact with an alien civilization within the century due to our own advancing technology.

He says that process could be sped up greatly if someone gets abducted by aliens. Kaku has some sound advice if it happens to you. Seriously.